HomeNewsRPOThe evolution of RPO: ‘In an ideal recruitment model, an RPO does 95% of all the recruiting’

The evolution of RPO: ‘In an ideal recruitment model, an RPO does 95% of all the recruiting’

The evolution of Recruitment Process Outsourcing (RPO) in recruitment models is crystal clear — but it could be set for an even larger role, says recruiting expert Kevin Wheeler. “In an ideal model, an RPO does 95% of all the recruiting”, Wheeler said during a webinar. 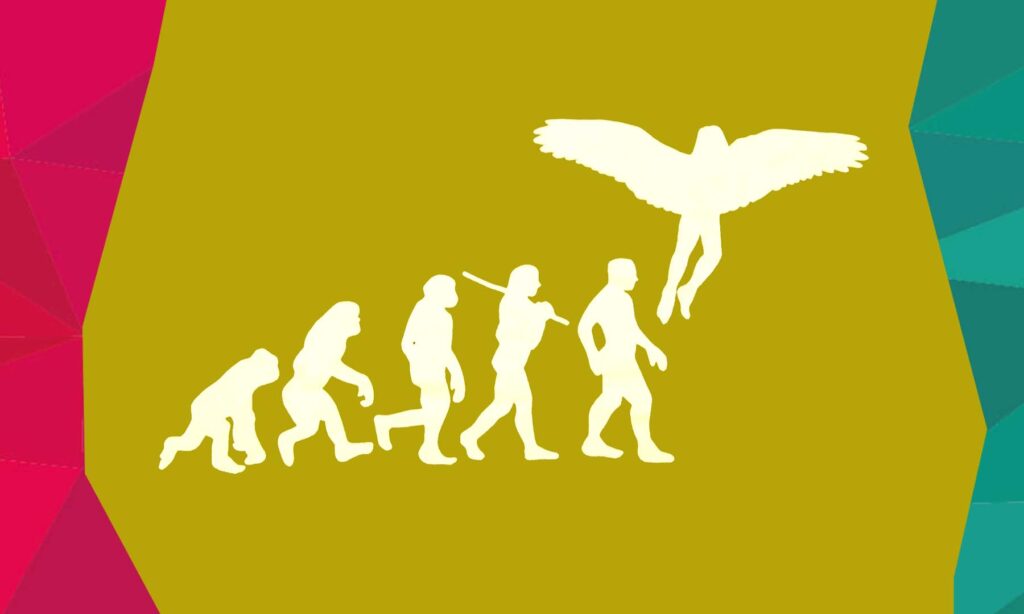 What was once considered a niche player, has rapidly grown into an undeniable force in recruitment. When RPO first came lurking around the corner, it was used as a model to reduce cost and find some type of process efficiency. “Historically, throughout my active recruitment career, RPO was mainly used for hiring hourly people”, Kevin Wheeler, founder of the Future Talent Institute told an exclusive audience present at an Intelligence Group RPO-based webinar.

“It is now a 360 degree solution to the recruitment process.”

But that has changed dramatically, Wheeler argued. “Now, RPO’s are truly able to do a high-level recruitment and do it better than most internal talent functions. In fact, they are now able to do much more than just recruit. They have the ability to take over your branding, your career site and do much more significant analytics than you can do about who you’re hiring and where they’re coming from. It is now a 360 degree solution to the recruitment process.”

Wheeler cites Everest Group research, which clearly illustrates the evolution from RPO 1.0 to the modern-era 3.0 model. “If we look at what RPO’s were used for, RPO 1.0 was used to hire low-level positions, because it was cheaper”, Wheeler said. “It was all about reducing the time-to-hire, the backbone of the system was: ‘Is the hiring manager happy?’, and that was just about it. It was an OK model, but that’s how it began.”

“It [RPO 2.0] excelled at finding people globally that were really hard to find for internal corporate recruiters.”

“RPO 2.0 took it up to a higher level”, Wheeler continued. “It gave organisations access to tougher-to-find people. And that’s where it excelled: finding people globally that were really hard to find for internal corporate recruiters. Because more and more of them had global networks, it was a way to overcome the weaknesses of global talent functions — and really speed it up. With a focus on hiring permanent people, they vendors began to build technology to support this.” 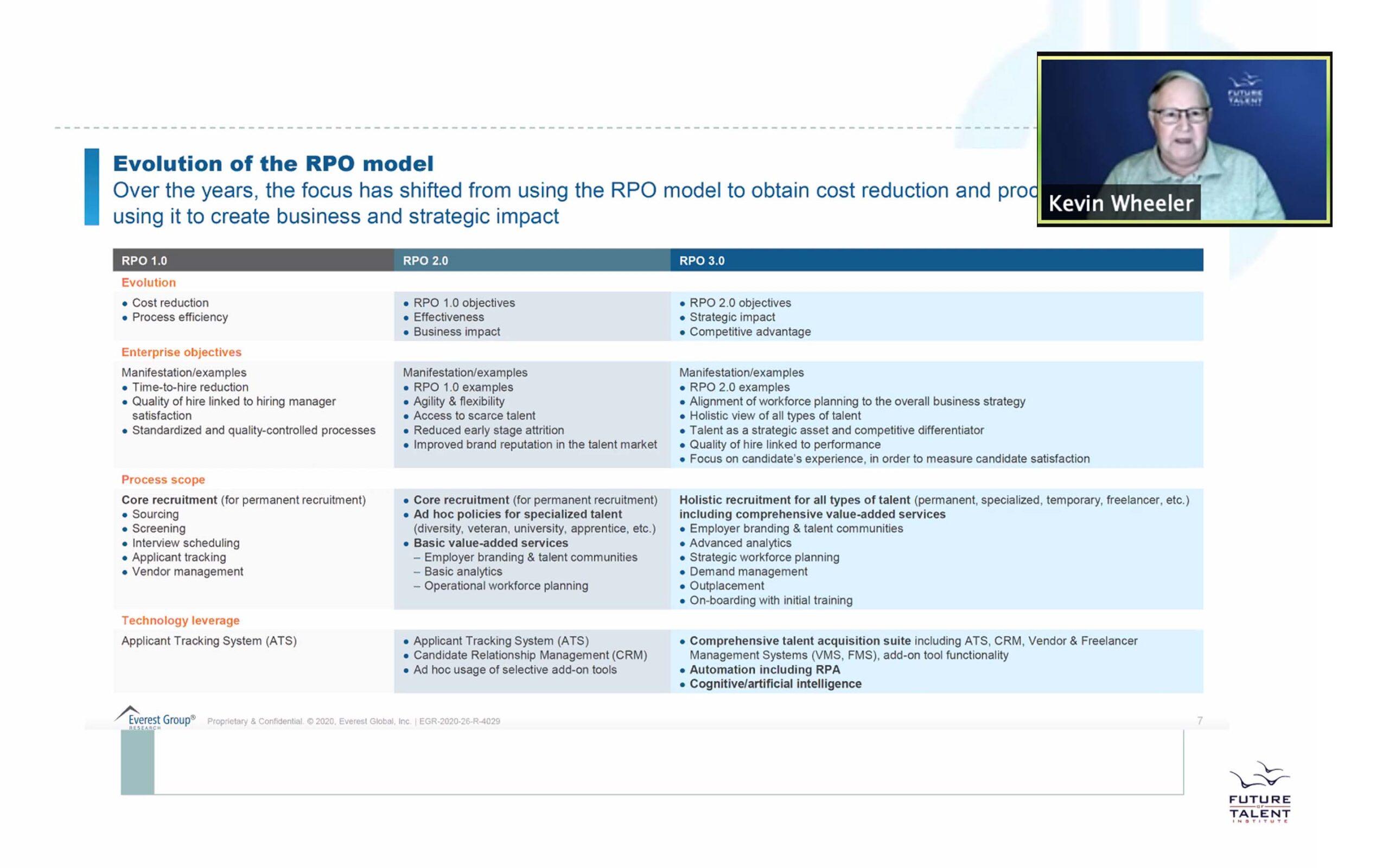 “Finally, RPO 3.0 is a completely different product”, Wheeler says. “A product where RPO’s began to really build talent technology ecosystems to support what they’re doing. All using very comprehensible technology, AI, CRM and other tools that organisations can’t afford or have the skill to use. It is an exciting model, equipped to do better. recruiting. Beyond the world’s top 100 or 200 companies, you probably don’t have the resources to do what they can do.”

‘Europe has become a significant hub for RPO’s’

As RPO’s evolved, Wheeler estimated that the majority (70%) of RPO’s currently still operate within the RPO 2.0. While the RPO scene in the United States has seen ‘explosive growth’ according to Wheeler, Europe is a little bit behind in terms of an en-masse RPO adoption. Europe’s market is largely dominated by British and American-made companies, but that could be set to change, a notion confirmed by Belinda Johnson and research conducted by her company Worklab.

“Europe has become a significant hub for RPO’s with 8 or 10 real heavyweights.”

“In our global research in the summer of 2021 covering around 1,150 visible MSP and RPO programmes”, Johnson said. “We identified 600 pure-play RPO programs currently operating around the world. Of that total number, 185 of them had engagements within the European Union. Historically there has always been quite a big gap between the US and Europe, but Europe has become a significant hub for RPO’s with 8 or 10 real heavyweights.”

“RPO’s are currently bringing a Champions League-like mentality to the European market”, said Geert-Jan Waasdorp, founder and CEO of data and tech company Intelligence Group. “Some organisations are still working with a very old-fashioned framework. RPO’s can function as the thought leaders of the industry. They can quickly speed up the overall notion of how good recruitment can work as a competitive advantage and essential to the business.”

“Let your internal function work on the one-off positions that you need to have, and let RPO take care of the rest.”

With enormous scarcity levels across the board, and an increasing need to recruit across the borders, Wheeler expects RPO to thrive in the recruitment of global workforces. “I expect RPO to have a bigger role moving forward. It can be a true strategic partner for talent functions”, Wheeler said. “Let your internal function work on the one-off positions that you need to have, and let RPO take care of the rest. In an ideal model, RPO does 95% of the recruiting.”