HomeNewsTalent LeadersLucy van der Tas (ESA): ‘We are riding the wave of the astronaut selection’

Lucy van der Tas (ESA): ‘We are riding the wave of the astronaut selection’

In this exclusive interview, Lucy van der Tas, Head of Talent Acquisition for the European Space Agency (ESA), talks in-depth about the organisation’s recruitment philosophy and its challenges for the future. 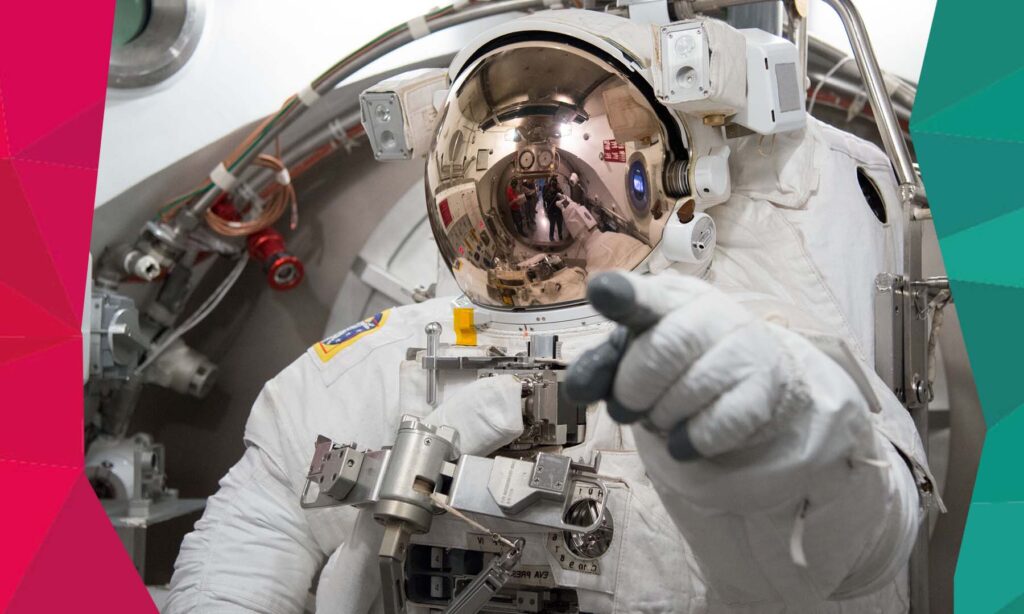 The European Space Agency (ESA) was born in 1975 when Western Europe’s two space agencies, ELDO (European Launcher Development Organisation) and ESRO (European Space Research Organisation), merged. ESA has a unique setup. It represents 22 member states, 3 associate states and 1 cooperating state. Which makes it the world’s only true international space agency and the only one operating for purely peaceful purposes.

“Even though we draw parallels to NASA for obvious reasons — the way we operate is more like the European Union itself.”

But it’s not just astronauts ESA is after. With a workforce of roughly 2500, and only 7 active astronauts, ESA is quite literally recruiting across all sectors. The European Space Agency’s position within Europe’s labour market is an interesting phenomenon. “We’re in a pretty unique role”, Lucy van der Tas, ESA’s head of TA, tells ToTalent in an exclusive interview. “We’re not a multinational, nor are we a commercial organisation. Even though we draw parallels to NASA for obvious reasons — the way we operate is more like the European Union itself. I see European cooperation at its very best on a daily basis.” 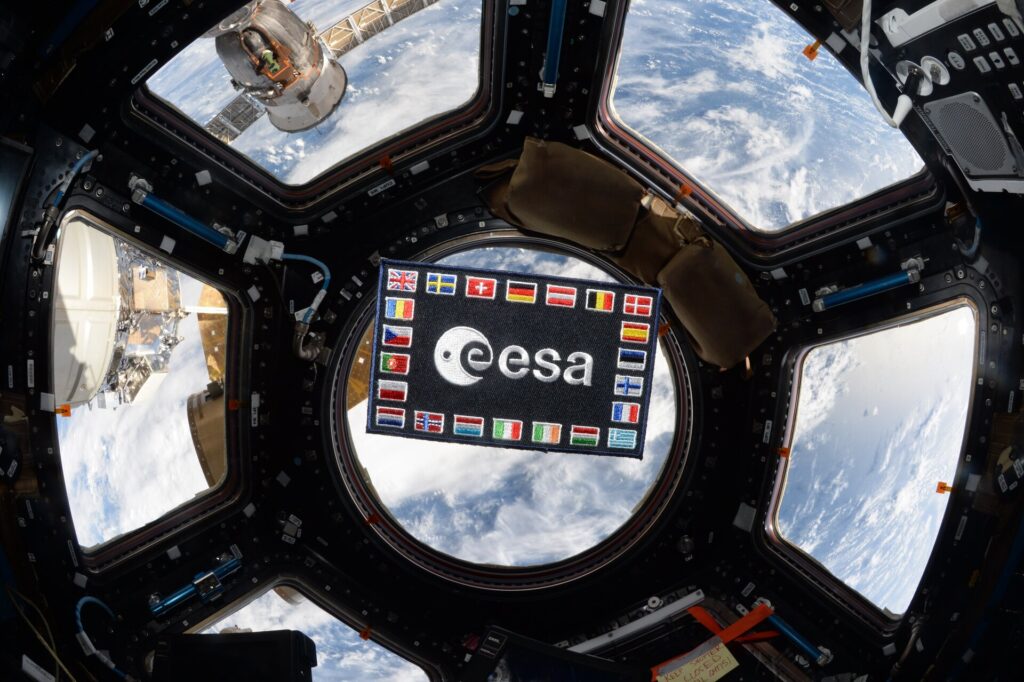 ESA’s recruitment is diverse by nature — as it recruits, partly mandatory, in every single member, associate and cooperating state.

The first ever Head of TA

After spending 30+ years in the organisation’s HR department and the last 10 years as a recruiter, Lucy van der Tas became the European Space Agency’s first-ever Talent Acquisition leader in October 2020. “Of course we were doing talent acquisition in all those years prior, but we called it HR marketing. Job fairs, advertising, that sort of thing. Then we decided to pull it together to become more strategic and focus on the areas we needed to develop further.”

“If you are able to identify good candidates up front, then as soon as a vacancy is identified, you can plug that person into the process.”

“Part of it is finding the people with the right technical competencies. Some of which are very new, while also ensuring that all member states are represented across the organisation”, Van der Tas says. “But I think the biggest thing for the TA side of things is the time-to-hire. I think that’s where talent acquisition can have its biggest impact. If you are able to identify good candidates up front, then as soon as a vacancy is identified, you can plug that person into the process.”

ESA has defined its key principles of recruitment as fivefold. 1: to employ highly qualified staff to enable ESA to achieve its objectives and deliver outstanding results for the Agency. 2: to give primary consideration to qualifications, knowledge, skills and personal qualities, including the capacity to adapt and evolve over the longer term. 3: to ensure that all staffing decisions are fair, equitable and transparent. 4: to give due weight to diversity. 5: to consider the short-term need for flexibility and internal mobility without losing sight of possible long-term requirements for organisational change and the development of career potential.

“You can be the most brilliant speaker, but if you don’t know the subject you’re not going to provide much value.”

Moreover, ESA’s recruitment relies on six behavioural competencies: result orientation, operational efficiency, fostering cooperation, relationship management, continuous improvement and forward-thinking. “For us, most of it relies on recruiting for the technical competency first and then we look at the soft skills”, Van der Tas adds. “You can be the most brilliant speaker, but if you don’t know the subject you’re not going to provide much value.”

‘Riding the wave of the astronaut selection’

Following the announcement of ESA’s latest astronaut selection last year, recent applications have, unsurprisingly, been very astronaut-heavy. And as a whole, ESA hasn’t been short of applicants. “We had roughly 23.000 applications to become an astronaut for ESA. While we are looking for 4-6 career astronauts plus 20 on the reserve”, she says. “All together we had more than 80,000 applications last year. Which came to about a 300% increase of applications compared to the previous year. I’ve never seen a number that high before. We’re clearly riding the wave as a result of the high profile of the ongoing astronaut selection.”

“We see serial applicants who quite literally apply for everything we put out there.”

But as the number of applicants rose to unprecedented heights, Van der Tas still sees plenty of work to be done to ensure the quality of the candidates is there. “We see serial applicants who quite literally apply for everything we put out there”, she says. “Some positions are more attractive than others, but that’s one area we need to work on. Particularly IT roles are where we face challenges, because they largely  want to work anywhere, anytime. But that’s something we simply can’t offer due to our legal and constitutional framework.”

Top of the food chain for space engineers

The COVID-19 pandemic has been a catalyst for ESA to implement new remote working policies. And while Van der Tas expects a much higher portion of the organisation  to work remotely than in the past, the struggle lies with the engineering side of it. “One of the biggest challenges is the need for people to relocate”, she says. “Here in the Netherlands, where roughly 60% of our workforce is located, we have state-of-the-art labs and a state-of-the-art satellite test centre. These aren’t things you can do remotely.”

“For many space engineers, ESA is the end goal. From that point-of-view, we really are the top of the food chain.”

While relocation may be an issue for some roles, ESA generally hasn’t encountered stiff competition for space engineers. “In the ten years that I’ve recruited for ESA, I recruited primarily space engineers. For them, ESA is the end goal. From that point-of-view, we really are the top of the food chain and .our people typically find the work extremely motivating. It’s the non-space engineering, such as IT, and some science jobs where we need to raise the profile of ESA as being somewhere people can apply. And as many of our member states are faced with a diminishing engineering talent pool, ESA will need to cast its net wider, beyond the space engineering community.”

As organisations across all sectors face stiff competition for talent, ESA’s challenges revolve around an ongoing retirement wave. “Between 2020 until 2030, we expect roughly 44% of our workforce to retire”, Van der Tas says. “We’ve known it for some time, and have emphasised knowledge management and transfer. The implementation of a TA role was one of the concrete actions based on this issue.”

“ESA currently can’t recruit from outside its European member states, but there is lots of expertise in India and China.”

As many European organisations face a similar fate in terms of a widespread talent shortage, it may force them to look across European boarders. “I’d say it’s true for most European industries as a whole”, Van der Tas says. “I’d be interested to see what happens with recruitment from outside the EU, and new member states. ESA currently can’t recruit from outside its European member states, but there is lots of expertise in India and China.” 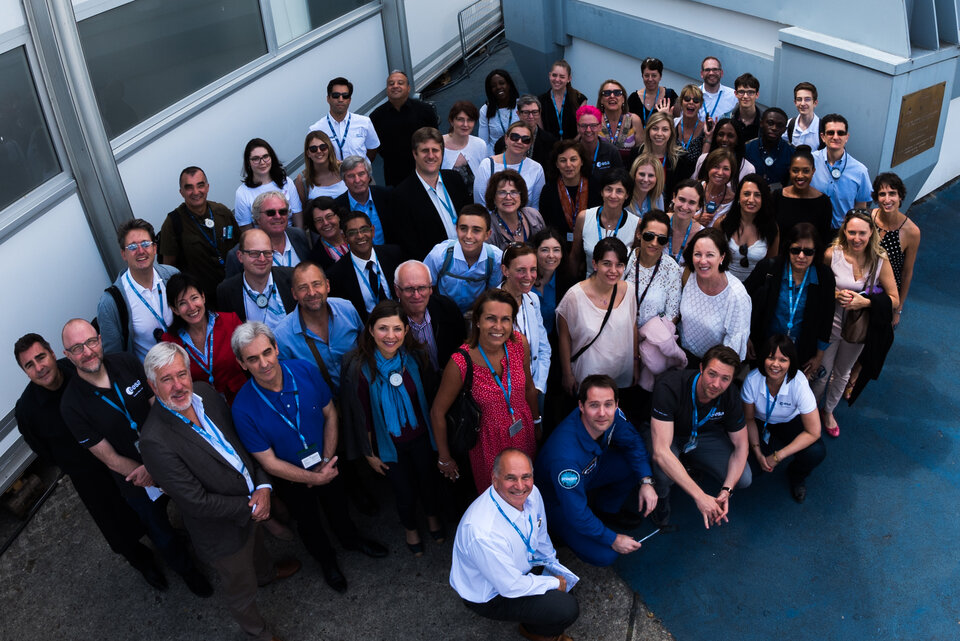 “If Europe doesn’t have the numbers, or can’t generate the financial benefit it needs, we have to rethink what we do and how we do it.”

“European industry as a whole may need to look at new sources as many countries are struggling to find sufficient STEM talent. Birth rates have gone down in European countries while many Chinese or Indian students study at European universities. We listen, we hear the demographic challenges and look at our own challenges. If Europe as a whole doesn’t have the numbers, or it can’t generate the financial benefit it needs to, we have to rethink what we do and how we do it.”

To combat the retirement wave, ESA has extended its current entry level and young graduate programs. This has led to the creation of a new junior professional program. Where those who are selected are given three-year contracts, a tailor-made development program and permanent job at the end of it. “We had a focus on new competencies we needed, like quantum, AI and cybersecurity. I think it will bring us a lot of good moving forward.”

“Our new junior professional program will bring us a lot of good moving forward.”

But Van der Tas is aware of the role ESA’s education program can play in getting young people interested in careers at ESA. “Our education office does a lot of outreach in schools”, she says. “The talent acquisition process usually starts at a student level, at universities. But we also know that people’s choices of study and the direction they go in starts much earlier. And, even though many people may be interested in becoming an astronaut, the chances to make it through the selection process are very small. I hope they will remember that we still have a lot of other great jobs on offer for them.”

This interview with Lucy van der Tas, Head of Talent Acquisition at the European Space Agency (ESA), is part of an in-depth interview series with talent leaders of some of Europe’s leading organisations. Subscribe to our newsletter for more exclusive interviews.

Lucy van der Tas (ESA): ‘We are riding the wave of the astronau...