Hung Lee is the rockstar behind the #1 community for recruiters and HR professionals: Recruiting Brainfood. Renowned for asking the right questions, we thought we’d turn it around. In this interview, he delves into UK trends, shortages and breakthroughs for the remainder of 2022. 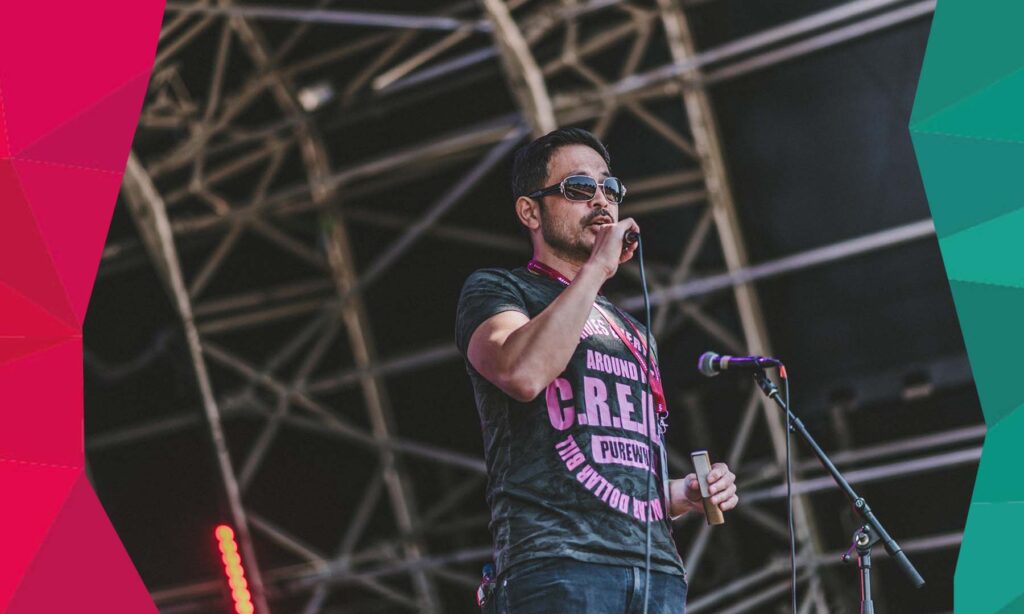 The UK labour market has had its fair share of challenges in the past few years. Dealing with the side-effects of both COVID-19 and Brexit, it has resulted in dramatic labour shortages across the board. 2021 saw the nation(s) break its long-standing record for unfilled vacancies — while the new immigration policies haven’t resulted in nearly enough workers.

The bottleneck of the UK labour market

“Cutting the UK economy off from 400 million people means that flow of immigrant labour from the EU has dramatically fallen”, Hung Lee tells ToTalent. “It turns out that these people have been our nurses, our vets, our baristas, our construction workers, our HGV drivers and so on. Many industry sectors have been highly dependent on this labour. Now, with a new untested, underresourced immigration system and general lack of confidence in relocating, it is not so easy to see where the shortfall is going to be made up.”

“It is not so easy to see where the shortfall is going to be made up.”

While the UK has still seen a steady migrant flow with non-EU immigrants entering the country, Lee is worried about the sectors they’re coming into. “These new people are not directly replacing the EU labour sources in exactly the same professions. We are super dependent on Belgian vets it turns out. And there remains a shortfall that isn’t going to be replaced by Hong Kong accountants. The challenges to hire will inevitable require innovation and change; it will be easier to move the job to where people are if we cannot move the people to the job.”

‘The labour shortage is a paradox’

Lee expects the shortage to continue to be the main topic among organisations. “The labour shortage is a paradox”, he says. “There should be an excess of 144 million workers available globally, but it is also a real phenomenon. The fact of the matter is that we have been overly dependent on seasonal, student and immigrant labour to conduct many of the services society depended upon. The COVID period has effectively shut off these labour streams. Leaving economies realising that they had been underpaying for these services for a long time. And can now, no longer do so.”

Recruiters are scarce, too

Recruiters, meanwhile, have also been scarce in the United Kingdom. Lee expects that problem to ensue throughout much of 2022. “It is quite an important issue to solve”, he says. “If we do not manage to make enough local recruiters in this time, inevitably employers will look to alternatives. Mainly remote recruiters delivering the services from elsewhere in the world. Innovative companies were already doing this of course: HQ in UK, delivery from Ukraine, South Africa, Philippines. But it will become a cascade if hiring local recruiters continues to be difficult.”

“It will become a cascade if hiring local recruiters continues to be difficult.”

‘I’m expecting a massive growth of the boutique RPO market’

In the field of talent acquisition and recruitment, Lee looks to the British boutique Recruitment Process Outsourcing (RPO) market. “I’m expecting a massive growth of the boutique RPO market”, he says. “The shift to remote has already made the distinction between traditional agency supplier versus ‘embedded recruiter’ to be on mainly based on payment terms. I foresee agencies flooding into this market offering RPO terms, as alternative to traditional supply. This should be good news for customers who will receive increased choice and reduced costs as competition exerts deflationary pressure.”

The UK has typically been a hotbed for new recruitment and HR breakthroughs. Who does Lee foresee as disruptors of the market in 2022? “I am most excited about the field of Interview Analytics or Interview Intelligence”, he says. “This is an emerging category where the focus of the technology is applied to the interviewer not the candidate. Via transcription of interview, speech analysis or ratio of time spent talking. We have moved decisively away from using ‘AI, tell us who is the best candidate’ to ‘AI, tell us who is the best recruiter’. Brighthire, Metaview, Equitas are some of the players in this space.”