With 66% of workers experiencing unhealthy levels of stress at work, Europe currently faces an employee mental health crisis. “The mental well-being of employees should be the #1 priority for C-suites. What leaders do, and not say, is the benchmark here”, says Vessy Tasheva, Founder & CEO of Vessy.com. 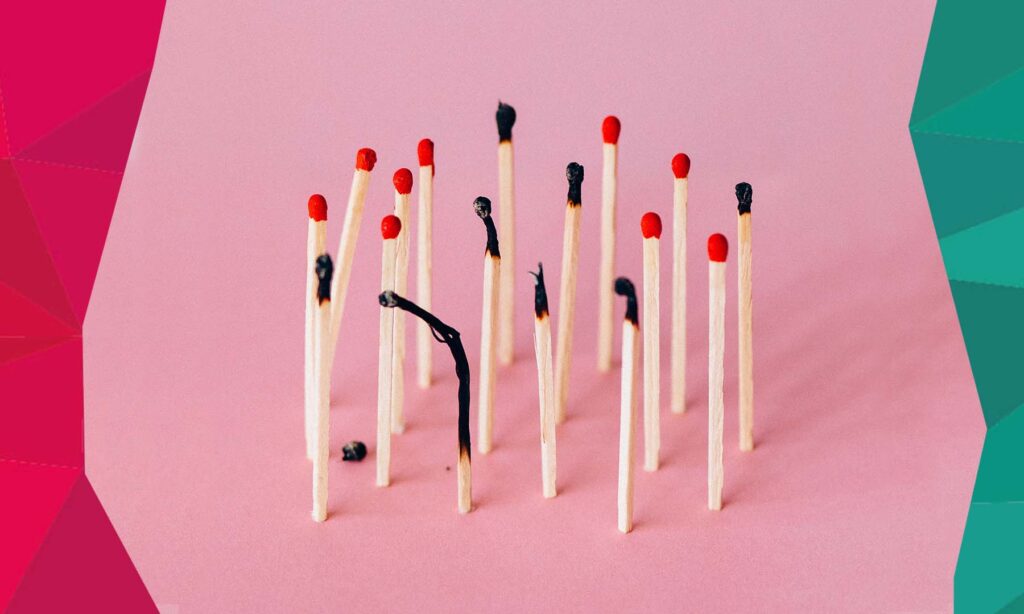 A trillion per year lost in productivity and millions on the verge of a burnout, that’s the current outlook for many countries across Europe and indeed the world. Based on data from the Dutch National Centre for Prevention of Stress and Burn-Out, 56% of the country’s workers is currently at risk of a burnout. According to another study conducted by Lepaya, a total of 66% of European workers experience unhealthy levels of stress at work.

Meanwhile, a separate study conducted in the United States, illustrates another nation grappling with mental health issues. In total, 75% of workers said they have experienced burnout at work, with 18% of employed workers describing their mental health as ‘poor’ during the pandemic. Prior to the pandemic, that number was just 5%. 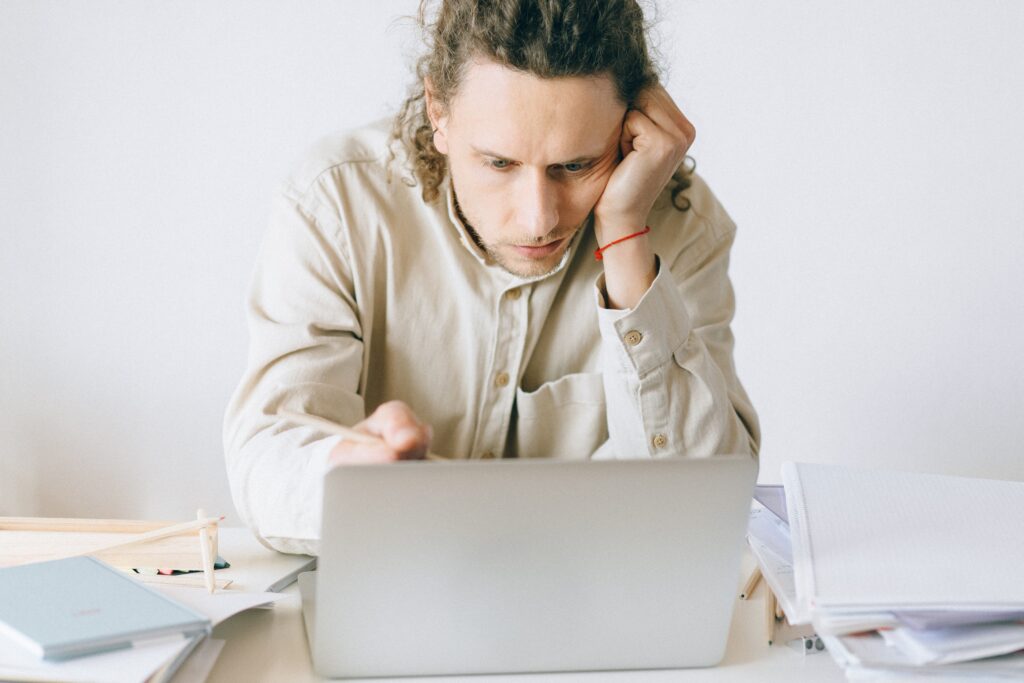 “You can’t IPO with a burned out workforce; people would collapse on the final lap and you wouldn’t see it coming.”

“Employees’ capacity to engage, learn and be productive is dependent on their well-being”, says mental health advocate and expert Vessy Tasheva. “Going on fumes for an extended period of time is like approaching a marathon as if it’s a sprint. Burnout is hard and expensive to recover from. Yes — for the business too. You can’t IPO with a burned out workforce; people would collapse on the final lap and you wouldn’t see it coming.”

The true cost of absenteeism

There are several numbers floating around that indicate just how much absenteeism may cost an organisation on a daily basis. In this case, the average yearly costs of unscheduled absenteeism — estimated to be anywhere from €2215 to €3000 per year — doesn’t say much. It goes much deeper than that.

Taking a time-period of three months, organisations would spend approximately €16.000 in additional costs due to absenteeism.

Dutch health insurance company Zilveren Kruis calculated, based on just five of these numbers and an average yearly wage of €36.500, that the daily cost of absenteeism could run up to €410 per employee. Subtracting the costs that you would have made anyway (the wages and the additional mandatory costs), and taking a time-period of three months, it would come down to roughly €16.000 in additional costs due to absenteeism.

It takes more than a week off

Meanwhile, the countermovement is slowly evolving. In recent weeks, industry leaders such as Nike and Bumble gave their employees a week off as a part of a ‘mental health break’. “Take the time to unwind, destress and spend time with your loved ones — do not work”, Matt Marrazzo, Nike’s senior manager of global marketing science, posted on LinkedIn in an open message to staff.

“The expectation can’t be that after one week, your employees are fine and their stress is gone. That is fantasy.”

And while giving your employees some unexpected time off is never a bad idea, a ‘one-and-done’ approach generally does not suffice, argues Alex Simmons, co-founder and CEO of coaching platform Boon. “A one-and-done approach to care for your employees is a long-term recipe for failure”, he commented. “The expectation can’t be that after one week, your employees are fine and their stress is gone. That is fantasy.”

While it is essential for everyone to avoid absenteeism scenario’s, both managers and employees still often have no idea how to start the discussion. Breaking the stigma, therefore, is necessary. And the onus lies with the leadership, Tasheva reckons. “The CEO and VPs are always the role models: that’s what we see in both toxic and healthy environments. In the case of healthy culture,, when the CEO and VPs openly talk about struggles, they show that they are human, relatable, and authentic.”

“When the CEO and VPs openly talk about struggles, they show that they are human, relatable, and authentic.”

“That engages with employees and increases the levels of trust and psychological safety”, Tasheva continues. “It also makes it acceptable for an employee to talk about their own struggles and for their peers and managers to be able to support them. That in turn will allow a sense of support for the employee.”

With Vessy.com, Tasheva offers a wide range of services for groups and individuals, including coaching, psychotherapy, mental health first aid training as well as sessions where she challenges the stigma around mental health. She was named as one of 2019’s most influential D&I global leaders by Hive. “My mission is to remove internal and external barriers”, she says. “So people live happier, healthier and more fulfilled lives.”

“EAPs often rely on your employees not using those services and that’s part of their business model.”

And the truth is — there is a multitude of options available to organisations, but it requires a different approach. Whether it’s UK-based Mynurva, which offers fast access to qualified therapists or Wellspace, an app that actively trains and promotes well-being within the office. One thing, however, is certain: Employee Assistance Programs (EAPs), as offered by most employers, generally don’t cut it, according to Tasheva. “EAPs often rely on your employees not using those services and that’s part of their business model. How do you think they can offer such low prices for subscriptions per employee, per month?”.

‘Don’t pay for something that makes you look good’

It boils down to a simple notion, according to Tasheva: don’t do it to look good. “A session with a therapist ranges from 40 to 200 euro’s: if you can’t afford a working solution, don’t pay for something that just makes you look good but doesn’t help the employees. Some EAPs or healthcare plans don’t even allow for contact outside of the plan. That forces the employee to then look for a new therapist and start from scratch with their process of building trust, sharing their story, making progress.” 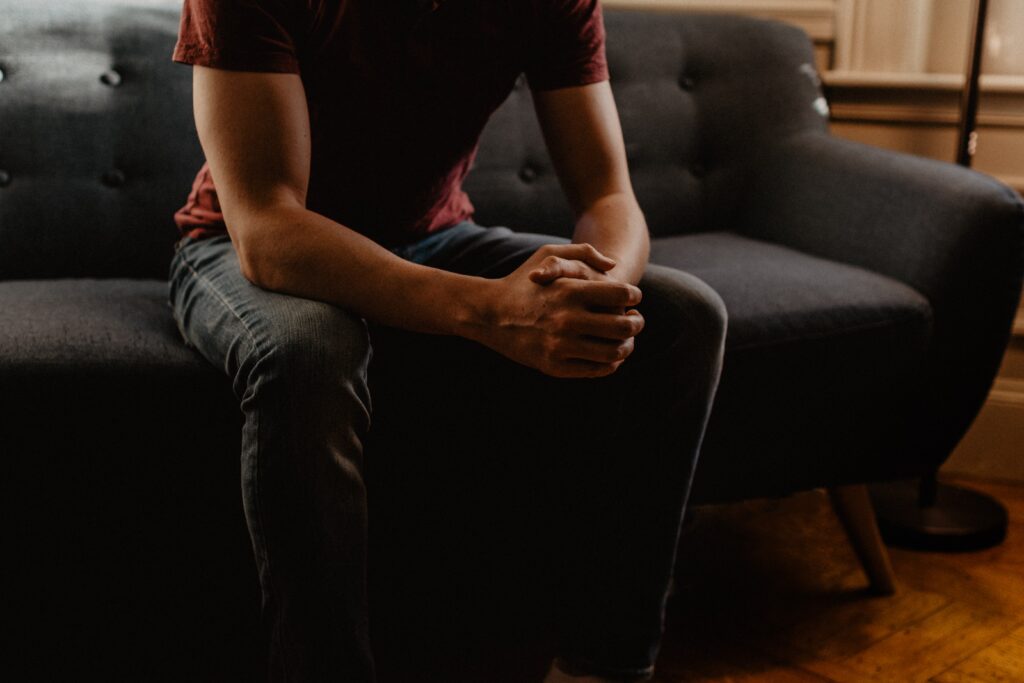 “Even if it’s 40 euro’s a month expensive, that’s still better in the sense that it goes toward something meaningful that works for the employee instead of towards the EAP, that fails to support the employee, almost by design.”

According to Tasheva, even if money is tight, offering the employee flexibility on how they can spend that money is better than just throwing it into the EAP pot. “Even if the employer can only expense 40 euro’s per month, that’s not ideal, but it is still better in the sense that it goes toward something meaningful that works for the employee instead of towards the EAP, that fails to support the employee, almost by design.”

Alternatively, if healthcare insurances are already on the table, there are different options according to Tasheva. “If you’re already paying for their healthcare insurance, pick a plan that would allow them to not only access sessions for free or discounted — but also for them to continue seeing the same person when they pay with their own money beyond the number of sessions included in the package.”

66% of managers expect remote work to be cut after pandemic