Ukraine has lost approximately 4.8 million jobs due to the Russian invasion, according to a new report by the International Labour Organization (ILO). Moreover, it is said to pressure labour markets in neighbouring countries. 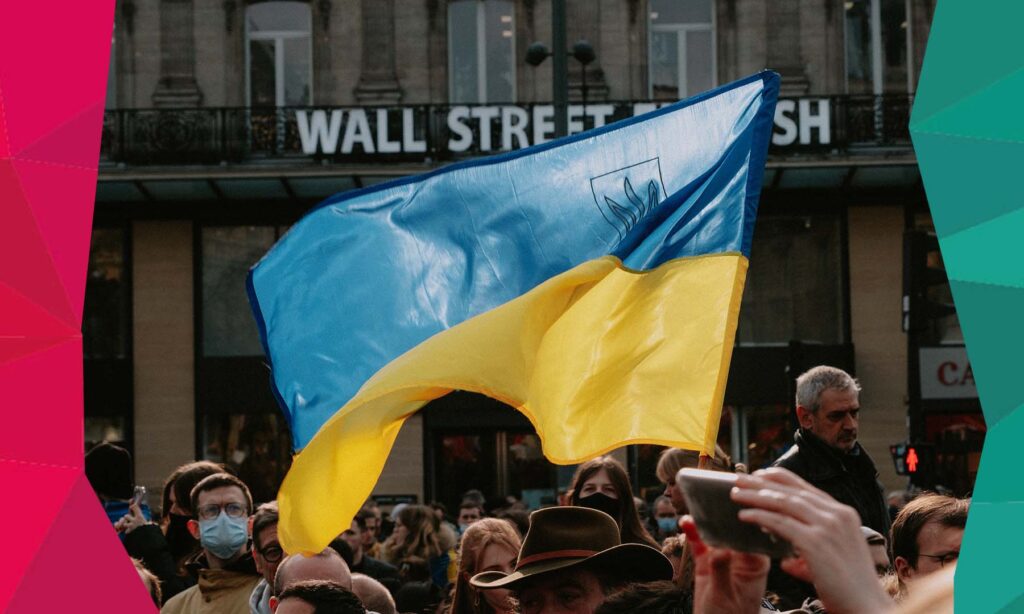 The Russian aggression in Ukraine has resulted in a devastating humanitarian crisis. It has triggered the fastest forced population movement since the Second World War, as per an ILO report. Since 24 February 2022, a total of 5.23 million refugees have fled the hostilities to neighbouring countries, such as Poland, Romania, Moldova, Hungary and Slovakia. Meanwhile, more than than 1.48 million have moved onward to other countries.

Ukraine’s GDP is expected to suffer an enormous decline, ranging in the loss of 25 to 30% as per IMF calculations, while the World Bank estimates a loss of 45%.

The economic impact is severe. Ukraine’s gross domestic product (GDP) is expected to suffer an enormous decline, ranging in the loss of 25 to 30% as per IMF calculations, while the World Bank estimates a loss of 45%. “In the event of a continuing and widening protracted crisis, 90% of the population could face poverty or vulnerability to poverty a loss of 18 years of socio-economic achievements in Ukraine and a return to poverty levels last observed in 2004”, the report states.

As a result of the crisis, the ILO estimates that around 30% of employment has been lost compared to the pre-conflict situation. Equalling a total of 4.8 million lost jobs. What happens next to Ukraine’s labour market revolves largely around what happens next. “If hostilities cease immediately, the recovery in employment could be rapid, with the return of as many as 3.4 million jobs, thus reducing the overall employment losses to 8.9%.”

In a scenario of further military escalation, employment losses would increase further to approximately 7 million, the ILO warns. “In response to these losses, the Government of Ukraine has so far made considerable efforts to keep the national social protection system operational by guaranteeing the payment of benefits. Including to internally displaced persons, through the utilisation of digital technologies to this effect.”

But it’s not just Ukraine’s labour market that is faced with unprecedented scenario’s. As many Ukrainians fled, Poland seemed a common destination. In total, the Polish labour market faces what the ILO calls the ‘largest integration challenge in sheer numbers’. “An estimated 410,000 previously employed refugees currently live in the country. Including 200,000 high-skilled, 146,000 medium-skilled and 64,000 low-skilled refugees who had been working in Ukraine before the conflict.”

In Poland, it would result in the unemployment rate being raised to 5.3% (up from 3%).

A hypothetical scenario, in which the ILO added the number of refugees who were working before the conflict to the pre-crisis level of unemployment in the host countries, showcases what happens to important economic structures, such as the total unemployment rate. In Poland, it would result in the unemployment rate being raised to 5.3% (up from 3%). In Moldova, it would raise to 6.9% (up from 4.4%). Slovakia, Romania, Hungary and the Czech Republic would all see an increase of more than 1%.