Is hybrid work just a hype? Or an anomaly, as the CEO of Goldman Sachs puts it? None of that, according to Isabel de Clercq, who gives 7 tips to make it a success in your organisation. 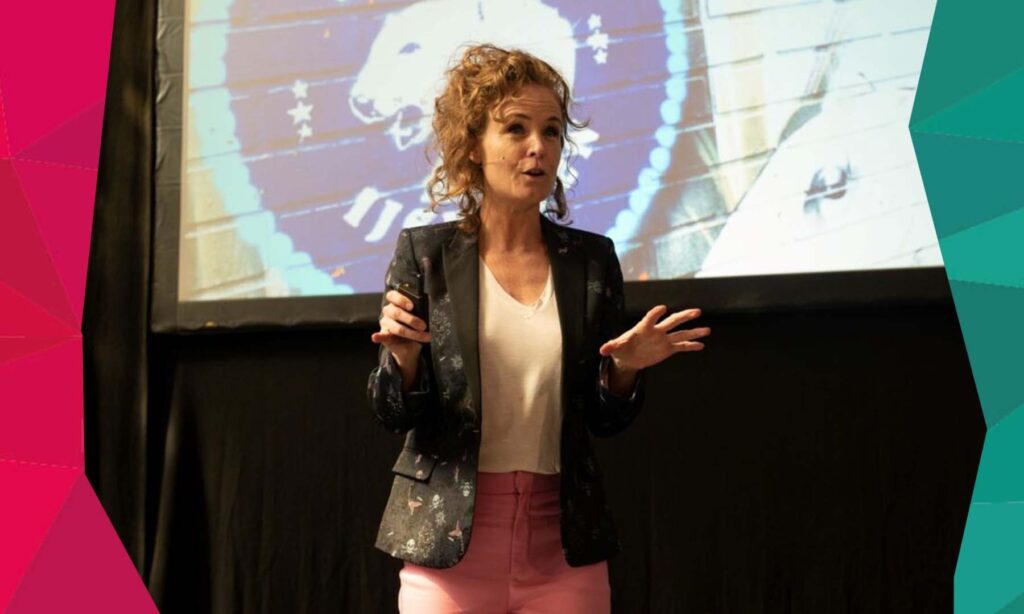 If anything has changed quickly in recent years, it is the rise of working from home. What used to be the exception has quickly become the standard, which many employees and organisations say they never want to get rid of. But beware, it’s not about normalising work in pyjamas, as author Isabel de Clercq explained during the Total Talent Summit in The Netherlands, an exclusive invite-only event for talent leaders. “The essence of hybrid working has nothing to do with working from home”, she. “It is about a quest for decent work, in which we create optimal value for our customers.”

“It’s not about working in pyjamas, it’s about a search for decent work.”

De Clercq, the author of the book The Hybrid Work, said even she disliked the title of her own book. “I prefer to talk about sustainable collaboration”, she said. De Clercq cited the example of the a local club of people who swim three times a week in ice-cold water. “Three things struck me. Firstly, the attention for the individual. Secondly, the sentiment of really taking care of each other. And finally: the good framework. In other words: individual, team, organisation: a kind of holy trinity. Why shouldn’t we also organise our work around that?”

Work that works is what it’s all about, she says. But then the question remains: how? The first: go elephant hunting. She quoted American magnate Thomas Boone Pickens who once explained his success: When hunting elephants, don’t get distracted chasing rabbits. In other words: don’t start with the question of how many people are allowed to work from home. “Instead, start with the question: how do we create value for our customers? What are our elephant duties? What do we mainly want to use our energy for? It’s not about the number of meetings and emails. They just give a false sense of productivity.”

De Clercq’s second tip revolves around looking outside. “You often hear that you get the best ideas at the coffee machine or water cooler, because that’s where you meet people. But I have my doubts about that. You see the same people there every day, right? My idea: go outside. Make unexpected encounters. Take the example of Chris Wuytens, CEO of Belgium-based training company Acerta, which encourages people to read books and listen to podcasts. Then they bring people together every two weeks and ask them: who or what has inspired you recently?”

Her third tip: get off the hamster wheel. In other words: consciously make time for self-reflection and connection with yourself. “In order to be able to reconnect with others afterwards”, De Clercq added. One of the ways to do this is, as she calls it, is through ‘installing focus time’. “Productivity is not about always being available. It’s just making time for your elephant tasks. Time that you are subsequently not available for others. Focus time creates value for customers, but it’s darn hard to stick to. What helps are is cutting the work into pieces of 25 minutes. Put your cellphone away. And you stick to a fixed pattern on a regular basis.”

“Productivity is different from being always available. It’s just making time for your elephant duties.”

Working from home? Remote work? Teleworking? Stop calling it that, Matt Mullenweg once argued on an episode of the Zillow Speaker Series. Mullenweg, CEO of Automattic and founder of WordPress, among others, prefers to talk about ‘distributed work’. And rightly so, De Clercq says. “Working from home indicates that there would be a location elsewhere that is more important. But all locations are equal, it’s about getting the work done. So stop calling it working from home.”

Another tip that, according to her, is directly related to the tip above is the notion that the magic is in the mix. “You can do work in different locations that are all equal, with different types of people”, De Clercq said. “For me it’s not just about place and time independent work, but also contract-independent work. It should not matter whether you are a permanent employee or a freelancer. It’s about a healthy mix of working alone and doing things together. We need to find a new balance. When you bring people together, you have to make it a meaningful moment of interaction. Or it’s just not worth it.”

That brings us to her sixth tip, which she borrows from Deci and Richard M. Ryan, psychologists known for the self-determination theory. This theory shows that people can thrive at work if three basic needs are met. “1: Autonomous motivation, experiencing individual freedom and the sense of self-determination. 2: Sense of belonging, the feeling that your contribution matters and the feeling that you are heard. 3. Competence, the work should not be too difficult, but also not too easy.”

So an ABC. According to De Clercq, you also have to deal with a difference between ‘good’ and ‘bad’ motivation. The latter revolves more so around the avoidance of punishment — whereas the former is all about high quality motivation, or intrinsic motivation. “It’s focused on tasks that are meaningful as a whole, but particularly to an individual.

And so we’ve arrived at De Clercq’s last tip to make hybrid work a success, which could be of particular interest to recruiters: is there a match? De Clercq referred to the consultants of Blessing White, who show that a sustainable match between individual, team and organisation can only be achieved if the values and goals of the three correspond. “Again, it’s all about the holy trinity.”