SmartRecruiters’ staggering growth continues to be just that: staggering. After a new investment round, the company became HR tech’s latest unicorn at a $1.5 billion valuation. “Never before has business success been so dependent on Hiring Success”, said Jerome Ternynck, the company’s CEO and Founder. 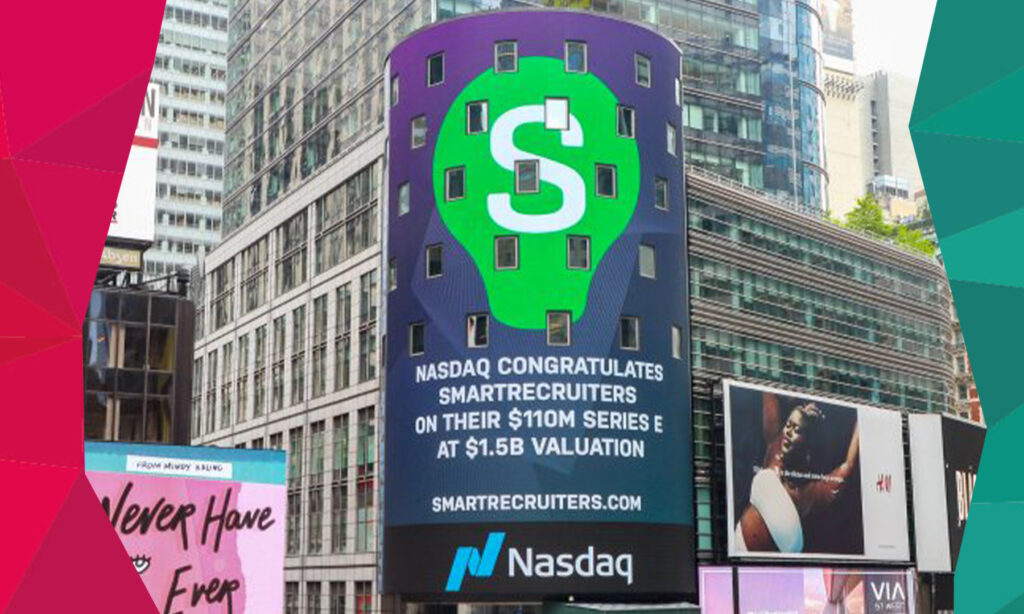 In physics, momentum is defined as the quantity of motion of a moving body, measured as a product of its mass and velocity. Or, if we go to a simpler definition: the strengt of force that something has when it is moving. If we were to put together a recruitment and HR dictionary, the SmartRecruiters logo would likely find its place right alongside that very same word: momentum.

SmartRecruiters is continuously ranked by analysts as a leader in both strategy and capability.

In the last 12 months, the company added 200-plus enterprise customers, saw its revenue grow by 50% and experienced 70%  bookings growth. All during a global pandemic. Moreover, SmartRecruiters was also recognised as a differentiated leader in enterprise talent acquisition by IDC and as a high performance, high potential category leader by Fosway. That in itself is nothing new for the company, as SmartRecruiters is continuously ranked by analysts as a leader in both strategy and capability.

The past 12 months have been nothing short of using every magniloquence available in the English dictionary for the company founded by Jerome Ternynck. Years before establishing the world leader in talent acquisition software, Ternynck was a lieutenant in the French Army, where he led platoons of fourty-plus soldiers and was responsible for the initial 60-day training and formatting of newly enrolled soldiers.

Years before to establishing the world leader in talent acquisition software, Ternynck was a lieutenant in the French Army, where he led platoons of fourty-plus soldiers.

With military precision, a heart in recruitment and soul in technology — Ternynck has spent eleven years building an incredible company. A company that can now officially be considered an HR tech unicorn. After closing a $110 million Series E round led by Silver Lake Waterman, with existing investors Insight Partners and Mayfield Fund also participating — the company is now valued at a staggering $1.5 billion.

This latest round of investments has opened the door for SmartRecruiters to add 200 engineers, as the company looks to innovate across the board. The company nails it down to RPA, onboarding, conversational intelligence and recruitment marketing as key investment areas — beyond, of course, its continued quest to deliver Hiring Success to companies around the world.

“When you have the right recruiting platform and the right people, you achieve business success.”

“As the job market becomes more fluid and dynamic, companies need a competitive advantage when it comes to accessing the best talent”, Ternynck commented in the company’s official statement. “Never before has business success been so dependent on hiring success. When you have the right recruiting platform and the right people, you achieve business success.”