HomeNewsNewsRecruitment fairs aren’t fair: why women are at a disadvantage in group interview settings

Recruitment fairs aren’t fair: why women are at a disadvantage in group interview settings

Group recruiting fairs and events may seem like an excellent way to recruit multiple job seekers, but new research shows that women may be at a disadvantage in these group interview settings. “Moreover, research suggests that this bias in hiring judgments is more prevalent in men recruiters”, said Kirsten Fanning of DePaul University. 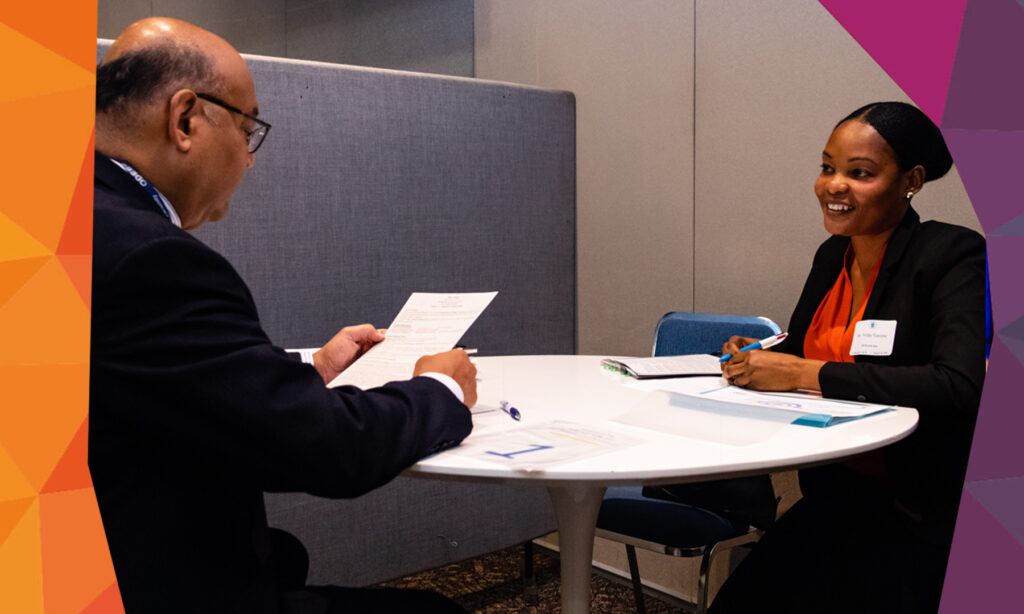 Hackathons, expos, conferences, campus recruiting and (virtual) recruitment fairs — recruitment has always had its fair share of events wherein organisations aim to fill multiple open positions. While some may be more traditional than others, they mostly have one thing in common: they adversely affect women job seekers.

It is the outcome of new research by a team of experts lead by Kirsten Fanning, an assistant professor in DePaul University’s Driehaus College of Business. Jeffrey Williams of Utah Valley University and Michael G. Williamson of the University of Illinois co-authored the multiple study approach,  which involved live simulated group recruiting events and multiple experiments.

There’s no sugar-coating something like unconscious bias. It is usually a process based on completely unfair, yet subtle discrimination. Naturally, for the recruiting and acquisition of diverse talent, it’s a problem. “Judgment bias places women job candidates in a difficult position”, says Kirsten Fanning in a Q&A with Agility PR. “Assertively self-promoting one’s skills, abilities and knowledge enhances perceptions of one’s competence and often increases judgments that the job candidate would be a good fit for the position.”

‘Only men benefit from self-promotion’

When assertive self-promotion leads to positive results in an interview setting — one could make an argument that it simply lies with the nature of any given character. But once again, it isn’t quite that simple. According to a National Bureau of Economic Research working paper, women consistently rated their performance on a test lower than men, even if the average score was exactly the same. It speaks testament to the notion that women, in fact, are less inclined to self-promote than men at work, or in work-related settings, as Harvard put it.

“We find that women job candidates exhibiting these behaviours during group recruiting events are perceived as less likeable and receive lower hiring evaluations.”

The research cites a paper by Judith L. Juodvalkis (et al.) in 2003, which delved into whether exhibiting stereotypically male behaviours in interviews increased hiring prospects. It found that was indeed the case for women — but as can be the case for findings: they can differ. “We find that women job candidates exhibiting these behaviours during group recruiting events are perceived as less likeable and receive lower hiring evaluations”, Fanning says. “From this perspective, only male job candidates benefit from exhibiting these behaviours.”

‘Bias is more prevalent in men’

With recruiting events on the up to even out the talent shortage — the research serves as a stern warning for companies. And there may even be a ripple-effect to speak of, according to Fanning. “Our research suggests that this bias in hiring judgments during group recruiting events is more prevalent in men, relative to women, recruiters.”

“Our research suggests that this bias in hiring judgments during group recruiting events is more prevalent in men.”

Fanning notes that with men historically holding positions of status, it leads to men being more susceptible to judgment bias. “Given this, increasing awareness among key decision-makers of the bias we document is likely to be beneficial to companies in leveraging expertise from human resource specialists or hosting women-only recruiting and group networking events”, Fanning concludes.