HomeNewsNewsMore knowledge migrants in Europe, but will it be enough?

To combat the labour shortages across Europe, the need for knowledge migrants will grow incrementally. A new report by Intelligence Group and Ravecruitment delves into who they are.

The term ‘knowledge worker’ was first brought into existence by author Peter Drucker in his 1959 book The Landmarks of Tomorrow. Drucker defined knowledge workers as ‘high-level workers’ who apply theoretical and analytical knowledge to develop products and services. At the time, Drucker thought knowledge workers were destined as one of the most valuable assets of any 21st century organisation due to their high levels of creativity and productivity.

“A knowledge worker is someone who can learn and adapt to a shifting workplace.”

It turns out Drucker was right. In early 2020, Sébastien Ricard, Co-Founder and CEO of LumApps dubbed it ‘the year of the knowledge worker’ in a Forbes feature, describing them as people who ‘think’ for a living rather than performing physical tasks. “Knowledge workers use high-level communication skills to work independently and collaboratively in order to accomplish complex tasks, usually by using the latest technology. Most notably, a knowledge worker is someone who can learn and adapt to a shifting workplace.”

At the risk of stating the obvious: knowledge workers haven’t been particularly easy to find in recent times. Simply put: Europe will face one of the largest talent shortages in history in coming years. Due to the vast amount of ageing within the continent, countries will struggle to find (yet alone attract) enough staff across several sectors. While some anticipate that the continent will look toward Africa to solve some of its talent issues, it is widely expected that European organisations will have to look abroad to solve shortages.

It is widely expected that European organisations will have to look abroad to solve shortages.

The Netherlands lags behind

The story in The Netherlands will likely be the same. As many companies are already struggling to attract enough staff and interested knowledge migrants, recruiting them from abroad will undoubtedly be one of its next steps. But who are they? And what drives them? That’s what a new report by Intelligence Group, European market leader in talent intelligence and Ravecruitment, a full-service ICT recruitment agency, aims to map out — in terms of their feelings, wishes and needs.

Knowledge migrants only make up 4.2% of the entire Dutch working population.

In total, the two companies received answers from a total of 300 respondents from 60 nationalities. Surprisingly, on the basis of new research into international knowledge workers in 13 European countries, The Netherlands trails only Finland for last place. Amounting to a total number of 383.000 international knowledge workers, they only make up 4.2% of the entire Dutch working population. Luxemburg, for obvious financial banking-related reasons, ranks atop the list.

Overall, the total number of knowledge migrants in Europe has pretty much doubled in Europe.

The total number of knowledge migrants in Europe has pretty much doubled. During 2003 and 2005, the total accumulative percentage of all 13 countries came down to 58%. In more recent years (2015 – 2018), however, that accumulative percentage has increased all the way to 115%. Of all 13 countries for which the data exists, Estonia is the sole country where the number of knowledge migrants has decreased.

Knowledge migrants scored the ‘how likely are you to recommend working and living in the Netherlands’ question with an 8,3.

As far as the work goes, 90% say they have a good relationship with their colleagues. 84% say they feel included by their colleagues and 83% feel welcome overall in the organisation. The downside lies with the financial side of things, as only 60% feel satisfied about their net income. Overall though, knowledge migrants seem happy. They scored the ‘how likely are you to recommend working and living in the Netherlands’ question with an 8,3.

The differences between Non-EU and EU nationals

Finally, the report delves into differences between Non-EU and EU nationals. Naturally, the two vary quite significantly when it comes to future plans. The vast majority of Non-EU nationals (77%) indicate their intentions of applying for a Dutch citizenship in the future. However, only one-fourth (25%) of EU nationals see any reason for it — likely due to their EU status. While both work and education in the country has trended to more English, knowledge migrants seem split about their intention to learn the Dutch language. While 64% of Non-EU nationals are keen to learn the language, only 43% of their EU national counterparts have any intention of learning Dutch. 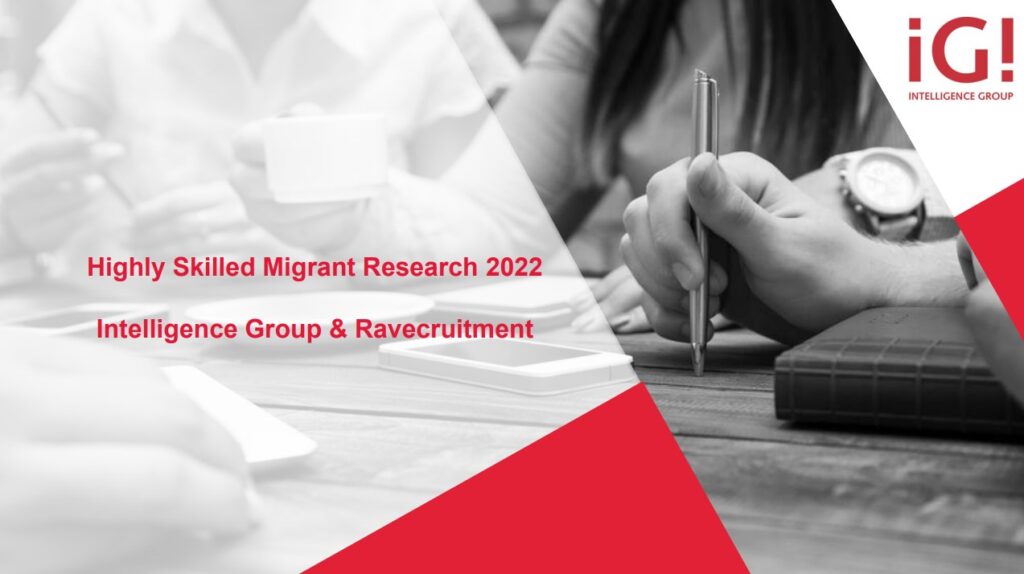