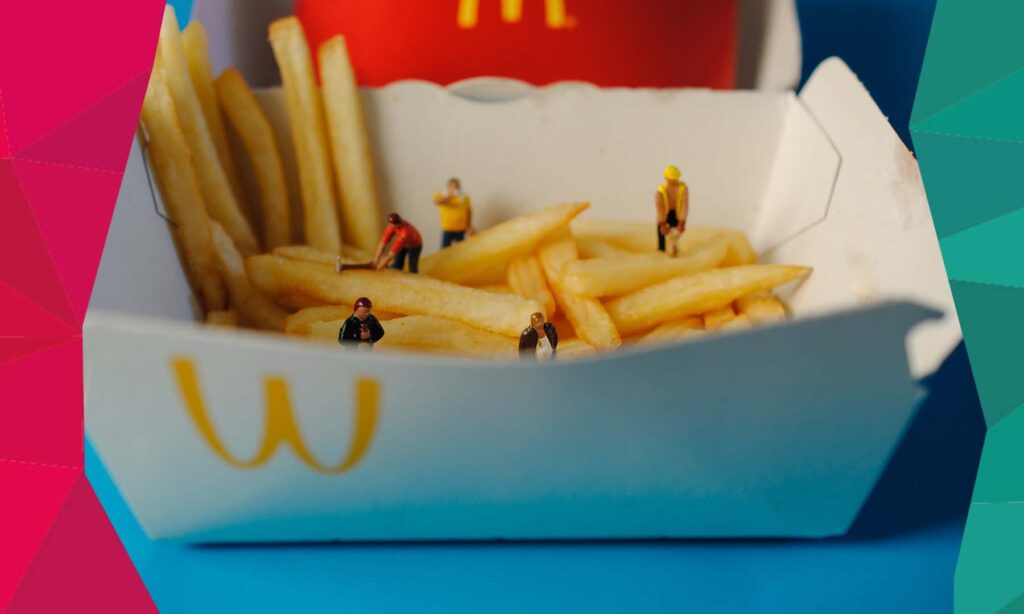 According to a 2012 study conducted by the BBC, McDonald’s (including its franchises) is the world’s fourth largest employer. With 1.9 million global workers, McDonald’s ranks only behind the US Department of Defence, China’s army and Walmart. However, with an increase of tech within the big M restaurants, that number will have dropped slightly in recent years.

In an attempt to better oversee its enormous workforce, McDonald’s teamed up with Paradox in 2019 to create McHire, a talent hiring platform built specifically for the needs of McDonald’s restaurants. It allowed for candidates to have real-time support and communication, with the help of Paradox’s conversational AI assistant Olivia. Meanwhile, hiring managers’ workloads were alleviated because many administrative tasks were now automated. 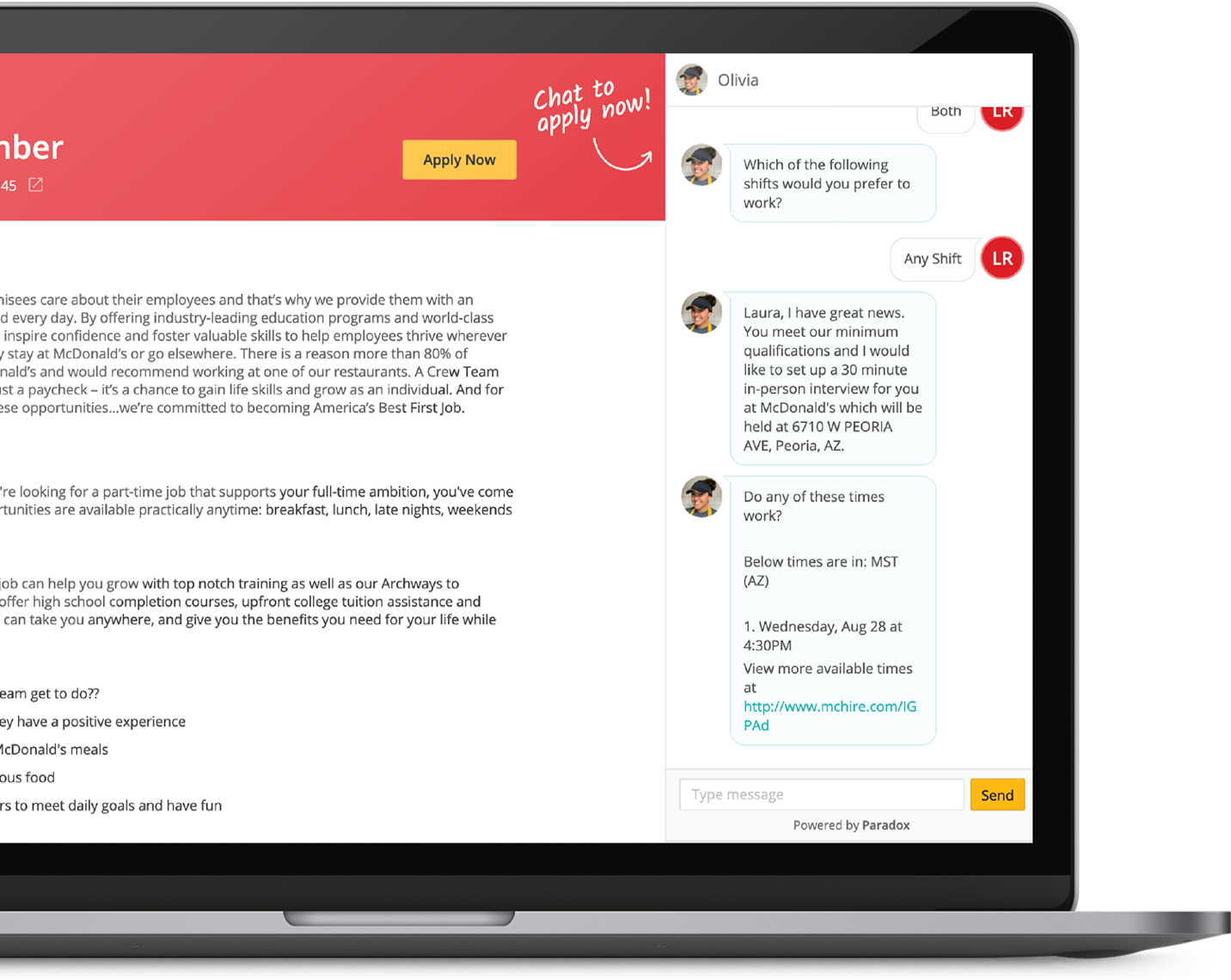 McDonald’s teamed up with Paradox to create McHire, a talent hiring platform built specifically for the needs of McDonald’s restaurants.

“What’s unique about McHire is that, for the first time, candidates have a single point of contact that supports them via conversation throughout the hiring experience”, said Aaron Matos, Founder and CEO of Paradox in a press release. “Olivia is available to answer questions at any stage in the hiring process. It guides candidates and hiring managers through the journey from first engagement all the way through onboarding.”

McDonald’s doesn’t publicly publish its retention numbers, stating ‘staff turnover is lower than average for retail and catering companies’. But with 150% annual employee turnover rates considered the norm for fast food joints, that means that in the land of fast food, for every 20 positions a company has in a year, it will employ 30 people.

In the land of fast food, for every 20 positions a company has in a year, it will employ 30 people.

‘Which job applicants will perform like your best employees?’

Now imagine a world wherein you could duplicate your highest-performing employees. It is something McDonald’s (and a wide array of other companies) dream about — and something AI hiring software Sprockets seeks to make a reality. Sprockets is the (co-)creation of former Harvard University grad and CEO AJ Richichi. Launched in 2016, the company prides itself on combining technology and psychology to solve a simple equation: ‘Which job applicants will perform like your best employees?’.

“You’ll know everything you need to know about candidates before you even interview them.”

“While McHire speeds up the application process, Sprockets makes it more precise”, the company says in its case study of McDonald’s. “Our AI instantly predicts which applicants will succeed and stay long-term. You’ll know everything you need to know about candidates before you even interview them. And which ones are worth scheduling in the first place.”

Sprockets’ AI is said to have reduced annual employee turnover by 22%.

After integrating Sprockets within McHire, the fast food giant has seen significant, positive changes to its key hiring percentages. Sprockets’ AI is said to have improved 90-day employee retention by 43%, reduced annual employee turnover by 22% and allowed for 37% less time spent on the hiring process.

Sprockets’ methodology always starts with a company’s own top personnel. After reviewing a survey sent to top-performing staff, Sprockets amasses a ‘Success Profile’ for a specific position. In turn, new job applicants will respond to the same survey — and receive a ranking out of 10. Then, that ranking will result in a traffic light system. Green for ideal fits. Yellow for potentially decent hires. Red for non-starters.

After reviewing a survey sent to top-performing staff, Sprockets amasses a ‘Success Profile’ for a specific position.

Through the usage of AI and machine learning, also incorporating IBM Watson’s infamous personality insights, Sprockets then offers a further assessment of applicants based on natural language processing. “It’s a method for using language to uncover information about people, in this case personality and behaviour”, the company says. “We study your best employees’ written responses for what’s known as the Big Five personality traits (plus thirty more), their workplace-relevant values and needs. Our solution then searches for the same qualities, in similar proportions, among job seekers.”

Sign up for the ToTalent.eu newsletter to never miss out on the latest insights within Total Talent Acquisition.