HomeNewsJob MarketJob boards in Europe: a fragmented continent with no market leader

Job boards in Europe: a fragmented continent with no market leader

Roughly 50% all job applications stem directly from job boards. In Europe, they come in all shapes in sizes. But its impact, illustrated mainly by the usage per country, varies greatly according to research by Intelligence Group. “There isn’t one European market leader, and there likely won’t be one this decade”, says Geert-Jan Waasdorp, IG’s CEO. 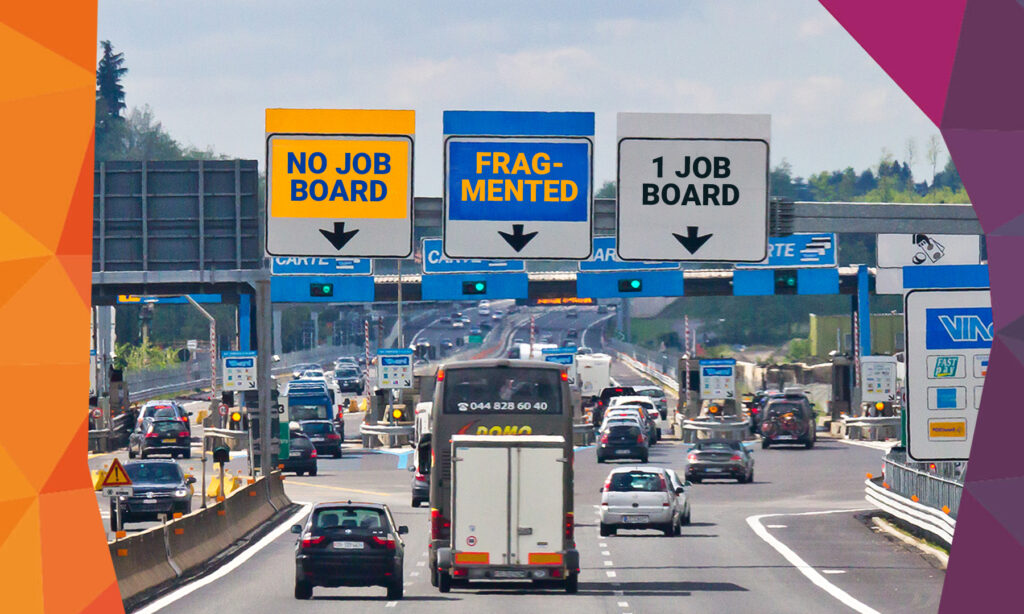 You have never heard of the towns of Tornio and Haparanda. If anything, they sound like they come directly from another sequel to the Lord of the Rings. Located in Finland and Sweden respectively, the distance between the two towns is all of one bridge. And though Scandinavians sure like a story involving a bridge — this is one where one bridge tells a story of two vastly different job board cultures.

In Finland, they like job boards. In fact, they hold the largest number of job board usage in the entire continent — an honour they share with Lithuania. With a usage percentage of 51%, more than half of the Finnish job seeking population uses job boards. In neighbouring Sweden, it’s a completely different story. With a mere usage percentage of 19%, Sweden holds last place among average usage of job boards among job seekers.

And while we don’t have the exact info on the job board usage in the towns of Tornio and Haparanda, which combine for all of 27 thousand inhabitants, it’s remarkable that job seeking behaviour in two neighbouring countries could be so different. It’s something only visible due to the insights of job market data pioneers Intelligence Group, located in the Netherlands. 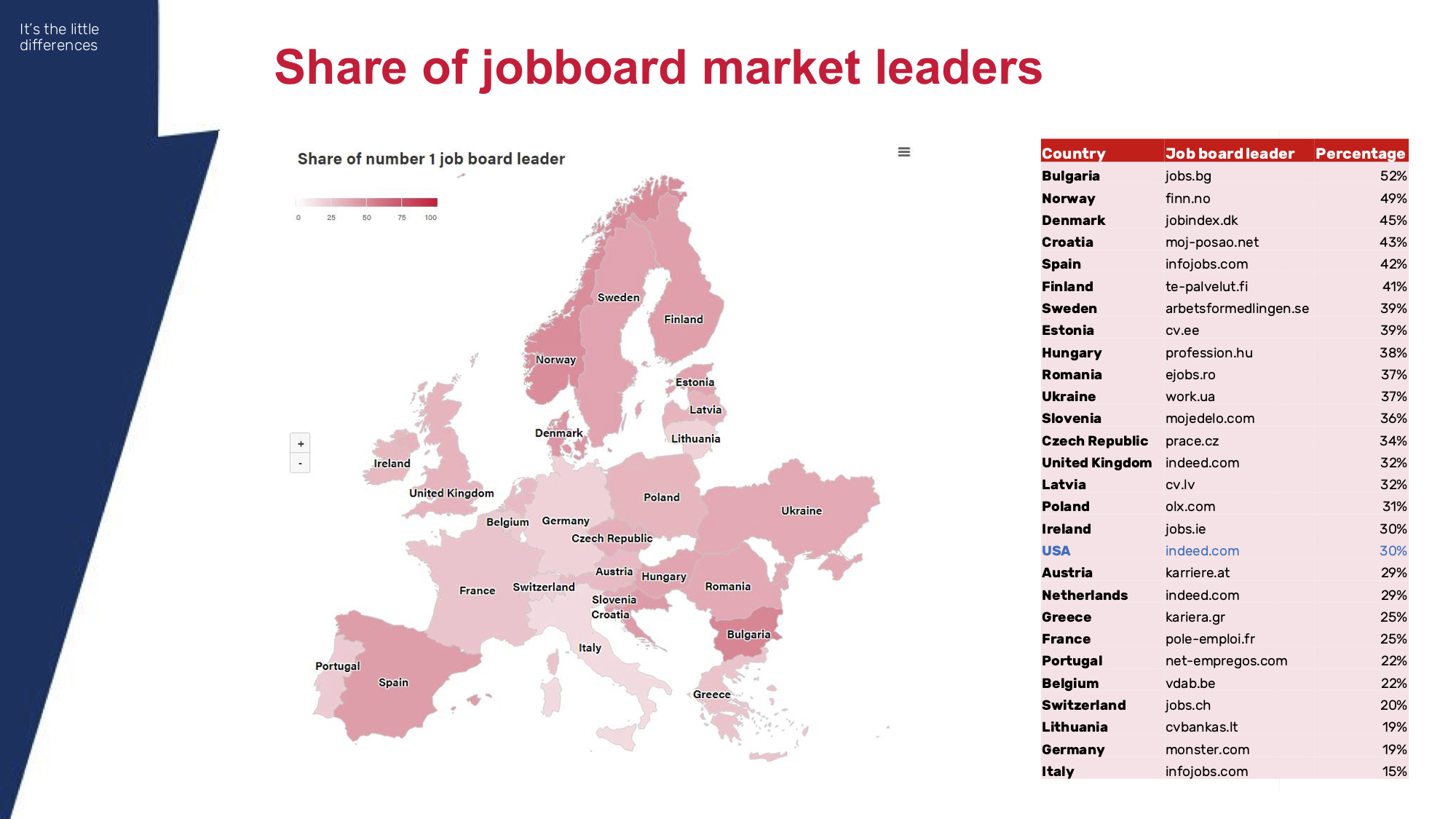 “Their impact will continue to differ enormously in every country, as well as the composition between job boards, aggregators, social media, Google and agencies.”

“This decade, job boards will still dominate the European job market”, says Geert-Jan Waasdorp, founder and CEO of Intelligence Group. “But their impact will continue to differ enormously in every country, as well as the composition between job boards, aggregators, social media, Google and agencies.” The data-based company is expected to publish new, post-corona data in Q4 of 2021.

A couple of European countries do, however, have one clear-cut number one job board. In Bulgaria, Jobs.bg holds a 52% share, Norway’s Finn takes up 49%, Denmark’s Jobindex has a 45% share — while in Croatia Moj-posao.net takes up 43% and in Spain, 42% the majority of job seeking population takes to Infojobs.com. But it’s mostly a tale of a fragmented continent. With market leading percentages below 25%, Portugal (22%), Belgium (22%), Switzerland (20%), Lithuania (19%), Germany (19%) and Italy (15%) all are much more fragmented markets.

There is no European market leader, or one leading universal job board.

But simply put: there is no European market leader, or one leading universal job board. “It seems there isn’t one in the making either”, says Waasdorp. “That’s mainly due to the legal and language differences, but that won’t be solved in the next couple of years. Not even by AI. Maybe we’ll see a shift occur in the next decade, but even that remains to be seen.”

This article was written on the basis of a large-scale study conducted by Intelligence Group among 28 European countries and the US, with more than 40.000 respondents. In Q4 of 2021, the company is set to release its latest data on the European job market. Sign up to the ToTalent newsletter to receive the very latest news on all things talent acquisition.