HomeNewsHREurope and the four-day workweek: how Iceland inspired a new California law bill

Europe and the four-day workweek: how Iceland inspired a new California law bill

Inspired by Iceland, a proposed law bill could make California the first state in the US to reduce its workweek to four days. Should and could European lawmakers do the same? 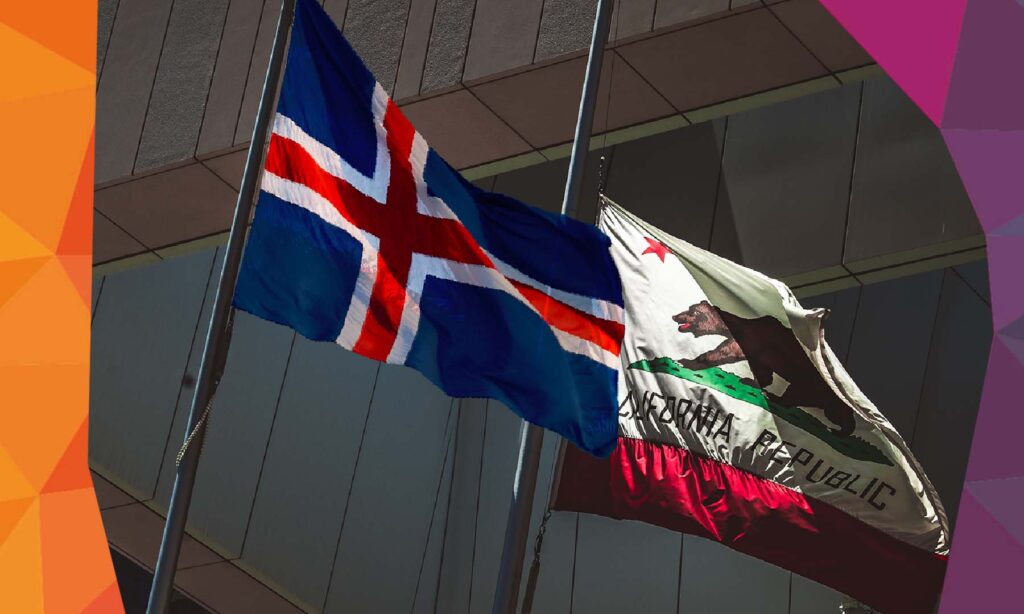 Slowly but steadily the narrative around work is shifting. The four-day workweek has gained momentum all over the world. Notable trials are currently underway in Spain, the United Kingdom and Belgium — leading to more companies are either moving forward with 32-hour work-weeks, or at least thinking about it.

So far, the onus has mainly been on leadership to adopt changes to policies. Lawmakers are now following, however. In California, the AB 2932 bill serves as the lawmakers’ answer to what they call ‘progress in society’. “We’ve had a five-day workweek since the Industrial Revolution”, bill author Cristina Garcia told the Los Angeles Times. “But we’ve had a lot of progress in society. I think the pandemic right now allows us the opportunity to rethink and reimagine things.”

It would prohibit employers with more than 500 employees from reducing an employee’s regular rate of pay.

Under the bill, the Californian Labour Code would redefine the workweek from 40 to 32 hours. And similar to most 32 hour workweek trials, it would prohibit employers with more than 500 employees — of whom California has a few — from reducing an employee’s regular rate of pay. Moreover, it requires work in the excess of 40 hours — which the state is also pretty familiar with — to be compensated at least 1.5 times the employee’s regular rate of pay.

Interestingly, the four-day workweek progress in California is based on Iceland’s four-year long case study, which looked at improving productivity and addressing the poor work-life balance. Roughly 1% of the Icelandic working population saw its working week reduced to 35 to 36 hours, with no reduction in pay.

The trials found that productivity and service largely remained the same across a majority of sectors. Worker well-being also increased drastically.

It was quite the success. The report, which was published by Autonomy and alda, noted that as a result roughly 86% of Iceland’s entire working population either moved to working shorter hours or gained the right to shorten their working hours. The trials found that productivity and service largely remained the same across a majority of sectors. Worker well-being also increased drastically.

Belgium and Spain leading the way

So far, two European countries have made similar moves, albeit not yet at a legislative level. Belgium in particular seemed to be a head of the curve, with 32 hour workweek plans already announced in 2018. In February 2022, Belgian Prime Minister Alexander de Croo announced an employee-empowerment policy that would result in Belgian workers being entitled to a four-day workweek. “The aim is to be able to make people and businesses stronger”, Belgian labour minister Pierre-Yves Dermagne said.

Europe’s transition is led by New Zealand-based company 4 Day Week Global, the company responsible for running trials across Europe. “We currently have our Irish and UK pilots underway with more starting in Europe later this year”, Charlotte Lockhart, Managing Director and Founder of 4 Day Week Global wrote to ToTalent in an e-mail. “There is a real hunger for support and community in this change to the way we work.”

“In time, there will be similar legislation. With countries like Belgium and Spain having conversations which others are taking note of.”

The 4 Day Week issue is also on the agenda of the European Economic Forum, Lockhart adds. “An Oxford researcher will argue for the issue. We are also having conversations with various MEPs on the overall idea. On top of that there is the Spanish giver program which we are collaborating on. In time, there will be similar legislation. With countries like Belgium and Spain having conversations which others are taking note of. The global research we run alongside our trials will help to provide the data needed.”