HelloFresh went from 11 to 25 thousand employees in the past twelve months. So what’s their secret ingredient? ToTalent co-founder Martijn Hemminga spoke to Yasar Ahmad, HelloFresh’s Vice President Talent at RecFest, for an exclusive video interview. 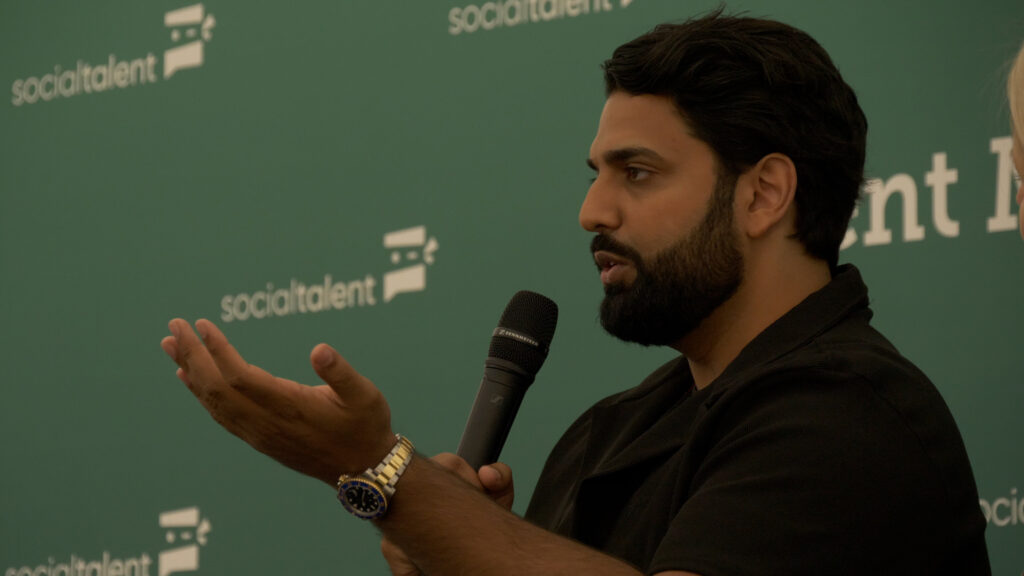 Whenever you think of food deliveries, it’s hard to think of anyone else than HelloFresh. When co-founders Dominik Richter and Thomas Griesel hand-packed the company’s first orders in Berlin in November 2011, it would have been hard to imagine the success that would come their way in the following years. As Richter and Griesel hand-delivered fresh ingredients to its first ten customers, they’d soon arrive at a stage wherein they wouldn’t be able to do it themselves.

Hello Fresh has rapidly grown into the de-facto market leader for meal kit deliveries in most countries where the company is active.

HelloFresh’s rise has been staggering. According to its latest data, it delivered approximately 1 billion meals to right around 8.5 million active customers spread across 17 countries. It has rapidly grown into the de-facto market leader for meal kit deliveries in most countries where the company is active. Which means that the recruitment side of things has had to follow suit. According to Yasar Ahmad, HelloFresh’s Vice President Talent, it has seen them going from 11 to 25 thousand employees in just the past twelve months.

“Last July, I was able to hire around 60 recruiters in the space of a month.”

The same applied to a group where the scarcity is real: recruiters. “We scaled significantly with the recruiting team. Last July, I was able to hire around 60 recruiters in the space of a month. Because the story was simple. Join our team and you’ll be the most expensive coordinator in the world. Why? Because you just won’t just be a coordinator. You’ll be a talent experience specialist, a talent intelligence specialist.”

Ahmad and HelloFresh’s strategy revolves around driving the hiring culture. “It’s all about creating an environment where the organisation grows itself”, Ahmad told ToTalent co-founder Martijn Hemminga in a video interviewnwer. “I think when you understand the purpose of a business or you have a purpose as an organisation and you want to achieve that, each individual within the organisation should really drive that by hiring over firing great people. We want great people to work for our organisation so we can grow.” 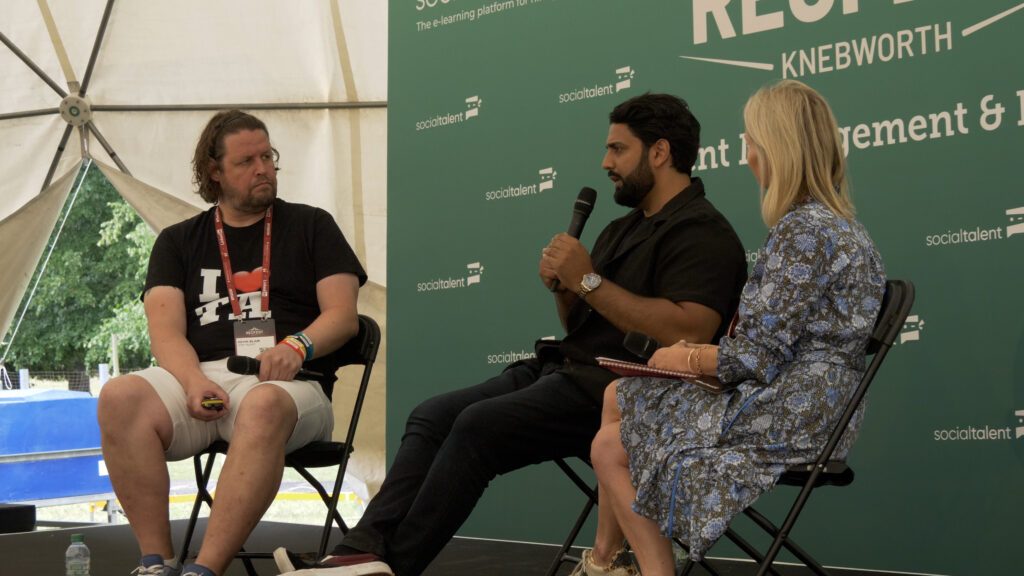 “I think hiring culture should be ingrained in all organisation’s DNA.”

“I think a hiring culture is more about the end-to-end process”, Ahmad explains. “A hiring culture doesn’t just stop when that person is hired. It stops until the person’s left. The hiring continues during someone’s career. I could offer internal mobility options. That’s part of the hiring culture. If you join my organisation, for me it’s about how can I create an environment where my recruitment team is reaching out and saying: Hey, do you want to join a move to New Zealand or Australia? I think hiring culture should be ingrained in all organisation’s DNA.”

‘You’re part of a conveyor belt’

“I think the onus is on the entire organisation to understand that each person has their own role and responsibility during this process.”

The pi-shaped road to fulfilment

With employee fulfilment becoming a more serious issue for most employers, Ahmad sees reason for taking an approach centred on becoming pi-shaped. “You have your I-shaped people who are usually very one competency driven, then there’s a T-shaped that relies on the breadth first, and then the competency. Now you have pi-shaped, where you have multiple competencies — and even comb-shaped, with even more competencies.”

“Organisations should be focusing on adding more to people’s plates, but within the 40 hours that you have during the week.”

“I think the element of fulfilment is currently what’s missing at a lot of places, partly due to remote and hybrid working. Organisations should be focusing on adding more to people’s plates, but within the 40 hours that you have during the week. So far, for us in recruitment, we’ve done that by literally adding sourcers to do telemarketing employee branding, and getting our coordinators to do talent intelligence and getting our recruiters to do internal mobility.”

“If they’re happier, they’ll do a better job. It kind of all reciprocates. If your morale is higher, you’ll be 30% more productive.”

I think we’re coming to a critical time in the industry and in general, whether you’re a recruiter or not, where you want to become more pi-shaped. For us, it’s about trying to think: OK, you do this one job, how can I give you more so you feel more fulfilled? By adding multiple competencies, the team feels more fulfilled because they’re learning so much more. If they’re learning so much more, they’re happier. If they’re happier, they’ll do a better job. It kind of all reciprocates. If your morale is higher, you’ll be 30% more productive.”

“Most TA teams want a strong roadmap. They want to know: where am I going? And after that: where am I going after that? At HelloFresh, we’ve dubbed it TA 4.0. The first step is always: How do we add multiple competencies? But then we have separate, very blue-sky thinking goals that we use as steps. There’s turning candidates into customers. Then we look at how we can offer in 24 hours. Then there’s the 1 million CVs that we receive every year. What can we do with them? How can we become more sustainable? These are all just ideas at the moment, a bit of writing on a piece of paper, but it’s about having a focus.”

“What does your team aspire to be like? What are they focusing on? And that’s where the clear goals gives your team a sense of motivation, and excitement.”

Finally, Ahmad sees an opportunity for TA to break the recruitment team up into three parts. “One is delivering, which is your day-to-day job. If you don’t do deliver, you get fired. Then two: process excellence. How can we constantly improve our process, which every team leader should focus on? And three, which gets ignored the most, is the innovation part. So I would say to each leader, make sure you’ve got all three parts. The delivery and process excellence, but also think that about the innovation. What does your team aspire to be like? What are they focusing on? And that’s where the clear goals gives your team a sense of motivation, and excitement. It is true forward-thinking and allows room for innovation.”

Does Europe lag behind the US in candidate experience?