Where is the staffing industry headed? According to John Nurthen, Staffing Industry Analysts (SIA) Director, the future is bright. We accumulated his 10 insights during an exclusive session with recruitment leaders in the Netherlands. 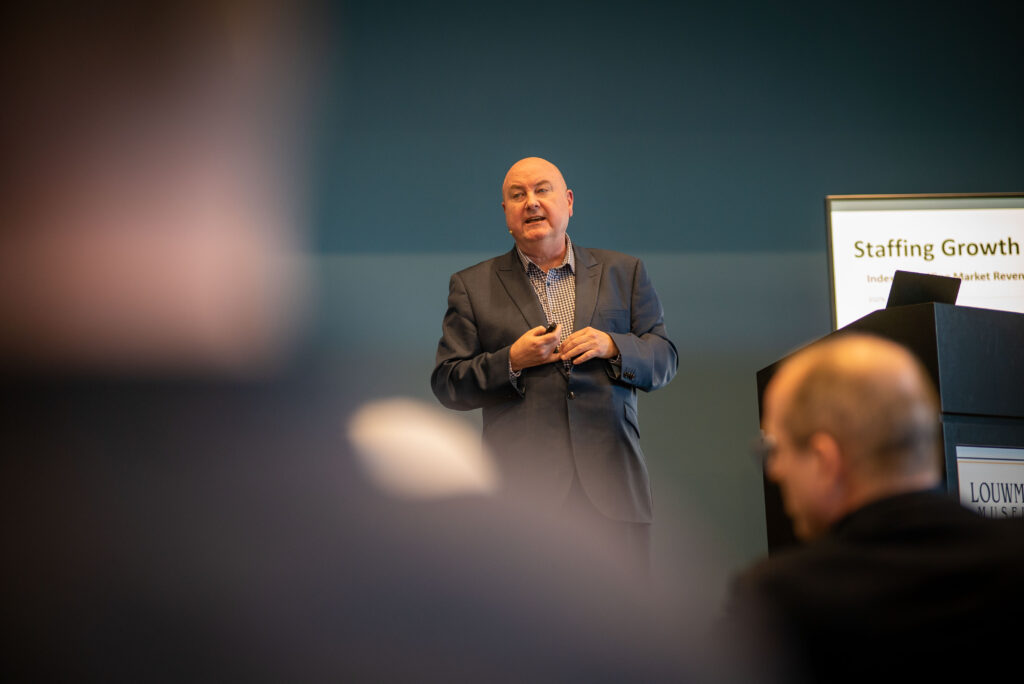 For years, Staffing Industry Analysts has provided anyone working within the world of recruitment with valuable insights. For more than 30 years, they’ve been the primary source for the latest trends and developments on a global basis. SIA, therefore, is about as well-equipped as any organisation out there to look forward and predict where things may be headed. During an invite-only event in the Netherlands, Staffing Industry Analysts’ John Nurthen presented 10 insights on the staffing industry of tomorrow. Nurthen himself has 25 years of experience within the staffing industry, having previously worked in senior managerial roles for three of the world’s largest staffing companies: Select Appointments, Vedior and Randstad. He played an active role in major equity offerings and mergers.

10 insights on the staffing industry of tomorrow

Let’s delve into Nurthen’s 10 insights for the staffing industry.

#1. China is growing fastest but Europe is still dominant

As is often the case, the greatest growth can be found in China. Between 2013 and 2022, the Chinese market increased by more than 300%. But other notable risers were European: Ireland’s staffing industry surpassed 250%, while Poland surpassed 200%. Italy, Spain, Finland and Sweden also all rank within the staffing market revenue growth top 10. That’s pretty surprising, says Nurthen.

The staffing industry obviously took a fall throughout the COVID-19 pandemic, but when we look at the big three, Randstad seems to come out on top during the recovery period compared to Adecco and ManpowerGroup, based on staffing revenue. Recruit, the Japanese parent brand of Indeed (among others), seems to be the surprising champion of the industry. In terms of market capitalisation, Recruit singlehandedly exceeds the valuation of the top 13 listed staffing firms operating in Europe. “They seem to have managed to convince investors that they’re a tech company”, said Nurthen. “When, in fact, much of their revenue comes from straightforward staffing.”

#3. The tightness is everywhere

It’s nothing new, but SIA and Nurthen’s statistics clearly showed that the shortage is by no means an exclusively a European phenomenon. In eight countries studied (Japan, Germany, the Netherlands, US, Australia, UK, Australia, and Belgium), unemployment was at its lowest level since 2000. Only Italy did not see a record low in unemployment in the second quarter of 2022.

“Finding people has never been so difficult. That also offers good opportunities for employment agencies.”

The same sentiment is also reflected in the number of vacancies, which continues to rise. Across Europe, there are now even more than 17.5 million open vacancies, Nurthen said, citing Textkernel figures for the UK, the Netherlands, Germany, France, Spain, Italy and Belgium. Spain has seen the greatest growth. Nurthen called the data “extreme”. “Finding people has never been so difficult. That also offers good opportunities for employment agencies. Because remember: your customers don’t want to use you. They prefer to do it themselves. But they just can’t do that.” 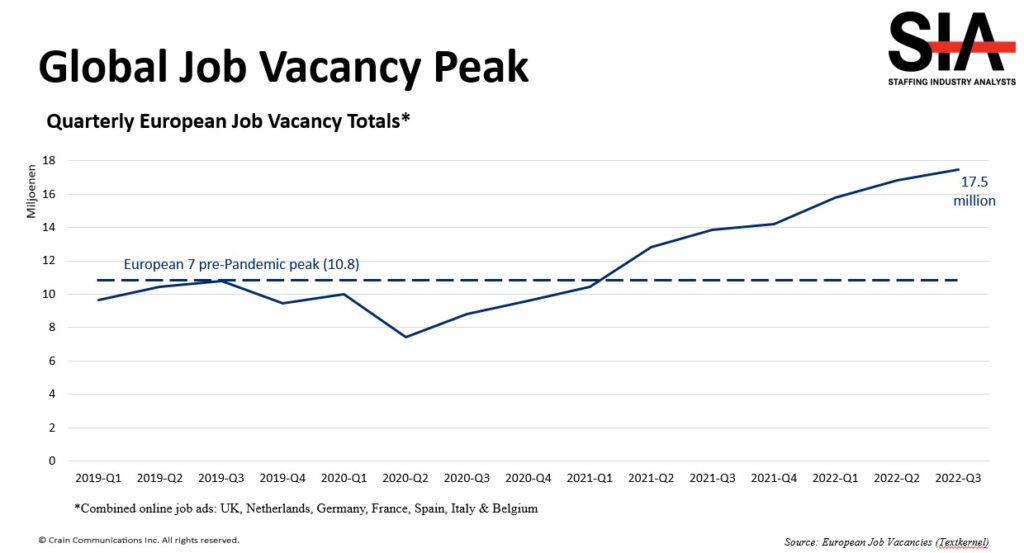 But those good opportunities don’t just come to those who wait, Nurthen said. After all, there are many risks lurking. Societal issues, but also ecological issues. SIA sees loss of social cohesion (27.88%) as the greatest danger, followed by livelihood crises (25.5%) that is under pressure and the lack of action to combat climate change (25.4%). “So: Merry Christmas everyone”, Nurthen added jokingly. 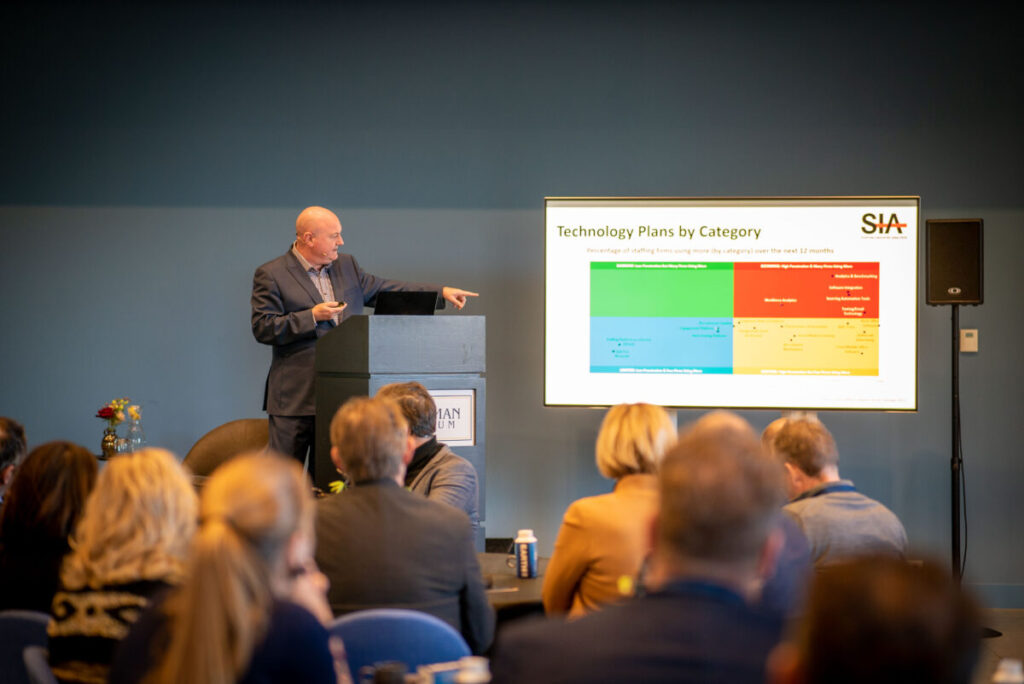 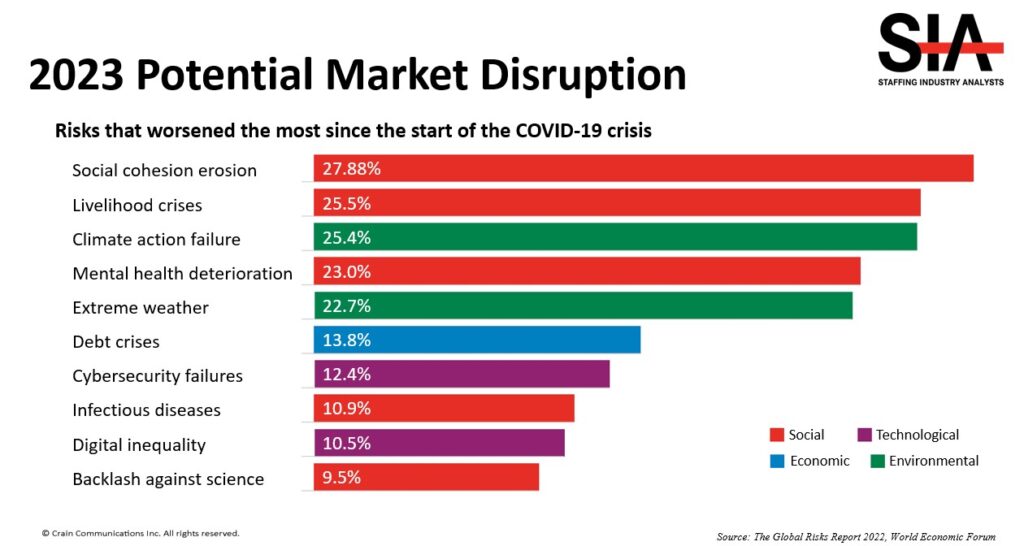 Despite potential disruptions, Nurthen still sees growth ahead for the Dutch job placement market, which he highlighted as his session took place in the Netherlands. In total, the total market is expected to grow by about 5% this year, and another 3% in 2023. In total, that would mean the Dutch market surpasses 24 billion in turnover for the first time, which subsequently means a growth of 60% in 10 years. That means that the staffing industry would account for approximately 3% of the total Dutch GDP.

#6. ‘Opportunities are there for the taking’

Nurthen sees opportunities in the entire HR chain. Staffing firms and other workforce intermediaries have opportunities beyond just matching candidates and employers? Why not add education to the business model? Or coaching? Or HR consulting?“Opportunities are there for the taking, throughout the entire candidate and client journey”, Nurthen added.

Further digitalisation, however, should be a prime source of growth, Nurthen outlined. Not so much in the first steps, in which you replace the Rolodex with a database, so to speak, but in the most far-reaching form: a complete change of your business model and proposition, in which digitisation is the starting point. Instead of just a means to work more efficiently. “We’re in the early days of this right now”, Nurthen said.

However, Nurthen cited a good example about the impact of digitisation and the fear that this often brings about. He suggested that automation isn’t necessarily heading in one clear direction. Take the number of fully automated car washes in the United Kingdom — which has decreased rather than increased since 2003 by about 50%. At the same time, however, the number of car washes where people clean your car has increased by 50%. Here is an example of humans taking the jobs of robots. “Because the labor is so cheap and humans are pretty good at washing cars”, says Nurthen. 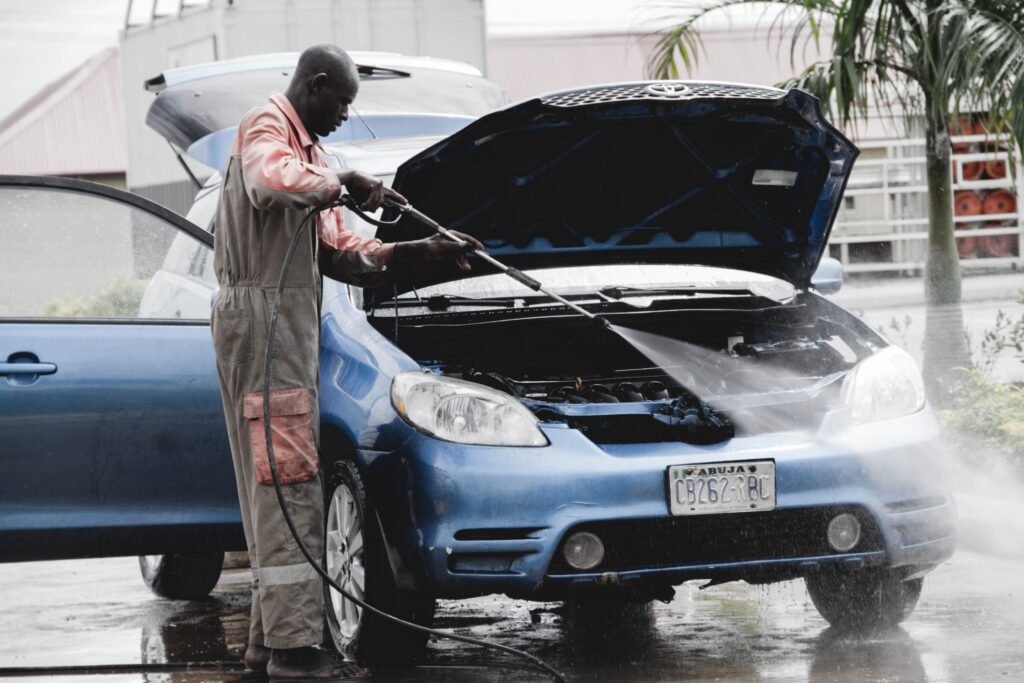 The so-called Lava Car Wash: where automatic car washes are enhanced with human interaction for the finer details. “There is a good analogy there.”

At the same time, Nurthen also sees a more ‘hybrid’ form emerging. The so-called Lava Car Wash: where automatic car washes are enhanced with human interaction for the finer details. “We see exactly the same thing happening in the staffing industry”, he said. “The self-service option, and the superior option. So there is a good analogy there. And I think more and more agencies will have to choose which side they want to sit on.”

#8. IT continues to grow

Worldwide expenditure on IT is still growing faster than the GDP. Because of one thing: digitisation. It has been growing, and will continue to do so for the forthcoming months and years, according to SIA calculations. “The main challenge is not to panic because of this”, Nurthen said. “Because technological developments are growing so fast, it’s increasingly hard to keep up.” Today’s challenge is to avoid anxiety attacks, psychotic breakdowns, heart attacks, and strokes as a result of being accelerated to death.

A large – and growing – global skills gap is therefore a real risk, Nurthen said. But according to him, that isn’t all bad news for the intermediaries. “All major temporary employment agencies are now investing heavily in reskilling and upskilling, and are buying companies that specialise in this. Under the mantra of: grow the talent yourself.”

The entire intermediary market may well become ‘the new fintech’. Or, putting it more clearly: the market where exciting things happen. The investment of $250 million in Spanish staffing platform Jobandtalent this year is an example of this, according to him, given they plan to invest the money in developing more flexible payments for temp workers. New investments in blockchain to store candidate data is another example of innovation that has the potential to offer efficiencies for jobseekers, intermediaries and employers. 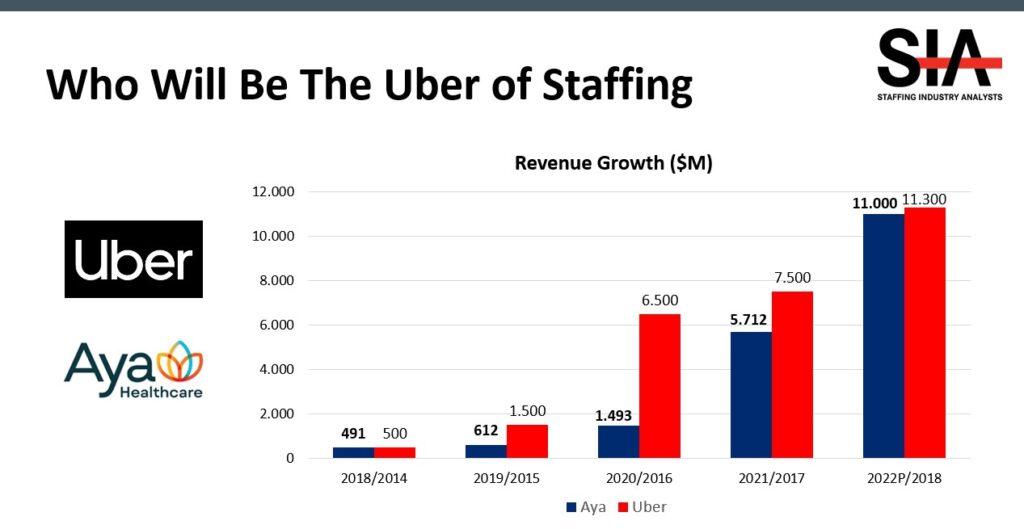 Aya Healthcare is now America’s largest healthcare staffing agency and is expected to achieve over $11 billion in sales this year following growth of more than 300% in 2021.

The development of more automated platform-type services is set to transform a number of staffing sectors. One staffing firm is achieving Uber-like growth numbers supported by a platform delivery model, Nurthen said. Aya Healthcare is now America’s largest healthcare staffing agency and is expected to achieve over $11 billion in sales this year following growth of more than 300% in 2021. Comparing those growth statistics with that of Uber in the 2014-2018 time period, the resemblance is striking…

We have entered the era of extreme recruiting, Nurthen concludes. In which pay rates can escalate and a true arms race for technology is taking place. The boundaries of the profession will therefore likely be stretched. It is, therefore, important for those within the staffing industry to stretch and aim to be omnichannel enabling clients and candidates to interact with you according to their preference. “So it’s time to think carefully about your own place in that landscape.”

“The future is bright”, Nurthen concludes. “Bring your sunglasses.”

But nevertheless, Nurthen wants to end on an optimistic note. There are so many opportunities, he says, and so many interesting developments coming up. From biotech to combating climate change. From discovering space to continuous technological innovation. “The future is bright”, Nurthen concludes. “Bring your sunglasses.”