HomeNewsLeadershipWhat happens when you recruit someone who doesn’t know what they’re doing?

What happens when you recruit someone who doesn’t know what they’re doing?

You’ve probably heard this sentence before: leadership cannot really be taught, it can only be learned. Following that premise, there’s still a good chance the manager of a plumbing company might not be the perfect fit as the CEO of Microsoft. But it still makes for an interesting question: what would happen if you simply hired a manager from an entirely different sport? Who doesn’t know what they’re doing? 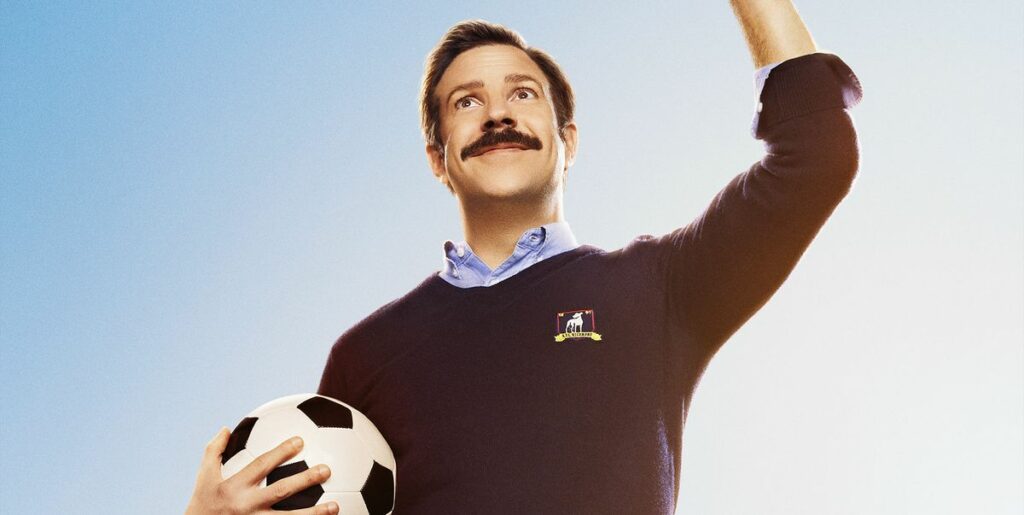 Leadership is an interesting conundrum, because what is a good leader? We could ask thousands of employees from all walks of life, and you’d probably get a thousand different answers. Some may be similar in a sense, but fact of the matter is that we can all look for different traits in our leaders. Some might be best served with an empathetic leader, while some will work better under a stern boss, who simply takes control of the working environment.

Leadership put to the test

Imagine a scenario where you take your weekly business decisions, and have journalists come in and question your every move in a live press conference that is broadcasted on national television. ‘Mr. Jacobs, why did you launch this app now? Mr. Jacobs, why did you move Chantal over to the PR side, when she is clearly best served doing sales?’. There are perhaps no environments where leadership is so visibly tested as they are in the world of sport.

From wanting to kill your boss, to being the boss

If you’ve ever felt a desire to harm your boss, or you’re just a fan of good comedy, you may have seen the film Horrible Bosses. The film follows Jason Sudeikis, alongside fellow comedy greats Jason Bateman and Charlie Day, on a journey against leadership. In the film, their respective bosses all have overbearing, arrogant and flat-out aggressive personalities. A toxic leadership cocktail, if you will.

Though Sudeikis wanted to kill his boss in Horrible Bosses, he is the boss in Apple TV+’s latest hit series Ted Lasso. In the 10-part tv series, Sudeikis plays a hopeful American Football coach who is flown out to England to manage a fictitious Premier League team: the mighty AFC Richmond. In the story, Lasso knows absolutely nothing about the sport. The offside rule, formations, set piece set-ups: he does not have a clue.

“Is it believable that someone who has no idea what they’re doing could be put in charge of something as important as a Premier League team?”

The series, however, is not about football, or ‘soccer’. It’s about answering a simple question that had never been asked before, not in life, nor in a tv format. “Is it believable that someone who has no idea what they’re doing could be put in charge of something as important as a Premier League team?”, Sudeikis told the Boston Herald. It’s about leadership.

Ted Lasso, by all means, is a unique character. Described by Sudeikis as an ‘overly optimistic soul’, he seeks to bring out the very best in others every chance he gets. When it comes to real-world leaders, there isn’t much to compare. “What gets tested is he’s someone that cares more about the lives and humanity of these young men than about winning or losing”, the series co-creator, writer and executive producer Bill Lawrence said. 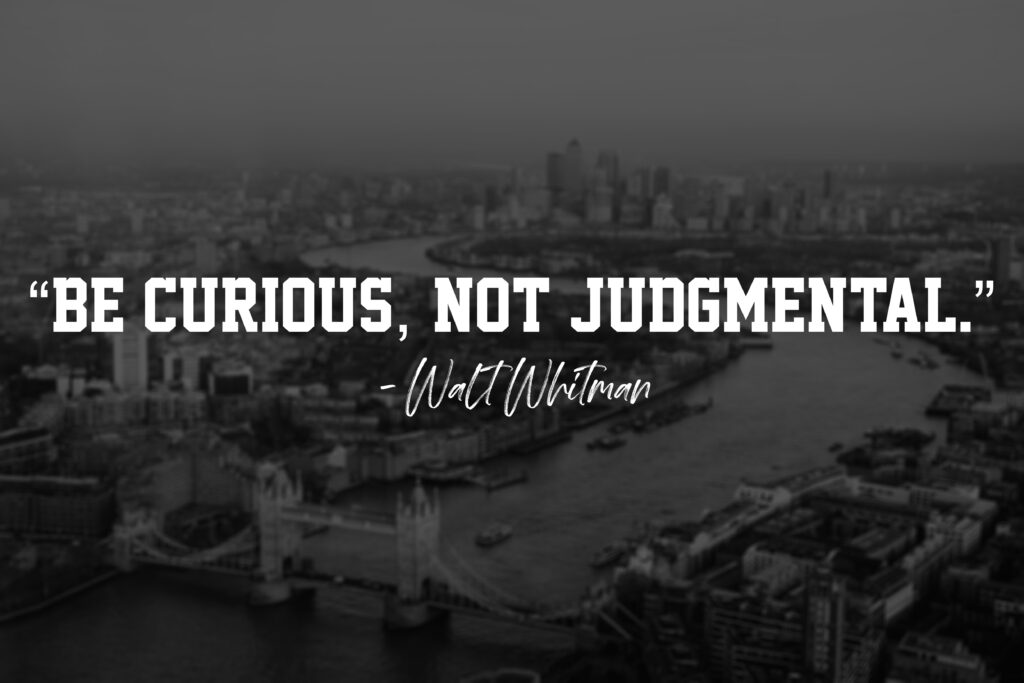 The underlying message is a simple one: when you don’t understand why someone is doing something in a particular way, ask, and don’t judge.

During a time when empathy and empowerment seem to be the required leadership skills, Lasso is perhaps the character we should all aim to be. To give you an example: there’s a show-defining moment in episode 8, where Lasso gives a monologue based on the infamous Walt Whitman quote “Be curious, not judgemental.” The underlying message is a simple one: when you don’t understand why someone is doing something in a particular way, ask, and don’t judge. The best leaders know that assumption is always the wrong thing to do.

The nice guy can win

Perhaps the biggest misconception about good leadership the series attempts to eliminate is that of the dominant male, that seeks to inspire his workforce through an enlarged ego, but so rarely succeeds. Lasso serenades his players and staff with positivity, with kindness, and compassion. These are leadership traits that are often snowed under by economic or competitive pressure, but can in fact be the basis of a great leader. 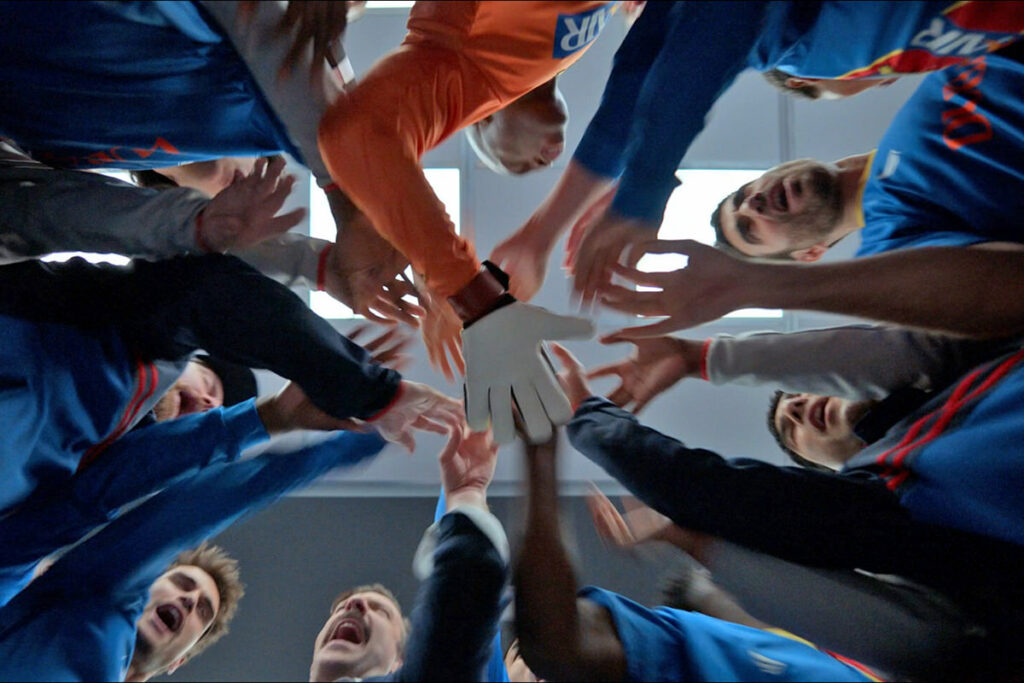 Armed with a healthy dose of self referential humour, and a great work ethic, he forges one of the most dysfunctional, fictional teams into a tight-knit, cohesive team.

Whether it’s a teacher, a coach, a parent, or a boss – we all have people we look up to in our lives. Though Lasso is undoubtedly clueless when it comes to managing his everyday tasks, he undoubtedly isn’t when it comes to managing people. Armed with a healthy dose of self referential humour, and a great work ethic, he forges one of the most dysfunctional, fictional teams into a tight-knit, cohesive team.

It’s highly unlikely Lasso’s character is based on any one in the real world, but he serves as a gentle reminder: choose compassion over tradition. As the great Kurt Vonnegut once welcomed everyone to this earth: “Hello babies. Welcome to Earth. It’s hot in the summer and cold in the winter. It’s round and wet and crowded. On the outside, babies, you’ve got a hundred years here. There’s only one rule that I know of, babies-“Gosh dang it, you’ve got to be kind.” And that applies to anyone. To those in leadership positions — and even the ones that have no clue what they’re doing.