HomeNewsNewsThe problem of recruitment in the 21st century: the colour-line

The problem of recruitment in the 21st century: the colour-line

For many organisations, there is a clear and apparent need for diversity. But for teams to be well and truly diverse, it starts with diverse hiring teams. New statistics in the Netherlands show that BAME (Black, Asian, Minority Ethnic) recruiters make up only 8.6% of the grand total. If those doing the hiring aren’t diverse, how can we establish any sense of real diversity? 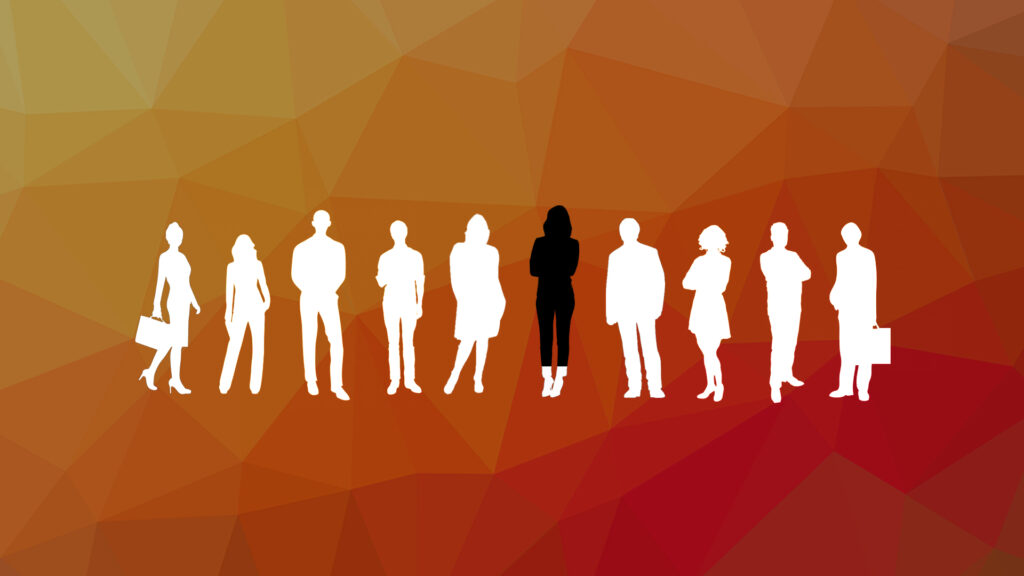 I’m going to start this article by quoting W.E.B. Du Bois, an American socialist and historian. In 1909, Du Bois founded the NAACP, the oldest and largest civil rights organisation in the US. He is widely regarded as a pillar for African American rights. Barack Obama – you may have heard of him – was heavily influenced by Du Bois’ words in his mid-twenties, Chicago days.

It is precisely 117 years ago since Du Bois’ infamous The Souls of Black Folk was first published. And even though the book may have been written over a century ago, many of the things Du Bois wrote about still hold true today. In the very first chapter of the book, Du Bois introduces the term “double-consciousness”. Which he defines as “a sense of always looking at one’s self through the eyes of others, of measuring one’s soul by the tape of a world that looks on in amused contempt and pity.” 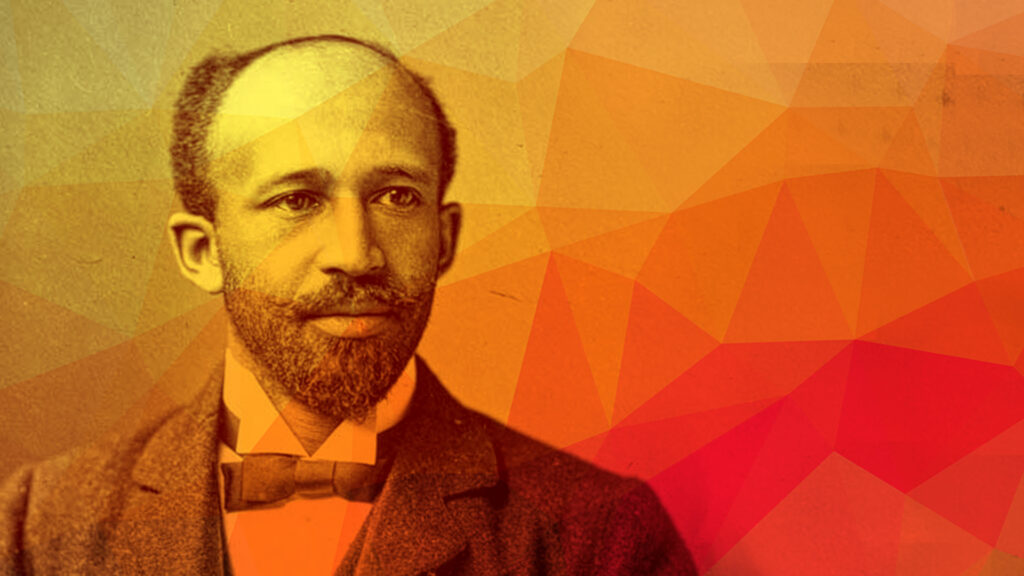 Even though the book may have been written over a century ago, many of the things Du Bois wrote about still hold true today.

In essence, it revolves around the notion that black men and women constantly have to evaluate how they are seen in the eyes of society. In the next chapter, Du Bois delves into the period between 1861 to 1872. To help freedmen (freed slaves) transition from slavery to freedom, President Abraham Lincoln created the Freedmen’s Bureau in 1865. As African Americans were finally allowed an education, allowed to vote, the wide-spread problems with how black people were viewed continued. As DuBois puts it: “The problem of the twentieth century is the problem of the colour-line.”

And what about the 21st century? You’ll have to allow the slight hint of sarcasm. But I think it’s more than fair to state we have done a pretty shitty job at allowing true equal opportunity for all. When the National Football League first introduced ‘The Rooney Rule’, I would have been 8-years-old. The year was 2003. It required professional teams to interview at least one ethnic-minority candidate for senior positions.

To allow equal opportunity, teams were mandated to force a sense or equality.

I’ve always been fascinated by it. To allow equal opportunity, teams were mandated to force a sense or equality. And perhaps in a fair world, it would have worked. The rule was introduced at a time when two African American coaches were fired, let’s say, quite unfairly. Fast-forward to 17 years laters. Of 32 teams, only three have African-American head-coaches. As per the San Francisco Chronicle, “the same number as in 2003, when the rule was adopted to promote diversity.”

If we just continue the sport trend, but then on this side of the Atlantic, just for the sake that it’s easy to measure. After all, teams love to show photos of their managers. If we were to take the seven top divisions of football in Europe. So that’s the top tiers of football in England, Portugal, Italy, Spain, Germany, Holland and France. That’s a total of 136 managerial jobs. Of those 136 managerial jobs, only three are filled by those who can be considered BAME (Black, Asian and minority ethnic): 2.21%.

Moreover: the English Premier League, the German Bundesliga, the Dutch Eredivisie, the Italian Serie A, and the Spanish LaLiga combined for a grand total of zero black managers. 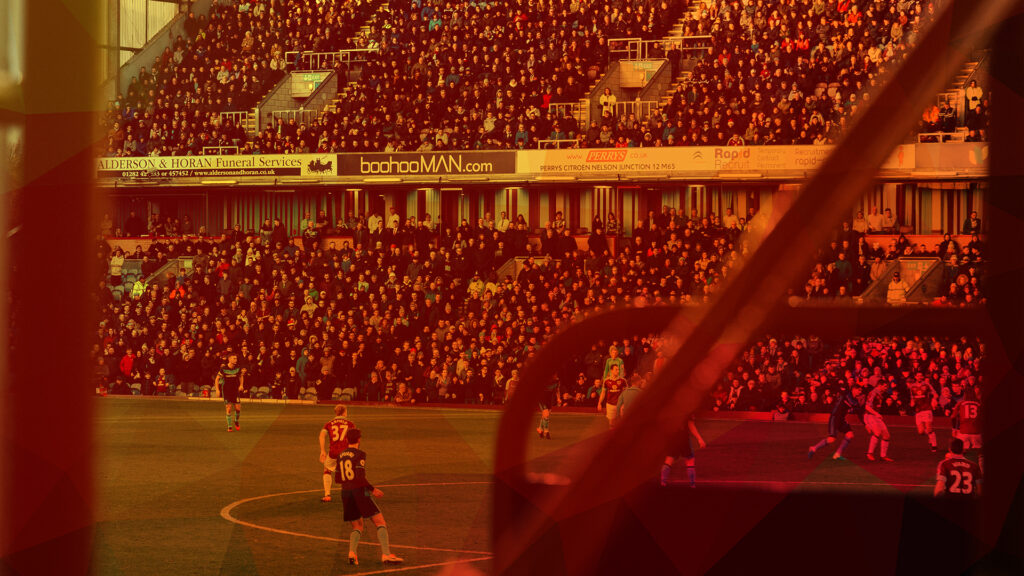 The highest football leagues in England, Germany, The Netherlands, Italy and Spain combine for a grand total of zero black managers.

The alarming lack of black and ethnic minority managers is something respective sport bodies should address. The Rooney Rule has largely proved to be ineffective in the long-term, but at some point, it can no longer be ‘yes, but they are doing a worse job’-discussion. The results of a ethnically diverse workforce are there. As per Harver’s research in 2019: “Racially and ethnically diverse companies are 35% more likely to outperform their competitors.”

It lead me to asking a fairly straightforward question: how ethnically diverse are the ones doing the hiring?

It lead me to asking a fairly straightforward question: how ethnically diverse are the ones doing the hiring? We can implement rules about those hired in several positions within an organisation, but if the ones who are doing the hiring aren’t diverse – how can we really expect results benefiting diversity?

We asked data pioneers Intelligence Group to conduct research of the total amount of ethnic minorities in the world of recruitment. With their extensive knowledge and databases of the Dutch job market, we asked them to answer a few questions. We asked them for the total number of recruiters, in the broadest sense (intermediary’s and recruitment and selection consultants? One number came out: 50.350.

“That group is strongly underrepresented and therefore makes it a lot more difficult to build a bridge toward that segment of the target group when it comes to recruitment.”

Though there are no numbers to indicate or differentiate with regard to colour of skin, Intelligence Group was able to establish the total percentage of recruiters with a non-Western immigration background based on the total number of active recruiters in the Netherlands. That boils down to a mere 8.6%. “That group is strongly underrepresented and therefore makes it a lot more difficult to build a bridge toward that segment of the target group when it comes to recruitment”, Geert-Jan Waasdorp, CEO and owner of Intelligence Group, adds.

The problem of the 21st century

The list feels somewhat endless in certain categories, and I just can’t help but wonder why. Football managers, recruiters – they just serve as an example. We could be talking about journalists, or Formula 1 drivers. About banking or e-commerce CEO’s. We could think of more anti-discrimination laws, or rules for organisations in an attempt to hire more inclusively.

Mark van Assema: ‘Why recruiters can only be truly bias-fre...

‘Why recruitment has ‘outgrown’ cost-per-hire and time-...

‘People are the heart of any business; it is important to remem...