HomeNewsDiversityState of Diversity Hiring Report: ‘Companies have made commitments, but lack follow-through’

State of Diversity Hiring Report: ‘Companies have made commitments, but lack follow-through' 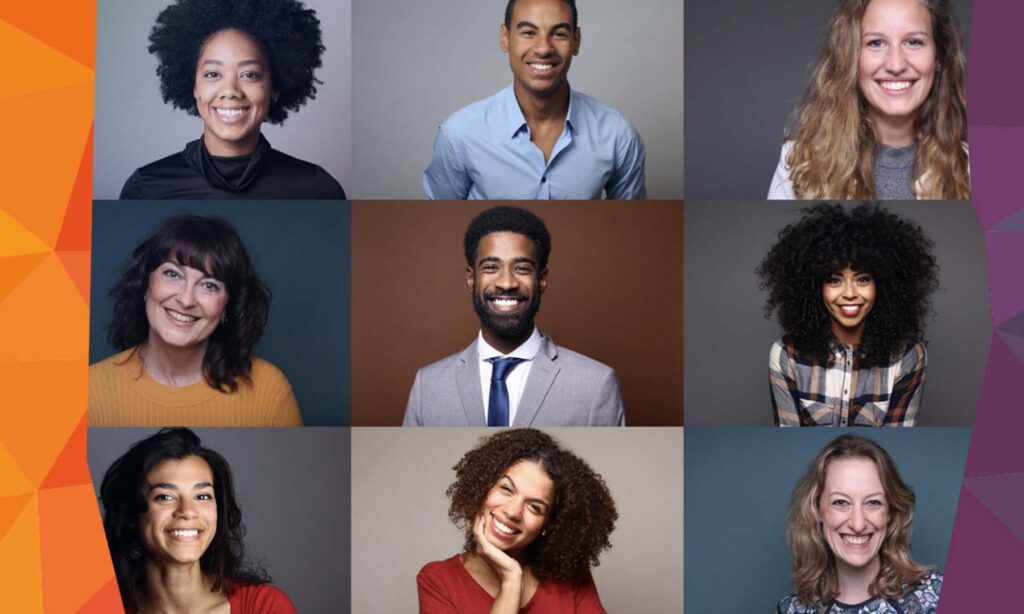 The grades are in, and they aren’t pretty. While diversity became an incredibly hot topic over the course of the past two years, SmartRecruiters’ latest edition of their Diversity Hiring Report indicates that it largely remained just that: a topic. While the desire for more diversity, inclusion and equity may be real, organisations continue to miss out on what SmartRecruiters describe as the most basic opportunities within the recruitment process.

“Nothing’s changed in the last decade. The reality is that companies are not doing the simple things.”

“People are well-intentioned”, said Jerome Ternynck, Founder and CEO of SmartRecruiters. “They really want diversity. But nothing’s changed in the last decade. Why? The reality is that companies are not doing the simple things.” The results of SmartRecruiters’ report are based on 401 self-assessments, completed through the first half of 2021. The pool of respondents was built up out of an intercontinental mix. 53% work in North America, 39% in Europe, the Middle East and Africa, and 8% in Asia-Pacific. The technology sector took up the largest number, with participants typically representing small to midsize companies.

An open vacancy generally goes paired with a neat video about the organisations, a job description and a couple of header images of smiling people. But when those overly white teeth pictured on career sites belong to, well, white folks — then something isn’t quite right. According to SmartRecruiters’ survey, only 15% reported that their company featured underrepresented groups on their company website, career channels and other recruiting collateral less than 10% of the time.

Only 15% reported that their company featured underrepresented groups on their company website, career channels and other recruiting collateral less than 10% of the time.

And in some industries — it’s even worse. “Energy, Food, Technology and Finance participants were far more likely than their peers in other industries to report featuring underrepresented groups less than 10% of the time”, the report reads. “Perhaps most surprisingly, so were Consumer Packaged Goods respondents — an industry that absolutely depends on diverse perspectives to serve its customers well.”

It’s part of what SmartRecruiters describe as a disconnect between the building of diversity brand equity: it requires the full effort of the D&I, talent acquisition and marketing teams. “It can’t be left to the D&I team alone”, they say. “Attracting diverse talent requires a deliberate, highly strategic partnership between them. Yet, we found that only about 25% reported that their organisations have these functions working closely together more than half of the time.”

“Adding statements of inclusion, highlighting channels to request accommodations on an application, or optimising the website for accessibility. The fixes are simple.”

SmartRecruiters points to Cielo Talent’s recent brand equity success as an example to take note of. Through constantly monitoring all the content output of their clients — careers website, diversity page and the language used in job descriptions — they constantly look for opportunities to improve, the report says. “Often, the fixes are simple. Adding statements of inclusion, highlighting channels to request accommodations on an application, or optimising the website for accessibility.” 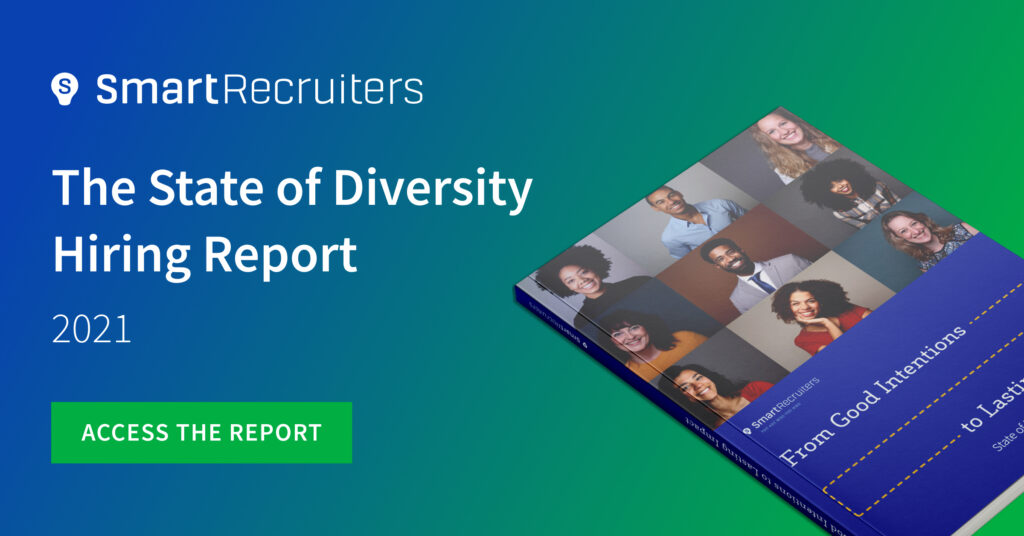 While it is one thing to speak about the intention to hire more diversely and create a fairer world for all — it’s a completely different thing to act on it. The report illustrates that funding is one area where companies haven’t aligned their promises with their acts. According to the research, only 32% of respondents believe their company have a budget for diversity sourcing that aligns with their diversity hiring objectives.

Organisations have made commitments, but are lacking the follow through.”

“Candidates are tired of seeing companies make empty promises to improve diversity and inclusion”, says Rocki Howard, SmartRecruiters’ Chief Diversity Officer. “Organisations have made commitments, but are lacking the follow through. By authorising adequate funding for diversity hiring initiatives, company leaders signal their commitment to diversity with capital — a much stronger (and more meaningful) action than public statements alone.”

If supporting mobility for internal talent is so vital to achieving diversity hiring goals, why do so many organisations fail to engage the diverse employees they already have?”

While only 14% of companies allow for the opportunity to blindly submit internal applicant qualifications to its hiring manager, SmartRecruiters has identified accommodating blind submissions as a simple, yet significant step toward giving diverse internal talent a shot. “The course of action is clear”, they say. “Increase opportunities for your existing diverse talent to access development and internal mobility. Take advantage of the talent you have before they feel under-appreciated — and move on.”

Implicit bias has long served as the common denominator in unsuccessful DEI initiatives. While TA leaders, recruiters, hiring managers and others may long for a sense of objectivity in their work — implicit or unconscious biases are always around the corner. Adding structure, while governing and measuring that structure goes a long way toward creating a hiring process that can actually be considered fairer.

SmartRecruiters’ report illustrates that it may be the one area where organisations have progressed. “More companies are adopting standardised interview processes to reduce bias and support fair hiring practices”, they say. “Across the board, more than half of participants said their companies have made at least some progress toward developing processes for governing and assessing standardised interviews.”

‘Skills are better predictors of success’

The downfall lies in the fact that organisations still recruit based on criteria that by no means predicts success within a job, the report argues. Moreover: it’s usually criteria that hinders diverse talent. “Not everyone has an opportunity to attend a four-year college as a young adult. So basing decisions on legacy expectations (like degree requirements) could be introducing bias against candidates from disadvantaged communities.”

“Becoming clearer about what is actually required for success in the role is a vital step toward minimising bias in hiring decisions.”

Rather than focusing on college degrees or work experience, the report points to skills and competencies as much better success predictors. “Becoming clearer about what is actually required for success in the role is a vital step toward minimising bias in hiring decisions”, SmartRecruiters state. “Yet most participants (69%) said their companies haven’t benchmarked predictors of success in the role, and more than half (57%) haven’t developed scorecards for each role based on those predictors.”

If those applying don’t see any person resembling their likeness on the career site, working at the company, or during the application process — there’s a pretty good chance that person will feel not feel any sense of belonging. “Diverse interview panels put additional checks and balances in place to mitigate the impact of bias”, the report states. “And yet, across industries, the majority of participants (61%) said their companies ensure underrepresented groups participate in interview panels less than half the time.” 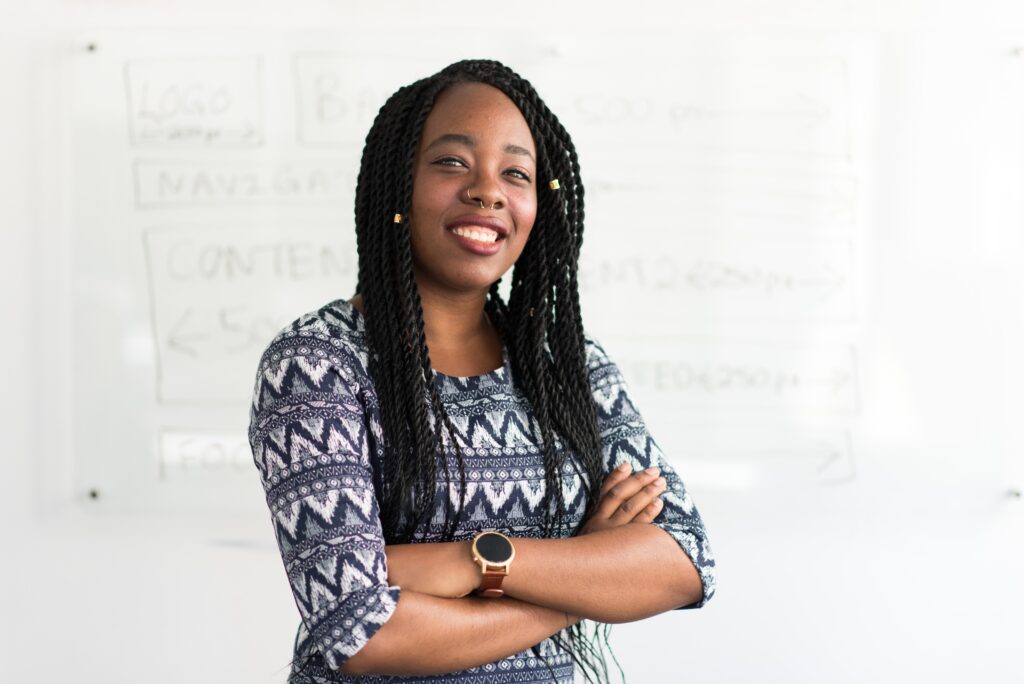 It starts with leadership

Finally, SmartRecruiters ends its report with a note of encouragement, albeit a critical one at that. “For companies making a true commitment, our research reveals significant opportunities to move the needle”, they say. “Unfortunately, these opportunities are often not being properly utilised or even ignored altogether. Don’t be discouraged. The biggest gaps in your diversity hiring plan provide a focused road map for making gains. Set a realistic baseline. Then take action to close the gaps, and elevate your efforts to meet them.”

“Companies serious about moving the needle on diversity hiring must dedicate serious time and money toward achieving progress.”

But as is usually the case — change can only take place when leadership buys in. And in this case, it requires leadership at all levels of the organisation, SmartRecruiters say. “You need a robust strategic plan and an infrastructure to scale your efforts. And you need resources. Companies serious about moving the needle on diversity hiring must dedicate serious time and money toward achieving progress.”