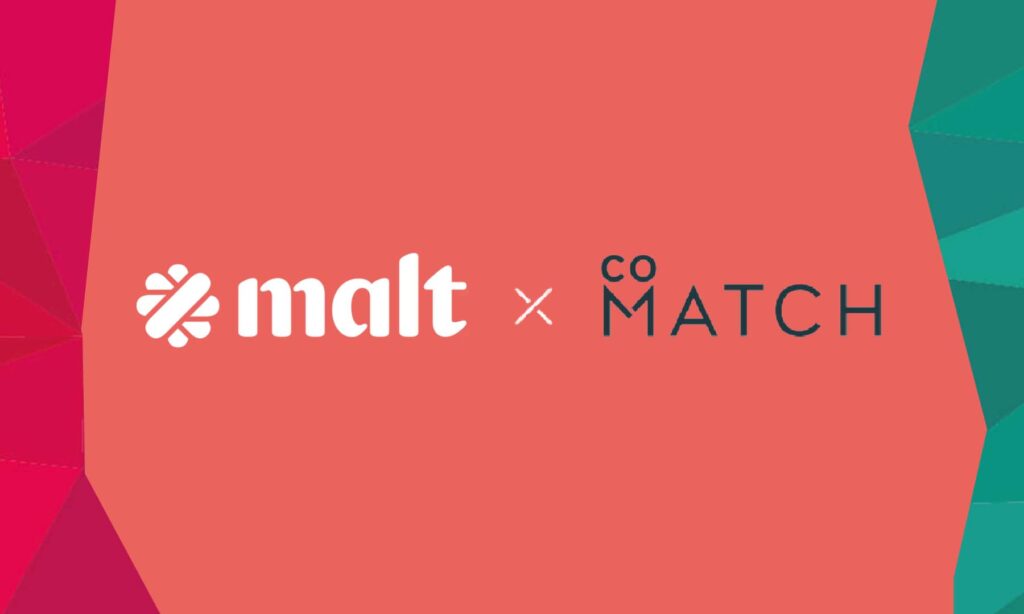 If you weren’t quite aware: 2022 will be or is the year of the freelancer. According to Randstad Sourceright’s 2022 Talent Trends report, a total of 71% of human capital and C-Suite leaders plan to shift roles to contingent, project or contract. Part of it is the COVID-19 related uncertainty, which has subsequently led talent leaders to reconsider their strategies.

Flexibility looks likely to be the common denominator in the way organisations will aim to attract and engage talent. 86% of leaders see policies, such as flex schedules and remote working as the way to go. “These companies realise that people, more than ever, want more control over their lives”, the report states. “Especially when it comes to work and how they spend a large part of their day.”

Based in a country where the total number of self-employed workers is increasingly rapidly, French start-up Malt quite literally lives and breathes freelancers. Since being founded in 2013, the company has excelled at amassing a community of freelancers. And pairing them with businesses for suitable jobs. It is estimated that Malt has approximately 340,000 freelancers and 30,000 businesses signed up to its community.

Initially starting in the French market, Malt has now made it its mission to spread the freelancer glory to other European nations. After an €80m investment in June 2021, the company has managed to accelerate its growth. In recent years, Malt has expanded into the Spanish, Belgian, Dutch, Swiss, Italian, British, Austrian, Portuguese and German markets. With the acquisition of Germany-based rivalling marketplace Comatch, Malt’s position in the latter market has grown once more.

Comatch, Europe’s leading consulting marketplace, has built a strong community of more than 15,000 top independent management consultants and industry experts, as per Malt’s press release. Since launching, the consulting marketplace with headquarters in Berlin has grown across nine markets with 130 full-time employees. “Comatch is a champion in the field of business consulting marketplaces”, said Vincent Huguet, Malt CEO. “We are eager and excited to bring our two worlds of high-skilled freelancers together.”

“We believe in a future where technology and business consulting continue to grow closer together.”

Combined, the two companies work with 80% of the CAC-40 and DAX-40 companies and together will build the largest European client network with more than 1,000 enterprises. “We believe in a future where technology and business consulting continue to grow closer together”, said Dr. Christoph Hardt, the Co-Founder and MD of Comatch. “Which is why we are very excited to jointly build Europe’s undisputed leading marketplace where organisations can find the best independent professionals for any possible project.”