After an economic collapse, a pandemic and a devastating explosion — Lebanon needs any help it could get. Amid an economic turmoil, Jobs for Lebanon shines as a beacon of hope for a country in deep economic trouble. “In 2021, we’re doubling our focus to make Lebanon an outsourcing hub for the world”, says Roy Baladi, its co-founder. 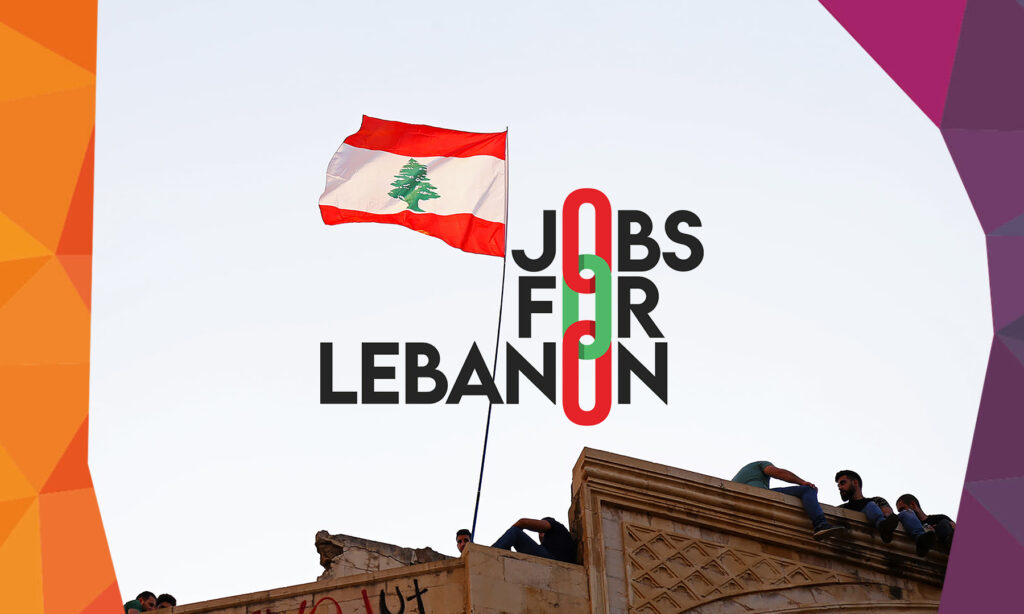 While the explosions in the Port of Beirut were heard around the world, the economic downfall that preceded the August 4 explosions, is still a relative unknown. The current economic situation in Lebanon is, in fact, so bad that the World Bank dubbed the economic crisis ‘the one that had the largest and most negative impact’.

‘One of the most severe global crises episodes’

In June, the World Bank reported the latest edition of its Lebanon Economic Monitor (LEM). To call the report ‘worrisome’ would be quite the understatement. According to the report, the economic and financial crisis currently ongoing in Lebanon is likely to rank in the top 10, possibly top 3, in the most severe crises episodes globally since the mid-nineteenth century. 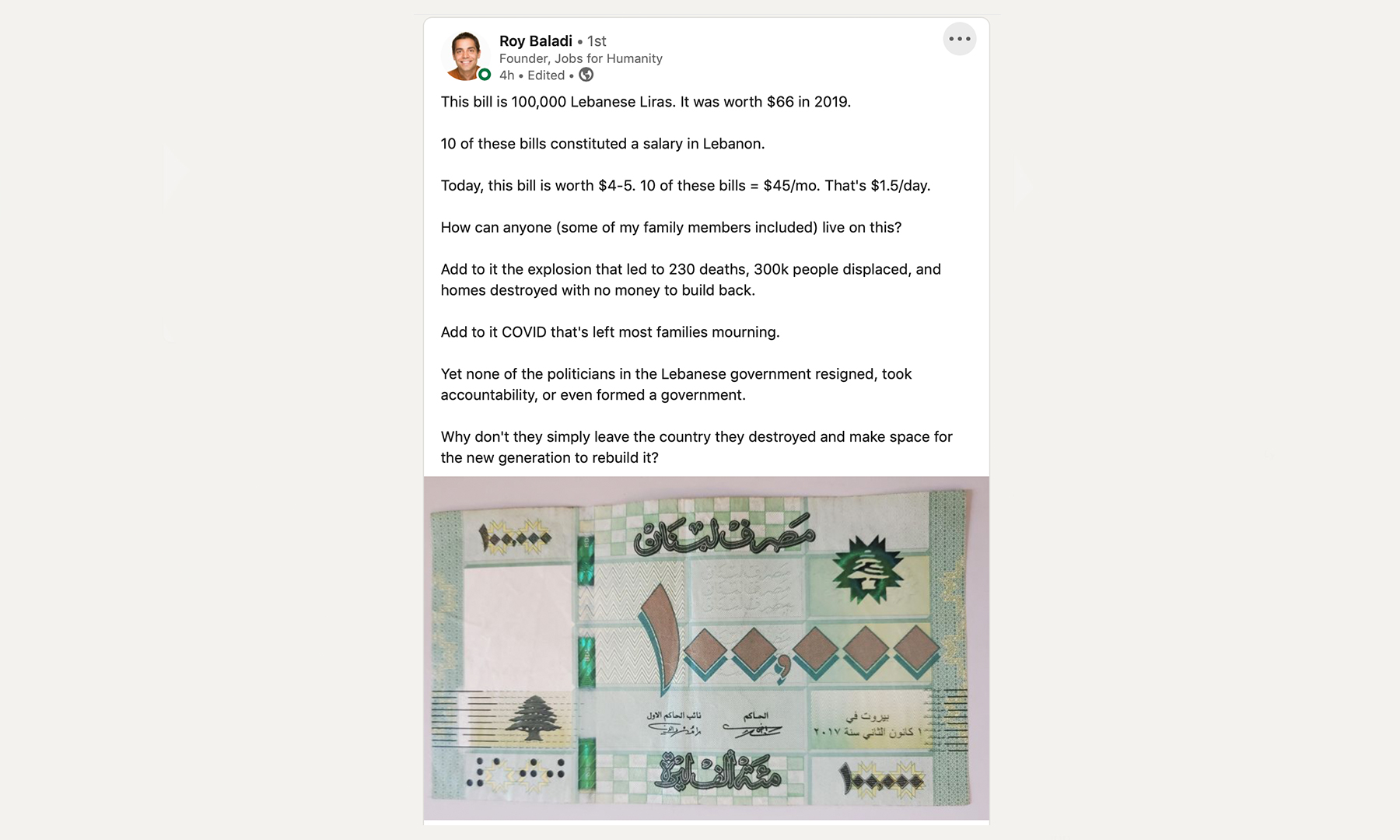 “The inadequacy is less due to knowledge gaps and quality advice and more the result of a lack of political consensus over effective policy initiatives.”

The report cites ‘continuous policy inaction’ and the ‘absence of a fully functioning executive authority’ as the primary threats for a socio-economic situation that has only worsened. “The inadequacy is less due to knowledge gaps and quality advice and more the result of a lack of political consensus over effective policy initiatives, and political consensus in defence of a bankrupt economic system, which benefited a few for so long”, the report reads.

Steadily, the country saw one systematic failure after another happen across banking, debt and the exchange rate. Toward the end of 2020, Lebanon’s currency (LBP), recorded a triple-digit inflation rate. And is usually the case with high rates of inflation, the poor and vulnerable are disproportionality affected. “Poverty is likely to continue to worsen, engulfing more than half of the population”, the December edition of the World Bank report reads.

As the country sinks into one of the most severe global crises episodes in recent history, there is one thing providing hope to Lebanon. Or better yet, one organisation: Jobs for Lebanon. Keen to make a difference in his native country, Roy Baladi was one of 10 driven Lebanese who began building an online employment search site. Powered by the expertise and platform-building abilities of SmartRecruiters, it quickly amassed thousands of visitors and applicants. 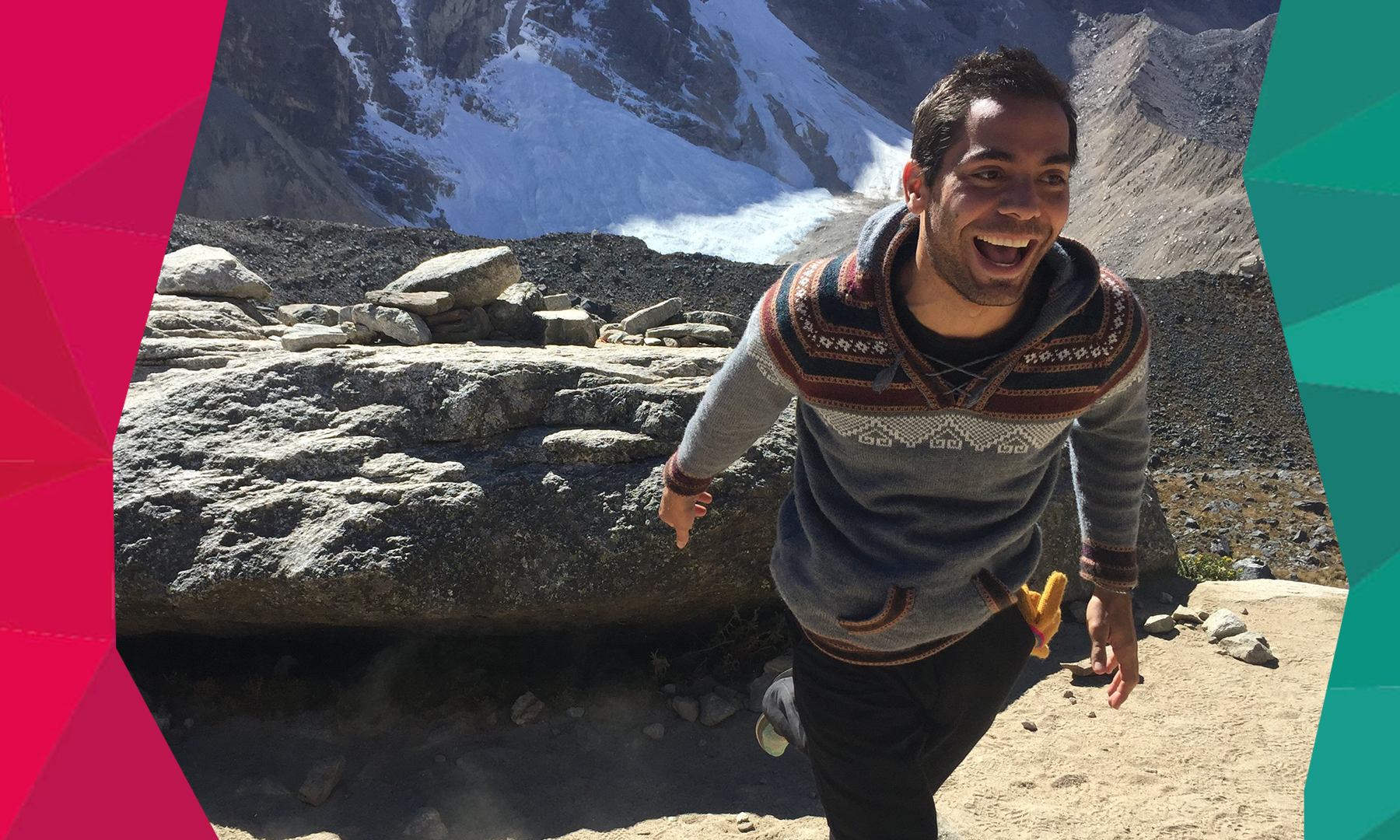 Read more about the man who went from Wall Street to Lebanon in our exclusive interview with Jobs for Lebanon co-founder Roy Baladi.

‘Lebanon: an outsourcing hub for the world’

The role Jobs for Lebanon currently plays in the rebuilding of Beirut — both physically and economically — is insurmountable. But Jobs for Lebanon is far from done. “In 2021, we aim to secure employment for an increased number of people and small businesses”, Baladi says. “Beyond that, we’re expanding our footprint to make Lebanon an outsourcing hub for the world. And upskill and mentor Lebanese to prepare for the global job market.”

Visit Jobs for Lebanon to post your jobs and hire from a deep pool of talented individuals. If you can offer financial, support, consider making a donation on the page. And if you are Lebanese looking for work, you are supported with thousands of jobs on the site.

Why the role of the manager has changed forever: ‘Focus must be...

How Jobs for Lebanon serves as a beacon of hope for a nation in e...