Money is flowing in all things HR tech. In just 10 days in October, the three largest individual venture rounds were announced for human resources technology powerhouses Deel, Personio and Rippling. 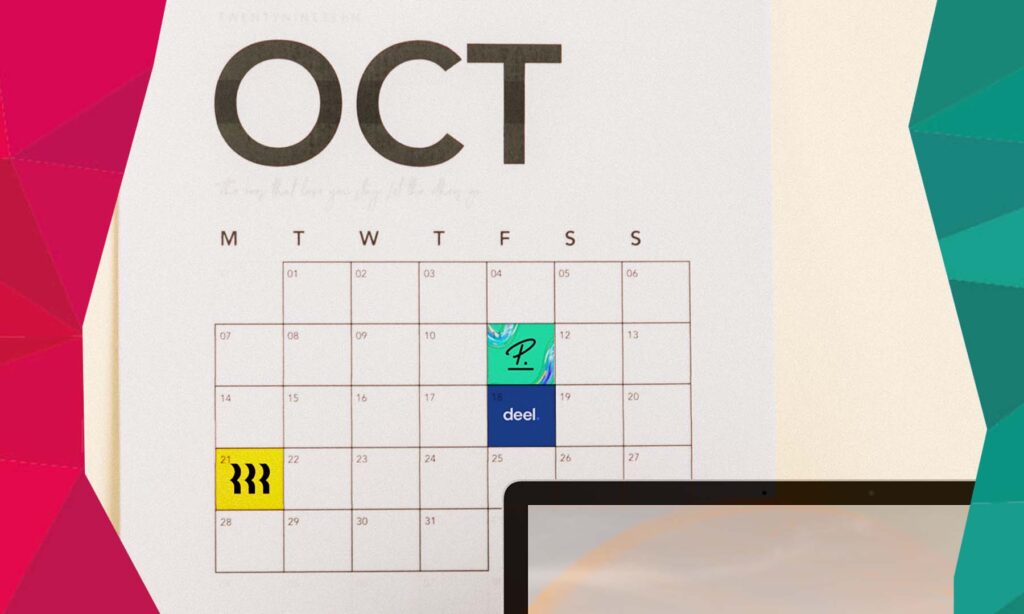 Organisations have clearly now put an emphasis on optimising the world of their current workforce. According to Pitchbook data, HR tech is scorching hot. To give you an idea: in 2012, HR tech companies were on the receiving end of roughly $0.6 billion of venture capital. In 2021, that number is expected to surpass $10 billion.

While much of 2021 proved to be historic for both the amount of money raised for those active in the world of human resources technology, October proved to be even bigger than the prior months. Within the space of just 10 days, ranging from October 11th until October 21st, HR tech raised close to $1 billion across three separate venture rounds.

’All-in-one’ HR software provider Personio kickstarted the surge, announcing a $270m Series E round. The Munich-based company technically only became a unicorn at the beginning of the year, but has now reportedly surged to a $6.4 billion valuation after its Series E round. “While I consider this funding a major milestone, we are still at the very beginning of our journey”, said Hanno Renner, Personio’s Co-founder and CEO.

“Now we want to help HR teams go beyond HR”, he continued. “This investment highlights the continued fast growth of the business and the immense market potential, but also the belief in our vision for the future of HR tech.”

Remote hiring company Deel became a unicorn on the back of a Series C round in April. Its global payroll solution for employees and contractors serves over 4,500 companies worldwide. With its Series D round, raising a stunning $425M, that number is expected to grow by, well, a lot. “Just in the past year, we’ve helped numerous businesses hire in countries all over and made managing employee expenses seamless and straightforward”, said Alex Bouaziz, Deel’s Co-founder and CEO.

“We founded Deel because we didn’t want hiring or payments to prevent businesses from building the best global teams.”

“The way people work is fundamentally changing — and it’s never going back”, he continued. “We founded Deel because we didn’t want hiring or payments to prevent businesses from building the best global teams and finding the best global talent. We’re going to keep challenging the norms of how companies operate and continue building tools that shape the future of work.”

Employee management platform Rippling was founded by successful Silicon Valley entrepreneur Parker Conrad. Rippling prides itself on bringing ‘all employee operations’ into one place. With its Series B round in August, 2020, the company officially became a unicorn. Similarly to Personio’s incredible growth, the company is now valued at $6.5 billion merely a year later.

“Rippling’s core thesis is that employee data is critical to a surprisingly large number of business systems, including the ones well outside of HR.”

That valuation is based on its $250M Series C round. “Fundraising is of course a means to an end, but it’s also a gratifying signal that we’re on the right track”, Conrad wrote. “ Rippling’s core thesis is that employee data is critical to a surprisingly large number of business systems, including the ones well outside of HR. Maintaining the fidelity of the same employee data across all these disconnected systems — effectively, across multiple separate databases — is the reason it’s a lot of work for companies to have many different business systems in the first place.”