HomeNewsNewsWith the low-point now seemingly over, job markets looking to bounce back

With the low-point now seemingly over, job markets looking to bounce back

We’re gradually seeing some reasons to be positive about job markets worldwide. The low-point in the total number of vacancies seems to be well and truly in the rearview mirror, new data from Jobfeed shows. 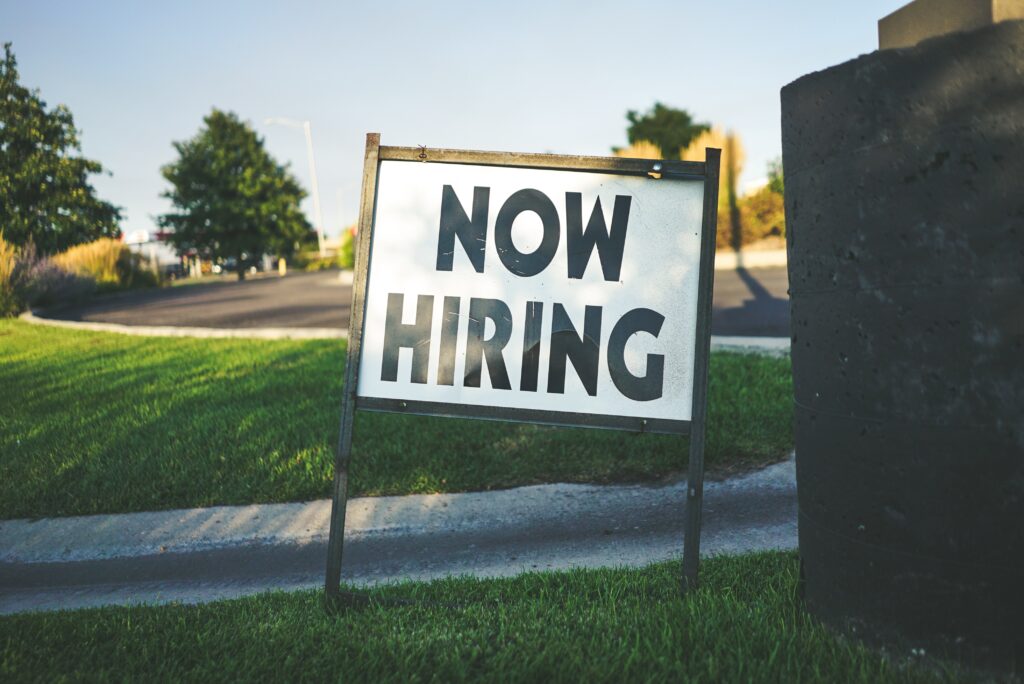 Everywhere we look, we are still some part away from where the job market was at the beginning of the year. But based on the data from Textkernel and Jobfeed, all things are slowly beginning to point up again. Whereas the statistics from the week of May 4th showed a stagnation, many job markets are slowly approaching the 70% mark, compared to the full 100% in January. 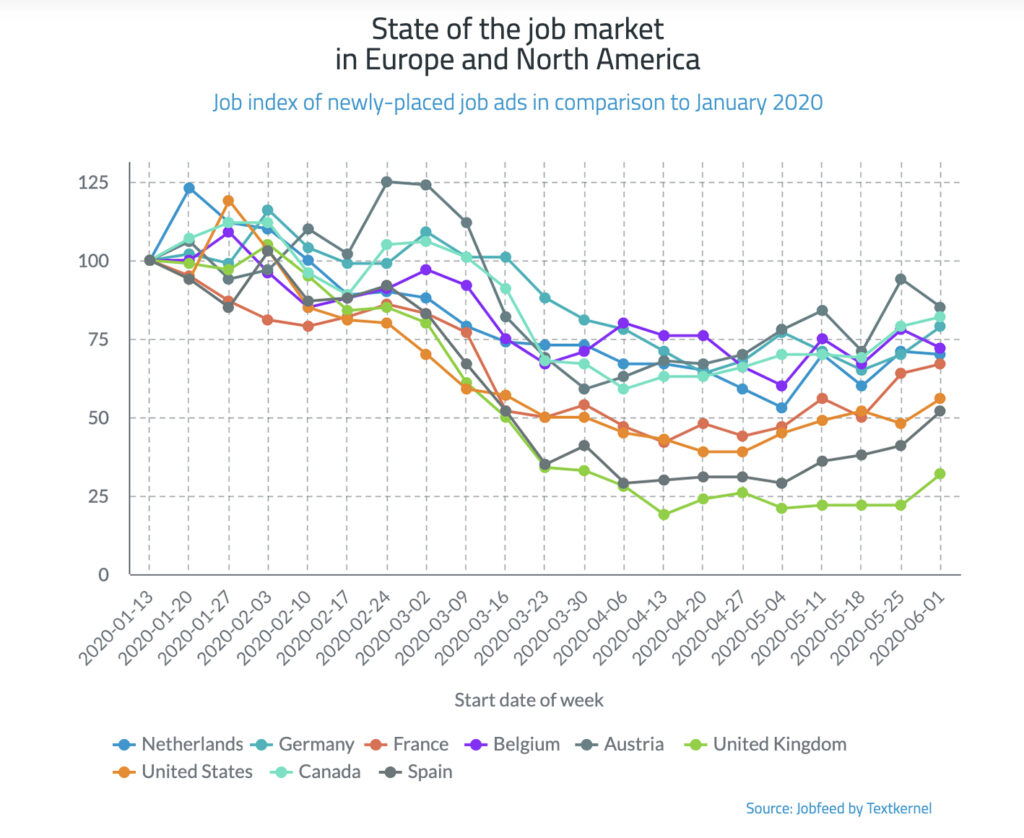 Toward the end of May, Austria became the very first job market to nearly return to ‘regular’ January levels.

For over a few weeks, Austria’s numbers have shown the most promise. It reached a low-point of 59% toward the end of March, but has gradually been increasing ever since. Toward the end of May, it became the very first job market to nearly return to ‘regular’ January levels, with 94%. Even though it returned back to 85% in the past week, according to Textkernel.

Overall we’re seeing some of the highest increases in some particular countries to occur since the COVID-19 pandemic slashed jobs everywhere. In the past month, the aforementioned Austria’s job market continued to grow (+26%), as well as France (+26%) and Spain (+23%). The United Kingdom seems to be the only country well and truly behind the others. Despite a 10% increase over the past week, its job index is still at a staggeringly low 32%.

Overall we’re seeing some of the highest increases to occur since the COVID-19 pandemic.

Trumped by their neighbours

Meanwhile, U.S. president Donald Trump waxed lyrical about his country’s vacancy surge, but with a 56% stake, there is still much left to be desired. In comparison, Canada has registered a remarkable rise in the total amount of new vacancies, ranking only second behind Austria with 82%. The United States have thus far not reached what was the low-point for Canada in the beginning of April (59%). 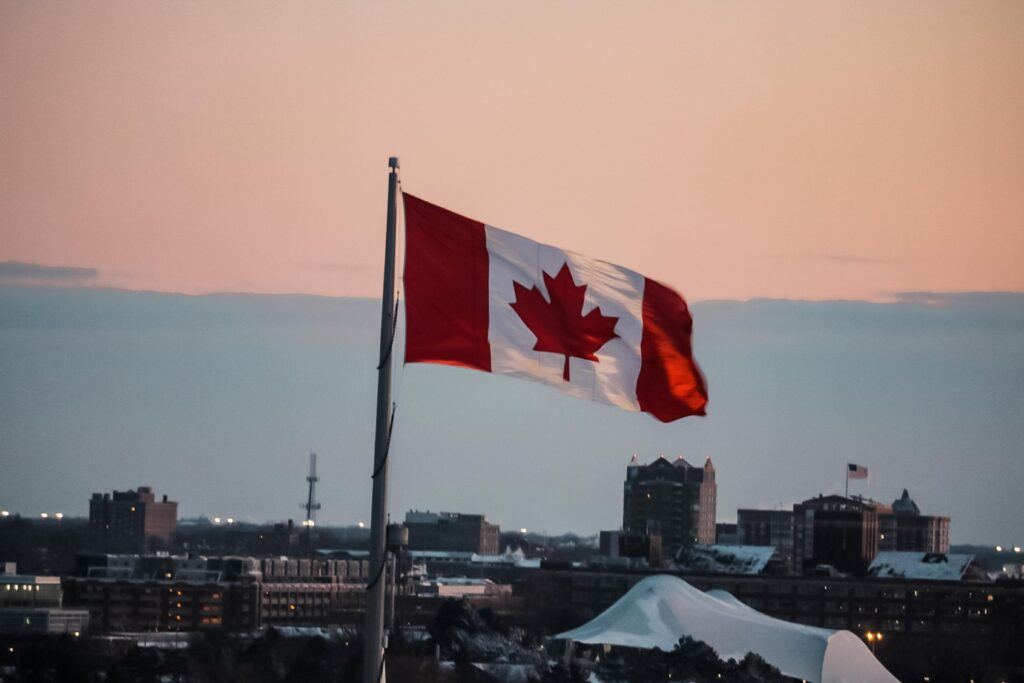 Canada has registered a remarkable rise in the total amount of new vacancies, ranking only second behind Austria.

Stay up-to-date with the latest European and North American job index news. Every week, you will read a short analysis about the latest job market figures on ToTalent.eu.