‘Internal hiring’ is undoubtedly one of the least sexy terms in recruitment — but a new report by SmartRecruiters illustrates how it can not only be a foundational part of TA strategies, but also a foundational component of a company culture. 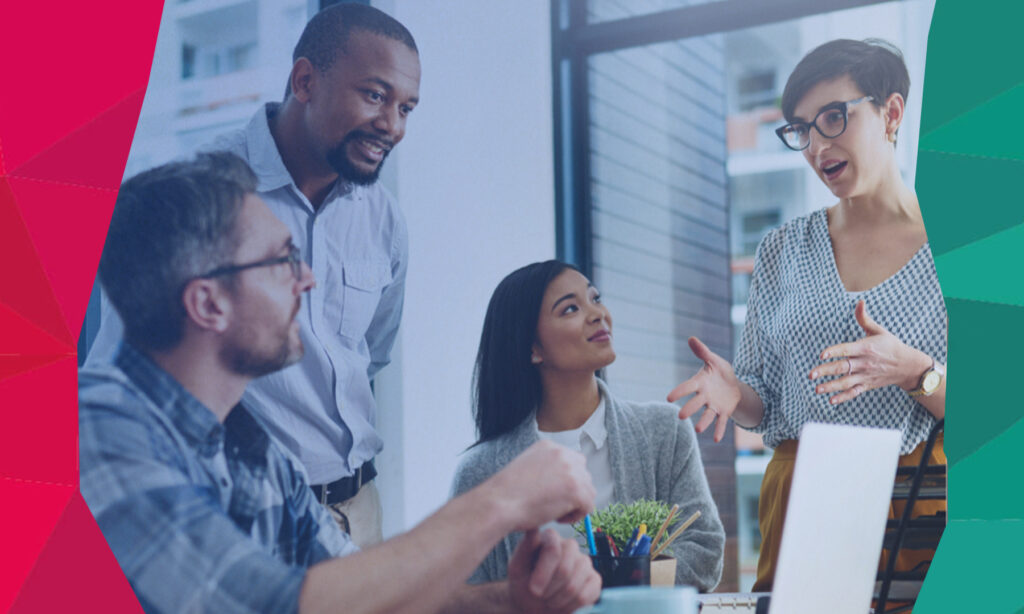 Suffice to say, the recruiting industry has seen its fair share of changes over the past few years. From faxed resumes to automated screening. From recruiting solely locally to a more international, remote-driven approach. While much has changed, SmartRecruiters’ 2021 edition of The State of Internal Recruiting neatly illustrates that one area of recruiting quite simply hasn’t. What it says on the tin: internal recruiting.

‘The status quo is shifting’

The talent conundrum has caused organisations to scramble. Simply put: from the outside looking in, it’s become increasingly difficult to attract suitable talent. “Even though attracting and retaining has continuously ranked as the top challenge inhibiting future growth among surveys of C-suite executives and senior leaders”, as SmartRecruiters put it — “it seems that the status quo, with regards to more internal mobility, is finally shifting.”

While 76% of new hires for exempt roles stay for at least one year, the number sees a steep drop in the two years after, the report states. “A steep, drop off in retention (and engagement) generally occurs between the employee’s first and third anniversary, when only 45% stay. This is a small data point, but one that should make it obvious exactly when recruiters and hiring leaders need to actively intervene – or at least, minimise unwanted churn while increasing employee retention.”

According to their data, simply giving an employee a slightly different role or a different set of responsibilities can increase the likelihood of retaining a top performer by approximately 20% over a three-year-period.

Internal mobility can do a number of things, but the common denominator is a pretty basic simple: it can help organisations keep ahold of their top performers, SmartRecruiters say. According to their data, simply giving an employee a slightly different role or a different set of responsibilities can increase the likelihood of retaining a top performer by approximately 20% over a three-year-period. “This is as close to a no-brainer as exists in talent acquisition today”, the company says.

In an attempt to solve the problem, SmartRecruiters asked a simple question in its survey: who is responsible for internal recruiting? The results were, well, quite surprising. According to their research, 52% reported that talent acquisition had the primary responsibility — compared to just 10% for hiring managers or 8% for HR business partners, who have historically overseen talent mobility initiatives.

Source: The State of Internal Recruiting 2021

SmartRecruiters uncovered the primary triggers behind internal recruiting and found one major shortcoming in the widespread usage of internal hiring: it’s only used when necessary.

Moreover, SmartRecruiters uncovered the primary triggers behind internal recruiting and found one major shortcoming in the widespread usage of internal hiring: it’s only used when necessary. When just 6% of all internal recruitment occurs based on performance/OD, that can be considered a problem. “They are defined exclusively by whatever jobs the company happens to have open at the time, and rather than work with high potential or high performing employees to look at future careers over the long term, internal recruiting is almost exclusively aligned with short-term hiring needs”, the report says.

‘It’s made harder than it has to be’

All in all, SmartRecruiters is able to come to a simple conclusion: internal hiring is way harder than it should be. Only about half of their respondents (49%) say that it is easier for employees to get jobs than external candidates, while 38% admitted that they don’t actively market open job opportunities to current employees, while only 28% did so selectively, depending on the hiring manager or role.

Moreover, internal candidates have to do more work to apply for a job than external candidates. In its survey, SmartRecruiters found that 75% of respondents were required to be a good-standing employee who’s been in their position for at least a year; while 58% of companies have formal policies in place wherein an employee has to obtain written permission from their manager as a supplement to the standard company application.

“They’re making it harder for employees to be contacted for, or even considered, for internal opportunities.”

As a result, companies run the risk of — perhaps subconsciously — losing successful, well-established employees. “They’re making it harder for employees to be contacted for, or even considered, for internal opportunities”, the report states. “Which not only prohibits many employees from even applying for internal jobs but in many cases, likely pushes them out of the company, too.”

Spending more time on internal hiring very much feels like a low-risk, high-reward type of deal — and the solution lies in small details, the report states. “It could be something as small as providing a dedicated employee jobs portal, sending employees periodic internal job alerts, or even perfunctorily posting available positions on internal channels like Slack or SharePoint could make a big difference.”

“If you can effectively build the processes, procedures, and people required to not only make internal recruiting a foundational part of your talent acquisition strategy, but a foundational component of your company culture.”

Even in an internal hiring dystopia, the outcome of spending more time and resources on internal hiring are a no-brainer. “Worst case, these strategies are likely to outperform any external job board anywhere in the world”, it says. “If you can effectively build the processes, procedures, and people required to not only make internal recruiting a foundational part of your talent acquisition strategy, but also, a foundational component of your company culture, then you’ll do more than just boost recruiting and retention outcomes. You’ll create the kind of workplace people want to work at.”