HomeNewsRecruitmentMeet the best recruiter (and football coach) of all time

If you have Googled ‘recruitment’, there’s a good chance you have come across some stuff you didn’t fully understand. You see — recruitment is often associated with American Football. Every year, U.S. universities scramble to attain the best possible athletes to join their collegiate programs and win championships. Within this world, one man has seemingly perfected every aspect of his recruitment strategy. Meet Nick Saban, the best recruiter and football coach of all time. 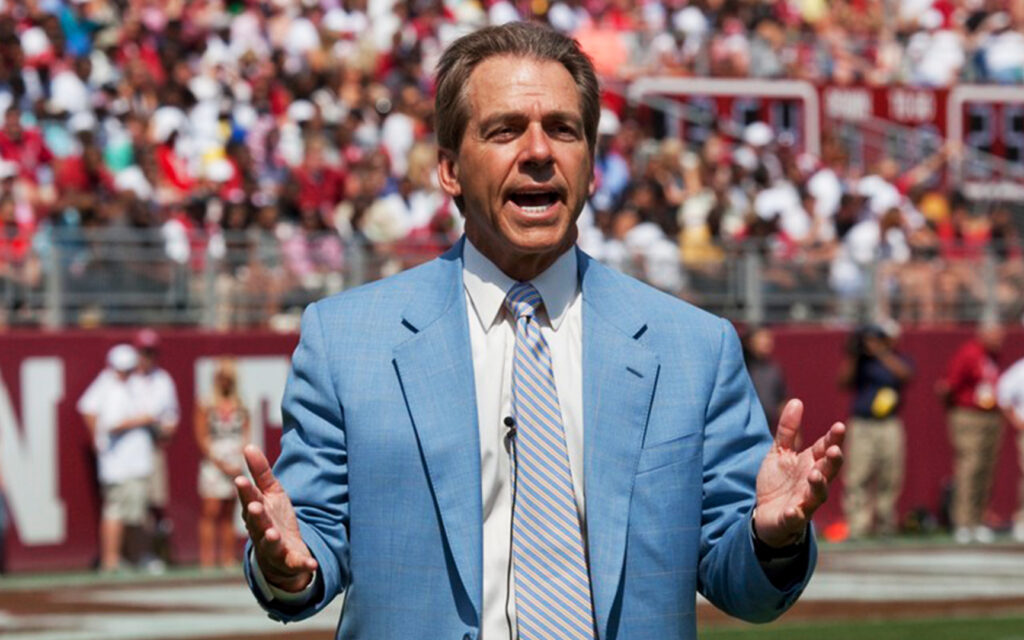 For Europeans, it may be difficult to understand the ins and outs of a sport like American Football. Yeah, it looks like rugby… but they’re wearing helmets. A game takes roughly three hours. And they run around a lot of a short period of time. They tackle hard. And there are a lot of commercial breaks. Even for casual sport lovers, a full game of football seems hard to understand when they first watch it.

They can’t just pay a player to come to their school (that’s against the rules), so what is left is essentially a pure form of recruitment.

But before players can turn professional (and play in the NFL: National Football League), they first go through the motions of being a collegiate athlete. Every year universities spend a preposterous amount of time and money scouting and recruiting the country’s best high-school talents. They can’t just pay a player to come to their school (that’s against the rules), so what is left is essentially a pure form of recruitment.

Imagine you’re an organisation like Apple, Philips — or Samsung, and you want to attract the best possible talent to your organisation… but you can’t pay them.

Now think about that for a second. Imagine you’re an organisation like Apple, Philips — or Samsung, and you want to attract the best possible talent to your organisation. But you can’t pay them. You can’t spend any real type of money on them. You can’t take them out to dinner to a fancy Argentinian steakhouse. You can’t give them a goodie bag, full of your company’s best products. So what will your approach be?

Nick Saban became the head coach of the University of Alabama in 2007, having worked in football since the age of 22. At the time, despite its rich history, the Alabama program wasn’t too much to write home about. For a long period in the nineties and the early 2000s, they weren’t attracting any big players off the field, nor were they really competitive on the field.

Standing at 1m 68, he will never pose a physical threat, but Saban is perhaps the biggest game changer you’ve never heard of.

That all changed when Nick Saban arrived. If you take one glance at Saban, you won’t help but underestimate him — and that’s not just because of his length. Standing at 1m 68, he will never pose a physical threat, but Saban is perhaps the biggest game changer you’ve never heard of. Since Saban’s arrival in ’07, Alabama has gone on to be what many believe is the largest college football dynasty of all time. Winning an abundance of titles — and amassing the best recruitment class of the year, well, nearly every year.

So how did he do it?

Saban is 68 years old. He isn’t too tech-savvy, nor does he text. So how is he able to consistently recruit the country’s most sought after 17 and 18 year olds? What are his secrets? Best-selling author Lars Anderson posed the very same question to Saban himself. “There are no secrets,” Saban said. “It’s about one thing, man, one thing: hard work.” 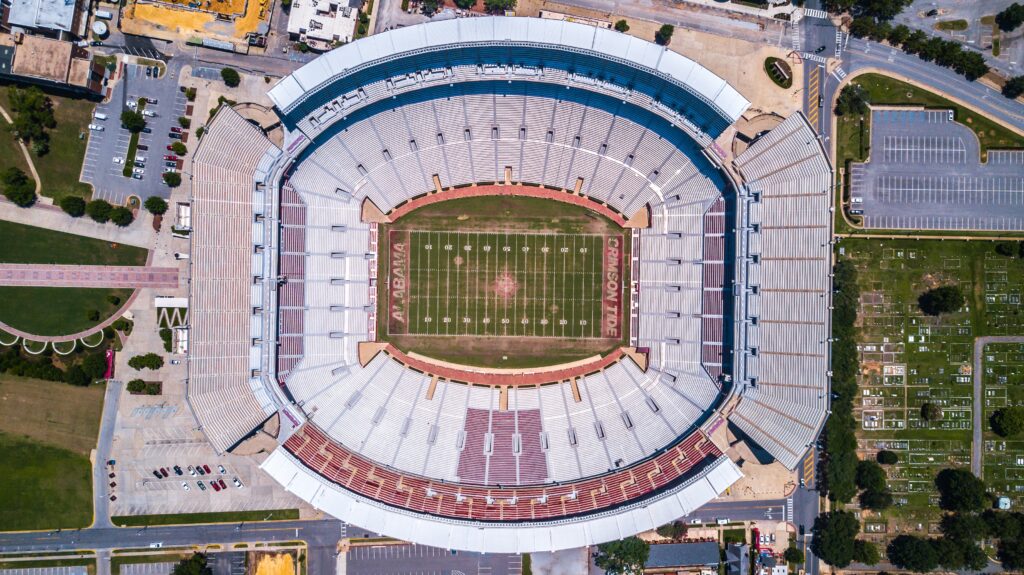 Before Saban goes as far as inviting a prospect to his own house, he makes it his personal mission to know everything about them.

Hard work, indeed. Before Saban goes as far as inviting a prospect to his own house, he makes it his personal mission to know everything about them. Methodologically, he goes through the the player’s family background, and character. “How does he react to adversity? Is he dependable? Can he digest and understand complex concepts? Is he a good teammate, or a team leader?” In short: he wants to know absolutely everything about a player.

Saban’s methods may have been extremely successful in a football environment, but you’re not working as the head coach for the University of Alabama — or any university for that matter. You’re simply looking to hire the best possible personnel for your company. When delving into Saban’s strategy, they are built up out of a couple key components that are applicable to any recruiting situation.

As tough as Saban may come across, he builds his recruitment strategy on one main, essential component: he shows he cares. Despite his limited time, and with thousands of prospects to go through, he always shows he cares about the person.

Anderson recalls a time where Saban once flew all the way to a small town in Tennessee (three or so hours away), just to watch a player practice. He didn’t even talk to the player — he just stood there, and watched, before giving him a call later that day. “He must really care, and he must really, really want me”, the player thought.

Showing you care, will do your chances of landing the talent you want, a world of good.

Though no one is asking any recruiter to spend 6+ hours just on travelling to watch someone do his or her work — any type of showing you care, will do your chances of landing the talent you want, a world of good.

Athletic abilities naturally play a very important role in a physical game like football. But strangely — that isn’t what Saban is most interested in, when on the recruiting trail. One of his assistants, Jim McElwain, was quoted: “We didn’t even want to know about a guy’s physical ability until we had gone more than a few layers deep into his life to find all the answers about him.” 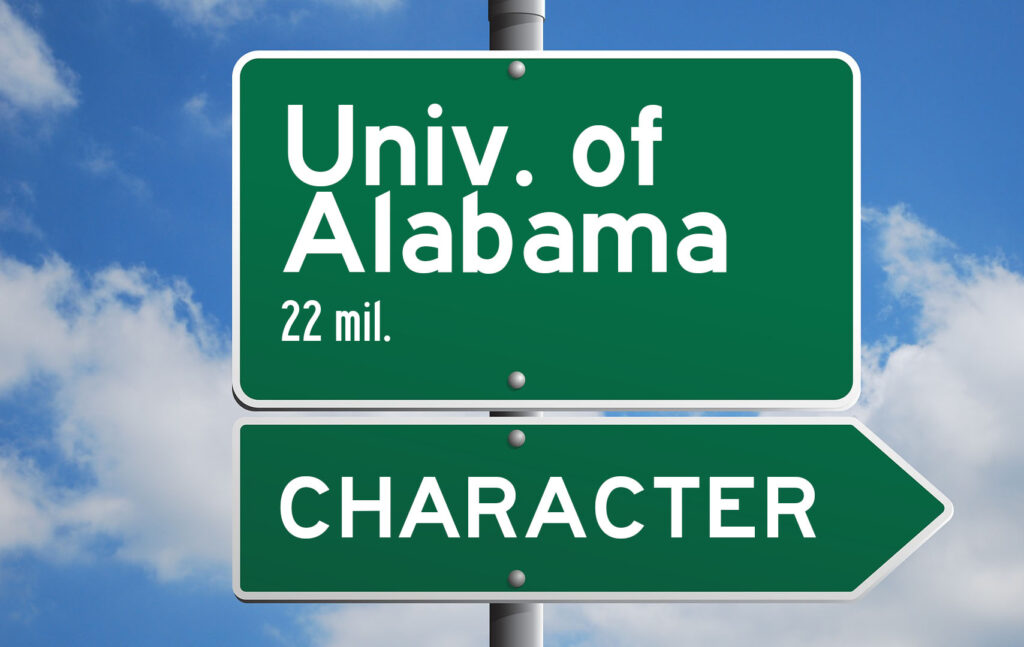 There is a lesson and a question in there for recruiters of all variety: who are you hiring?

Whereas Saban’s strategy revolves around knowing every detail about a player — and that may not be necessary or allowed in most cases — there is a lesson and a question in there for recruiters of all variety: who are you hiring? A person may have a degree from some place, or some valid work experience, but who is really sitting opposite of you? What makes them anxious? What really drives them?

3. Be blunt and work hard

Saban’s pitches usually end the same way: “We’ve got a plan in place here. We’re going to win, with or without you.” It’s the type of honestly and bluntness that has made him so successful at recruiting the talent he wants. He doesn’t tell his recruits what they want to hear, he simply offers his blunt opinion.

According to Anderson, another one of Saban’s favourite sayings is: “Right is never wrong. This means, in Saban’s world, the right thing must always be vigorously pursued. When it comes to recruiting, “right is never wrong” means pouring as much energy as possible – both physical and intellectual – into getting the best players on his team.”

And that’s the Nick Saban way.