In Steve Jobs-type fashion, Kelvin J. Ross launched KJR from a garage on the Gold Coast of Australia in 1997. 20+ years later, they have seemingly mastered one of the most important aspects of recruiting: the candidate experience. Awarded the 2019 CandE award for their ludicrously high candidate ratings, how did they do it? 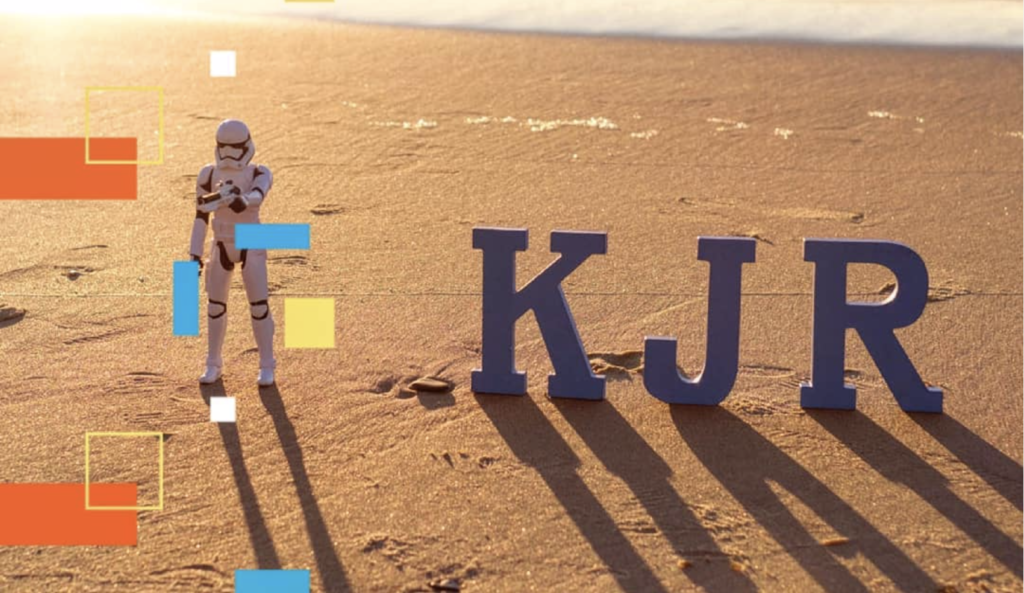 Each year, CandE awards are awarded to companies with the highest positive candidate rating in every region of the world. The awards, initiated by Talent Board, aren’t ‘just awards’. Companies that are looking to improve on their candidate experience, can register with Talent Board’s benchmark research program. “The benchmark research program helps you identify the strengths and weaknesses in your recruiting process and to better understand your candidate experience perception gaps and the impact on your business”, the company states.

Founded in 1997, KJR is a technology consultancy that partners with clients to advise and help them with IT projects. Initially starting as K.J. Ross and Associates, the company specialised in advising (and saving) companies from all of their computer-related issues. In the Y2K heydays, Ross (and associates) seemed to be one step ahead with regards to computer-related tech.

KJR has developed into one of Australia’s ‘coolest companies to work for’.

Now, 23 years later, with offices in every major Australian city, KJR has developed into one of Australia’s ‘coolest companies to work for’. No, seriously. They were named in the official ‘Top 100 Coolest Companies in Australia’ in 2016, 2017 and 2018. There’s no list to be found of a 2019 or 2020 list, but if there were… KJR would probably be on there.

So how did they do it?

In 2016, KJR still relied on sourcing talent through job boards, heavily relying on Excel spreadsheets. “We knew we wanted to overhaul the entire proces, but we didn’t have a set benchmark for what we wanted to achieve”, Rebekah Di Blasi, former Head of Talent & Culture at KJR says. “The whole process was pretty manual and inefficient, with little candidate satisfaction at the end of it.”

The company saw some amazing results: 78% less time spent on recruitment, a 37% talent community growth and a 14 day reduction in the company’s time-to-hire.

“In a really competitive tech talent market, it was crucial to create a sense of positivity among candidates”, Di Blasi adds. “So we partnered with LiveHire, and started using their talent community platform, which allowed us to communicate much more easily with candidates.” Straight away the company saw what Di Blasi describes as ‘amazing results’. 78% less time spent on recruitment, a 37% talent community growth and a 14 day reduction in the company’s time-to-hire.

But they didn’t stop there. KJR deemed it essential that candidates had the best possible experience. Rather than simply viewing them as ‘a candidate for a job’, the company was well aware of the fact that in the B2B environment they were in. Candidates could either end up working for them, or they could be clients in the future. “We wanted to make sure that the experience they had with us was positive. If they were asked by their colleagues, then they would share that with them.”

KJR received scores in four key data points that Talent Board analysed for the CandE award: the overall score, whether candidates would apply again, a referral score and a ‘change in relationship’ score. “It was pretty dramatic how well KJR scored”, Talent Board’s Kevin Grossman said. “Just from the average scores, KJR’s scores were exciting to see. When comparing it to other applicants, or even fellow winners, the scores are just dramatic. They’ve got a great foundation in place where the hiring managers are seemingly aligned with the recruiting goals.”

With a clear candidate experience goal, the company set out to create the best possible application process. “Knowing what the candidate is looking for, allowed us to have a very tailored conversation with them”, Sheemal Visun, Talent Partner at KJR says. “As a result, we were able to really partner up with candidates on their journey so they’re not just applying for a role. It became more a matter of who they are, what they want and if they fit now, or in the future — and how we can support them outside of the current vacancies.”

“The point is to build a human connection which goes beyond being an applicant for a vacancy.”

“The point is to build a human connection which goes beyond being an applicant for a vacancy”, Visun continues. “So that when the opportunity does come up, we already have built up that trust and brand loyalty with them.” Emphasising a sense of mutual trust, most candidates were enthused enough to help KJR optimise their candidate experience by filling out surveys. “The majority of the candidates were happy to be contacted and keen to provide feedback.”