With staffs furloughed in many ‘non-essential’ businesses, US-based CVS Health suddenly faced an unprecedented reality. In desperate need of more personnel, the pharmacy set one of the loftiest hiring goals in recent times. To be able to keep up with the extraordinarily high demand, they would have to find 50.000 new employees. 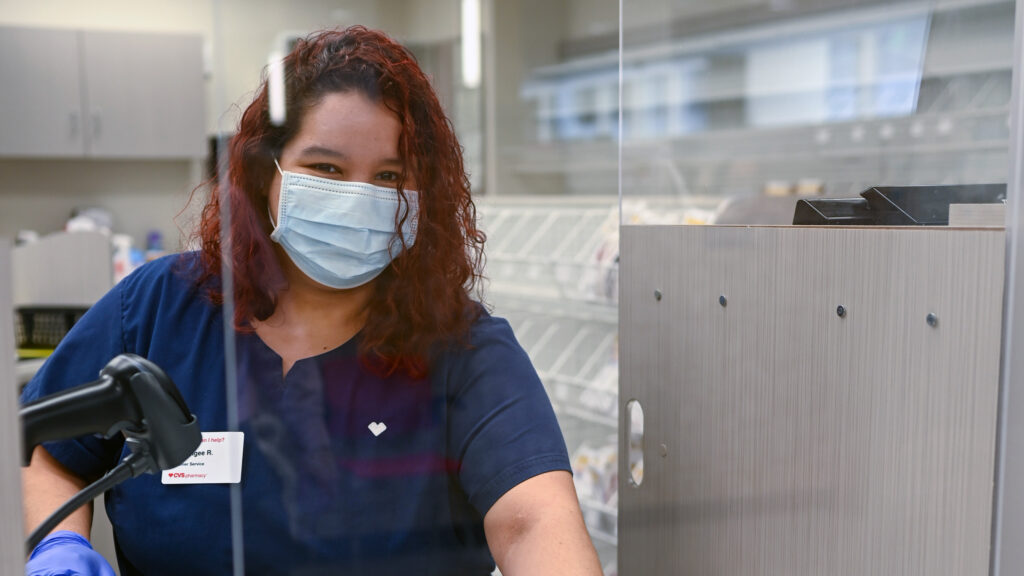 The company faced a multitude of challenges. Interviews no longer could take place in real life, and the hires had to be done quickly. In a recent interview with HR Dive, Jeffrey Lackey, VP of talent acquisition at CVS Health, described it as ‘getting support to the front lines quickly’. For CVS, it seemed more like a war-operation than a true recruitment effort. With an employee total of roughly 200.000, the company quickly realised they would need far more personnel to be able cope with the pandemic backlash.

To be able to meet its goals, the company created a virtual talent acquisition process.

So they moved quickly. To be able to meet its goals, the company created a virtual talent acquisition process. Working together with hundreds of companies, CVS realised they would be able to find the right personnel within the very companies they worked with. CVS recruiters worked around the clock to fully set-up an ‘accelerated hiring initiative’. They would start hiring furloughed employees from their corporate business partners.

With some states completely shut down, the tourism industry suffered the first hit. Hotel and hospitality workers were furloughed before they could Google the meaning of the word, which resulted in an enormous unemployment pool. With jobs in many sectors having suddenly vanished, CVS was ready to pounce. The company built up a list of more than 60 partner organisations, including hotel giants Hilton and Marriott, from which it could hire.

Hotel and hospitality workers were furloughed before they could Google the meaning of the word.

They then quickly worked on getting co-branded landing pages online. Because the furloughed staff felt familiar with the original employer, it increased their level of comfort with CVS as a potential employer. “I know what those other TA leaders were going through”, Lackey told HR Dive. “But at the same time, I knew I had an opportunity to help them with 50.000 jobs and I wanted to create a connection between us and them.”

To be able to execute perhaps one of the loftiest hiring goals ever, the company had to go completely virtual. Unable to meet face-to-face, CVS actually saw an opportunity. Organising (more) virtual career fairs, virtual interviews and virtual job tryouts, which consisted of part-assessment and part-interview. Lackey described the tryouts as very ‘role-specific’, in which the candidate is validated against a specific role. Using this method, it allowed the company to quickly predict an employee’s success in a certain role.

Since the launch of the initiative, the company has received a staggering 1.3+ million applicants.

Since the launch of the initiative, the company has received a staggering 1.3+ million applicants. More than 60.000 are now either hired, or in the process of being hired. For years, the company had been using technology to optimise their candidate experience. The company had already been sourcing through virtual fairs and interviews, while also using an advanced ATS system. Without knowing what was about to hit them, CVS had everything in place to cope with one of the biggest hiring and acquisition challenges the company would likely ever have to face.