HomeNewsRecruitmentHow candidates applied for a job in an empty parking lot

COVID-19 has put a serious dent in hiring and recruitment efforts everywhere. To combat the lack of job interviews, Staff Management | SMX opted for a slightly different approach. On an empty parking lot in Pennsylvania, car drivers assembled not for a rendition of Grease or Beverly Hills Cop… but for their drive-in job interview. 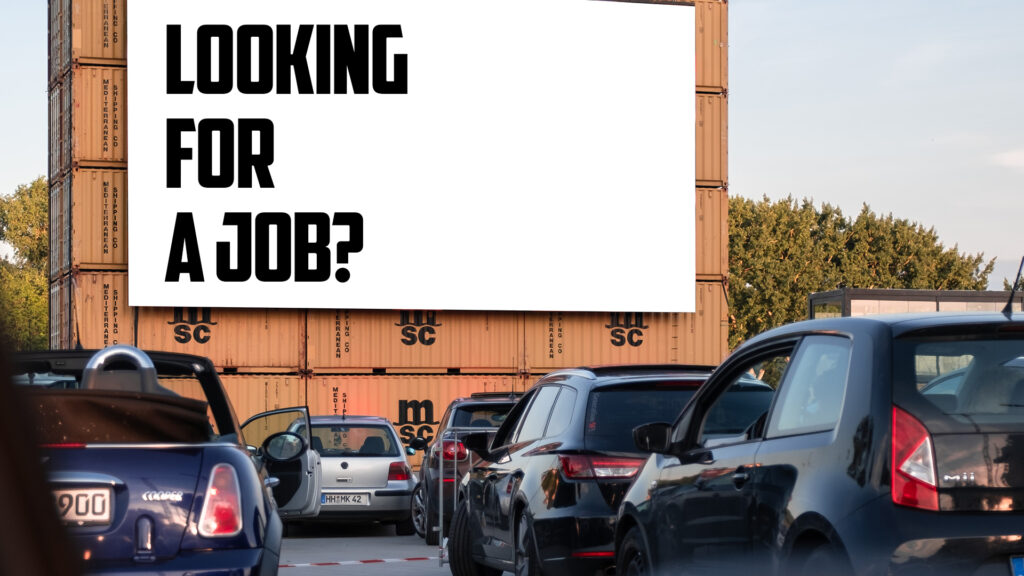 The United States is currently battling with a pandemic, rising unemployment rates and often times its very own president. The latter issue won’t be able to be solved until november, the former will likely also take a while — but there is something to be said about the middle issue. While the unemployment rates had gradually declined over the past few months, since the extreme high-points of nearly 7 million in April, the last few weeks saw an uptick.

The coronacrisis has vastly changed the hiring process, and since not everyone is comfortable conducting interviews through Skype or ZOOM.

While U.S. congress is still debating whether to extend the $600 weekly enhancement, which was passed by lawmakers in March to cushion Americans forced to give up their jobs because of the various lockdowns — there are still companies looking for personnel. The coronacrisis has vastly changed the hiring process, and since not everyone is comfortable conducting interviews through Skype or Zoom, Staff Management | SMX came up with a different solution for manufacturing business in need of new personnel.

The process was quite straightforward. Before job applicants made their way to the Pennsylvania-based parking-lot, they submitted the necessary basic information ahead of time. Then, when the day arrived, they’d drive up to one of the designated spots reserved for both their car and their working hopes. The interview itself would last roughly 30 minutes from start to finish.

“We’re not inviting mass groups of folks into the building to actually interview inside the facility, we’re keeping that outside”, Staff Management | SMX director of operations Erin DeWeese told Indiana Public Media. “So that also helps protect the current employees that we already have.” A win-win.

While ZOOM is now in everyone’s tech dictionary, some candidates quite simple didn’t have the means or the abilities to successfully go through a virtual job-interview. Staff Management | SMX’s approach solves that — even though the company had challenges of its own. “Some applicants didn’t have a car, or a drivers license”, DeWeese said.

To allow for equal opportunity for all, the company made sure to accommodate those without cars.

To allow for equal opportunity for all, the company made sure to accommodate those without cars. “If somebody gets a ride there, we made sure they would be able to sit at a table, in the shade, with a bottle of water and with all the tools they need to be able to apply.”

Attendance on the day was high. On the very first day, Staff Management | SMX hired a total of 35 new associates. “More than their average weekly numbers for previous weeks”, the company says. On the second day, 15 more were hired. Now Staff Management | SMX are looking to take their new hiring efforts to a national level, with more drive-in interviews to take place in various spots. “We look forward to building on that and hosting these events at our locations across the country”, Jerry Wimer, the company’s Senior VP and GM, concluded.