HomeNewsNewsHiring for diversity, with two lessons from Google and the film ‘The Internship’

Hiring for diversity, with two lessons from Google and the film 'The Internship'

Despite restrictions easing up in some areas in the world, COVID-19 has certainly managed to get us in front of our television sets more. With your Amazon Prime subscription, there’s just about an off-chance you came across the film The Internship. It’s never going to wow the folks at IMDB, but here’s why this 6.3 rated film can help you in your hiring process. 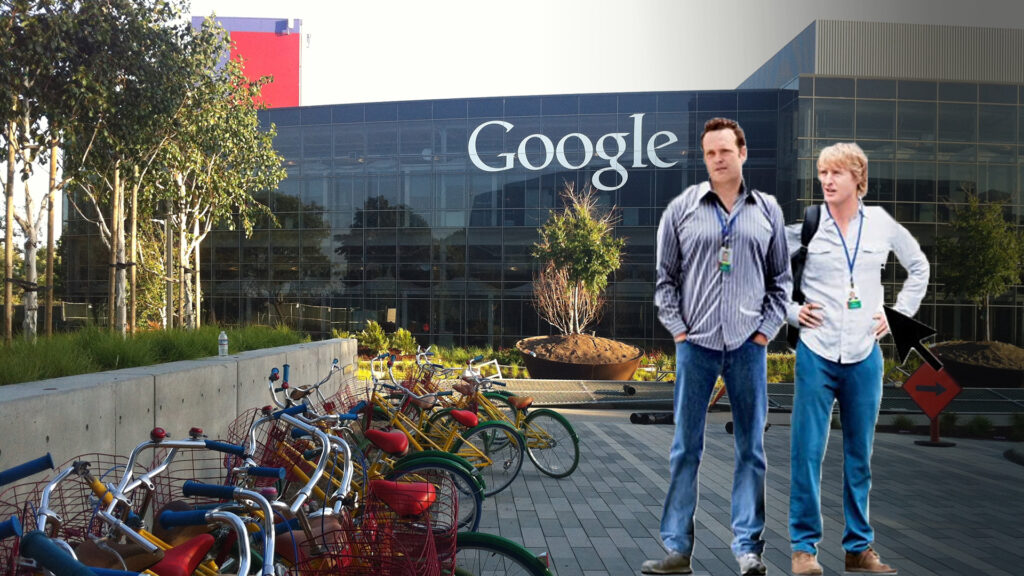 From a distance it may seem like Vince Vaughn and Owen Wilson were responsible every comedy film from the mid 2000s. A story wherein the two continuously crashed weddings became a true hit. But interestingly enough – that was the last time the two were in one film. So much was true until 2013, when the two signed up to do a film called The Internship.

The synopsis is a fairly straightforward one: two guys, well beyond 40, are fired from their respective jobs as salesmen. They are left in a true midlife crisis when Billy (played by Vince Vaughn) decides to apply both himself and Nick (Wilson) for an internship at Google. Much to Hollywood’s surprise, the tech-giant didn’t have to be named Woogle. Google loved the idea for the film so much that it allowed the filmmakers to use Google’s campus in Mountain View, California.

Google took no money for allowing the film to take place on its campus. The film was able to use 100 real Google employees as extras, provided props and consulted with the director, actors and script writers on what it’s like to be a Googler. During a two-year process, the filmmakers and the tech-giant worked together to create an authentic view of what it’d be like to work there.

The film was released in 2013 may seem like a two-hour recruitment film for Google, but it offers two truly valid lessons for both hiring managers and recruiters.

Enter Owen Wilson and Vince Vaughn. The unlikeliest of Google employees to perhaps ever exist. Well and truly in their midlife crisis. With one recently fired as a mattress salesman. And that is precisely why they are perfect candidates. The film was released in 2013 may seem like a two-hour recruitment film for Google, but it offers two truly valid lessons for both hiring managers and recruiters.

How do you go about selecting individuals, be it for internships, or a permanent job? There’s one striking scene in The Internship, where Google’s internship selection team goes through candidates one-by-one. Sure enough, Wilson’s and Vaughn’s faces come up on the monitor. “You’re kidding right?”, is the initial response of one Google ‘employee’. One by one the room is filled with similar responses. “They seem like really nice guys, but I don’t think so.”

For the film’s sake, there was one person who speaks up. It really would have been an awkward film if he hadn’t. “I though the goal here is to find people with a different way of thinking?”, he says. It is, however, swiftly brushed off. “There’s plenty people with a different way of thinking, it doesn’t mean we have to hire them.” Let’s say this isn’t a Hollywood scripted film, does the story end there for candidate X and candidate Y? As far as selection processes go, it doesn’t mean you have to end up hiring everyone who may seem like an out-of-the-box hire, but this one scene does deliver some recruitment food for thought.

Lesson #2: The virtual interview: what are you looking for?

In many ways, it seems like Google and The Internship predicted how job interviews take place. Albeit from the comfort of the child-section of a library, the two protagonists sit in front of a webcam for their initial interview. As far as odd interview tactics go, Google seems atop the list. Why are manhole covers round? How many piano turners are there in the entire world? For years, the company has asked such difficult questions, the company had to ban them.

What is hiring twenty like-minded individuals really going to do for your business?

Now when asking questions during a job interview, you may be looking for a very specific, pin-pointed answer. But is that really the answer you want to hear? Is that the answer which will really benefit the company you work for? You need to ask yourself those questions. Because ultimately, what is hiring twenty like-minded individuals really going to do for your business?

As far as The Internship goes, the two turned one of those patented confusing Google questions completely on its head. When asked what they’d do if they were two nickel-sized coins stuck in a blender, the two immediately came with a solution. As ridiculous and comedic as the scene might be, there’s a real lesson in there. Their answer may not have been stereotypical, nor did it make a lot of sense. They may not have come up with an answer you wanted to hear – but perhaps it was the type of answer you needed to hear. And that’s what hiring for diversity is all about.