HomeNewsTechFrom pipe dream to reality: what Blockchainmania can mean for the world of HR and recruiting

From pipe dream to reality: what Blockchainmania can mean for the world of HR and recruiting

They’ve now been around for a few years, but blockchain is once more making headlines. Cryptocurrencies, the tech’s best-known application, are currently gaining momentum as a widely established asset class. But could Blockchainmania also spell the end of CV’s and job boards in recruiting? 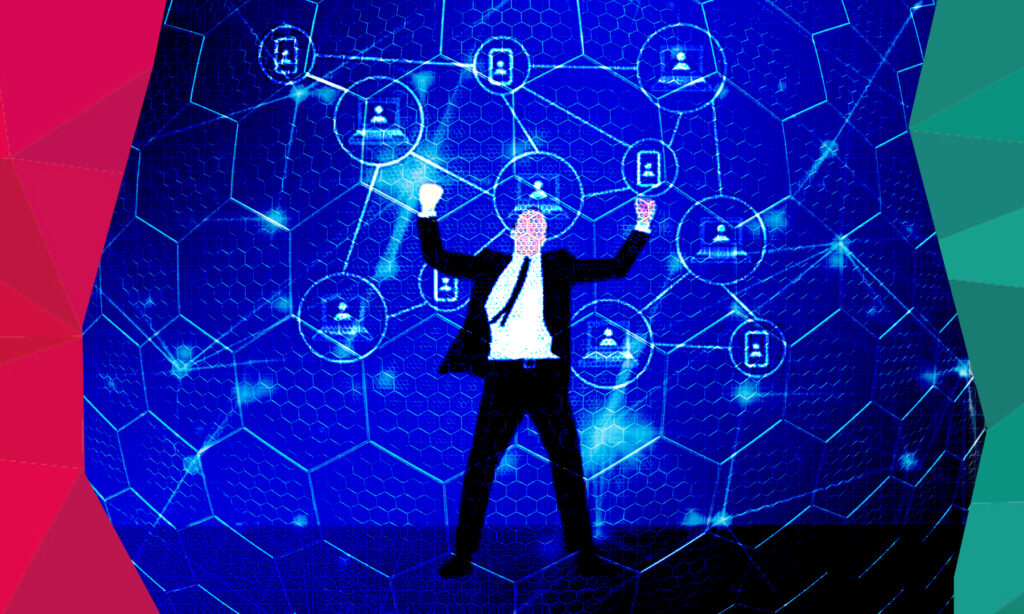 Even if you have ignored most news-sites for the past few years, there’s a good chance you will have come across the term blockchain in some way. Whether it’s a set of employees complaining about the volatility of their Hedera Hashgraph (HBAR) investments during their lunch break — or the organisational usage of IBM Blockchain, a public cloud service that customers can use to build secure blockchain networks

Blockchain is growing — so much is clear. It is described as ‘an incorruptible digital ledger of economic transactions that can be programmed to record not just financial transactions but virtually everything of value’, by Don and Alex Tapscott, the authors of Blockchain Revolution. In essence, it allows for individual data (such as education and employment history) to be stored and interacted with on a secure basis, in real-time.

The growing interest from employees

Where paying employees in Bitcoin once seemed lightyears away, we have now not only approached, but surpassed that station. Numerous athletes In the US are asking their respective teams to pay them their contracts in cryptocurrency. Sacramento Kings owner Vivek Ranadive even recently announced that any employee can ask to have their salary paid in part, or in whole, in bitcoin.

Numerous athletes In the US are asking their respective teams to pay them their contracts in cryptocurrency.

And while US legislation may initially be in the way of widespread bitcoin salary payouts — other countries have reacted swiftly. Toward the end of 2019, New Zealand became the first country to legalise salary payments in crypto. In Europe, the Netherlands, the U.K. and Estonia amended their accounting and tax codes to permit it too. Due to the high volatility of crypto — some payroll services now also operate as an intermediary, so that clients don’t have to hold the currencies on their balance sheets.

Built on speed, transparency and security

There comes a point wherein a craze is no longer a craze. At some point, it becomes part of our integral systems, part of our society. The idea that employees will opt to be paid in bitcoin will undoubtedly translate to hiring strategies — but there’s more to the blockchain craze — with perhaps a huge role for HR and recruiting in the offing.

With its immutable, traceable keys — blockchain can become the digital equivalent of a ‘factory seal’.

Because blockchain is decentralised, TA teams would no longer be dependant on tainted information, such as false information on a resume or job applications. With its immutable, traceable keys — blockchain can become the digital equivalent of a ‘factory seal’. An example of how this’d work is Safe.press, which allows users to check sources and track authenticity of news, information and anything else.

The end of the CV?

58% of hiring managers caught prospective employees lying on their resumes. We recently wrote about Reddit founder Alexis Ohanian’s quest to kill the CV once and for all. Fact of the matter is: recruiters spend a lot of time and money gathering flawed pieces of information that are proving to be less and less useful in predicting employee success. With an increasing globalising workforce, recruiters are tasked with more of an impossible job than ever before, as many employees will have suited and worked in various countries — making it harder to verify and translate information about the potential employee. 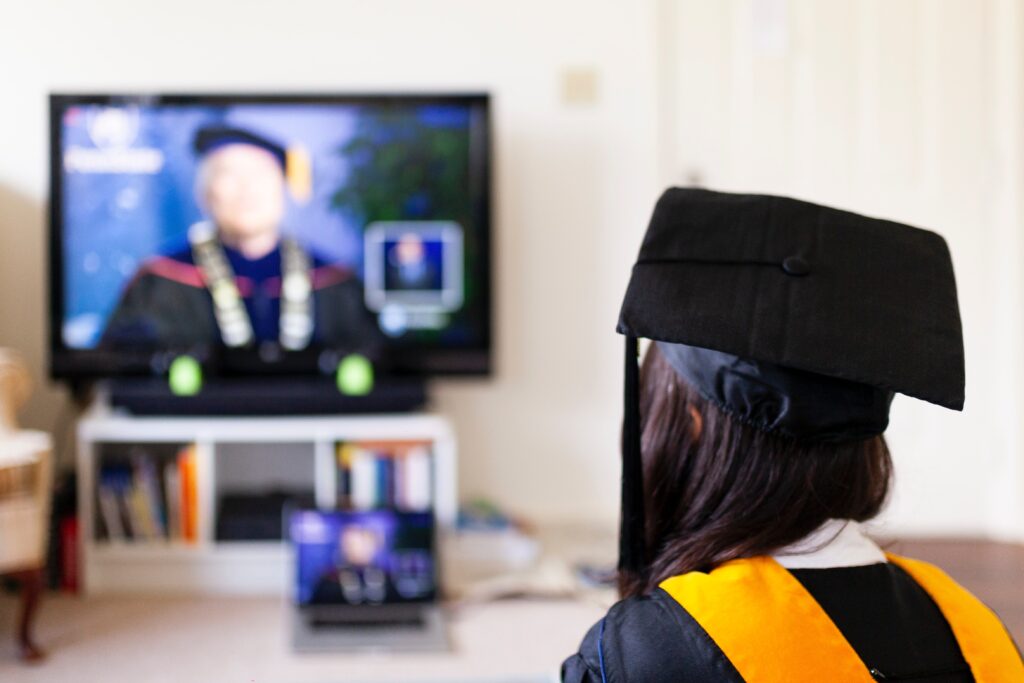 And once candidates have posted their resume to centralised job boards — they have no further say. Blockchain seeks to change that; giving candidates full control over their real-time information. Subsequently, if a pipeline candidate completes a new training or gets promoted — it would be recognised and accredited accordingly within the blockchain sphere, in their accounts. Nine prestigious universities have already collaborated on a digital, blockchain-based credentials initiative.

It’s important to understand that Blockchain is, by all means, still very much a work in progress. But as far as potential goes — there’s ample reason to speculate what a decentralised environment could do for recruiting purposes. For job boards, that could mean that the writing is on the wall. Right now, they serve companies as a distributor of vacancies — in attempt to gather a nucleus of candidates.

Fake job adverts often live freely on recruitment sites for weeks on end — resulting in little trust on the employee side.

Recruitment-related fraud is on the rise by a whopping 300%, says Keith Rosser, chair and board director of SAFERjobs, a non-profit organisation created by the Metropolitan Police to combat criminal activities targeting job seekers. Fake job adverts often live freely on recruitment sites for weeks on end — resulting in little trust on the employee side.

“This may sound super strange and transactional but by acknowledging a candidate’s value you automatically create a more respectful, value-driven dialogue between you and them.”

The transactional value of a CV may, therefore, change — this article argues. “Imagine a situation where, rather than paying a job board to access CV’s, you pay (the best) candidates directly in order to download their data or contact them”, it reads. “Those with the best resumes are rewarded with a micro-payment. This may sound super strange and transactional but by acknowledging a candidate’s value you automatically create a more respectful, value-driven dialogue between you and them.”

From pipe dream to reality

In December of 2020, Cornerstone became the first to officially integrate its Applicant Tracking Software (ATS) technology under the umbrella of Velocity Network, an open source, vendor-neutral platform consisting of industry leaders in TA and recruiting such as Randstad, Cornerstone and SAP, who joint-manage nearly 1 billion unique CVs and profiles. They have set out to put people back in control of their data and have built a globally accessible, trustworthy ‘Internet of Careers.’

In October they allowed the first ever applicants to complete their job applications through blockchain. The two applicants collected all their relevant credentials issued to them over their careers — and opened their blockchain wallet on their smartphone. From there on, they scanned a QR code on the job description, tapped ‘accept’ — and boom, they were in the application process. All that was left for the employer, was to open their ATS and find a bunch of (validated) data points they needed: the contact info, job history, credentials and education history.

“Just like any business decision, recruiting is about gathering clear data as quickly as possible and rapidly making decisions with long-lasting impacts.”

Ike Bennion, product marketing strategist at Cornerstone, described the process as ‘breathtakingly simple, but with powerful ramifications’. “Just like any business decision, recruiting is about gathering clear data as quickly as possible and rapidly making decisions with long-lasting impacts”, he wrote. “For decision-making in the rest of the business, like finance or operations, you can more easily gather data about projected return on capital or machine throughput, but workforces are more complicated to gather data from. That is, until now.”