HomeNewsStrategy“Employer branding isn’t about getting new talent, it’s about an engaged workforce”

“Employer branding isn’t about getting new talent, it’s about an engaged workforce”

You’re not prioritising the right things if your employer branding solely focuses on acquiring new talent.“It’s all about an engaged workforce”, says Social Talent CEO Johnny Campbell, who recently joined Ph Creative’s Dave Hazlehurst for a captivating behind the scenes chat.“It’s never been more important to focus on your current staff”, they say.

You could quite frankly listen to the pair for hours: Dave Hazlehurst and Johnny Campbell. With his Liverpudlian roots and subsequent appealing Scouse accent, Ph Creative‘s Hazlehurst is able to speak with such energy about his profession. There are plenty of people who are passionate about their work, but few are able to do it in such manner that keeps you watching, wanting more. The very same applies to his webinar guest, Johnny Campbell, Social Talent’s CEO.

There are plenty of people who are passionate about their work, but few are able to do it in such manner that keeps you watching, wanting more.

By now you may recognise Campbell’s green T-shirts. Social Talent has well and truly developed into a market leader. “It is an online learning platform to upscale and align their hiring needs”, Campbell explains. “We have expert knowledge that we try to bring into the platform. If you’re in a hiring or talent acquisition team, you get access to the best insights and knowledge. All to make hiring better.”

The world has changed

The two started their conversation going over recent trends. After all, the last few months have dramatically changed the recruitment and hiring landscape. “Motivationally, the last four months have changed people to what their priorities are”, Campbell says. “They are more value-driven more than ever before.” According to Campbell, one pioneer in that process of change is the social justice movement in the United States, and everywhere round the world.

“People have been resigning from companies. Their company’s values haven’t changed, but people’s values have.”

“People saw something happening that has always happened. It has been terrible for many years, but it seems we’ve finally woken up to it now. Four months of the pandemic made people go: ‘hang on a second, it’s actually not acceptable.” And according to Campbell, the same has happened in the working environment. “People have been resigning from companies. Their company’s values haven’t changed, but people’s values have.”

With the social justice movement on everyone’s conscience, it appeared some companies simply felt they had to do something with it. “It appeared some marketeers just couldn’t help themselves, in an attempt to take advantage of the situation”, Hazlehurst says. “I think some companies moved too fast, and said: ‘Let’s do something with it, because everyone else is.’ We’ve reached a point where candidates and people are able to see through that now.” 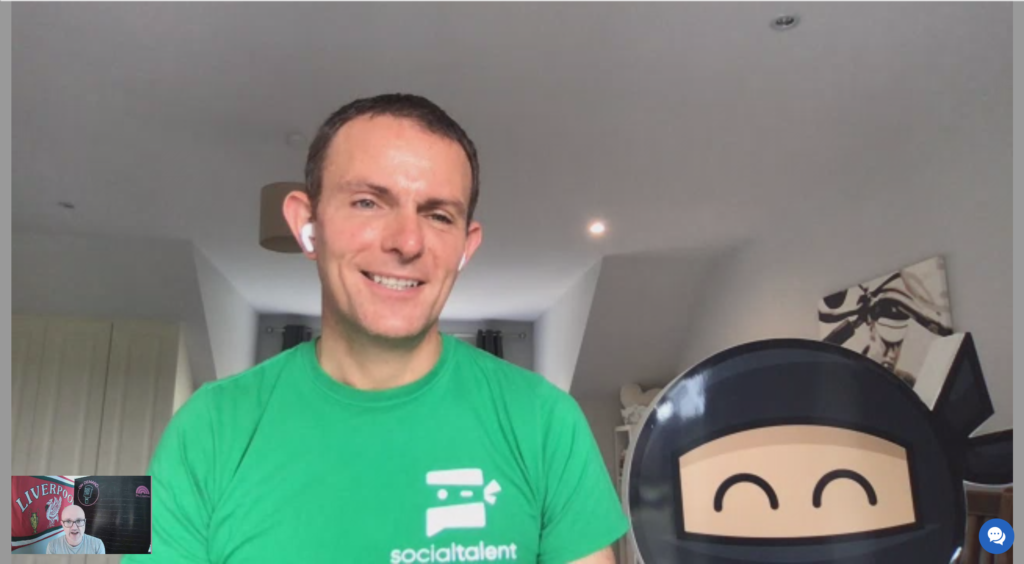 Albeit with peaks and throughs, employer branding has always been a topic of conversation. According to Campbell, however, it is a pretty easy thing to misconstrue. “Employer branding isn’t about acquiring new talent”, he says. “The prime measurable should be: do you have an engaged workforce? That will lead to new people wanting to come work for you.”

“The only thing you can do is make it an awesome party, and the rest will work itself out.”

Campbell compares it to a situation where you’re 16-years-old, and you want to throw a party you want as many people as possible to attend. You’ve had your eye on Susannah for some time now, but she’s part of the school’s cool kids. How do you get Susannah to attend? “Should you make fancy flyers? Nope. The only thing you can do is make it an awesome party, and the rest will work itself out.”

Focus on your staff

Employer branding should be all about the people who are at your party, rather than focussing too much on people who might come. “It’s never been more important to focus on your current staff”, Campbell says. “You may not know when you’re hiring, but you should use this time to show the voices of your staff. Give them opportunities to connect. It’s time to double-down on that.”

“From when they are hired to when they leave, that’s the employer brand.”

“Your brand is going to be more important than before COVID-19”, Hazlehurst adds. “And lots of people think of selling outwardly, but employer branding is made up out of the experience and feeling throughout the entire talent journey. You can still look to attract talent, but you really have to think about the employer experience. Particularly in these times when people are furloughed, how you treat people is going to be really important. From when they are hired to when they leave, that’s the employer brand.”

Will the post-Covid workplace really be Back to Better?

Trading places in job interviews: what questions are candidates a...